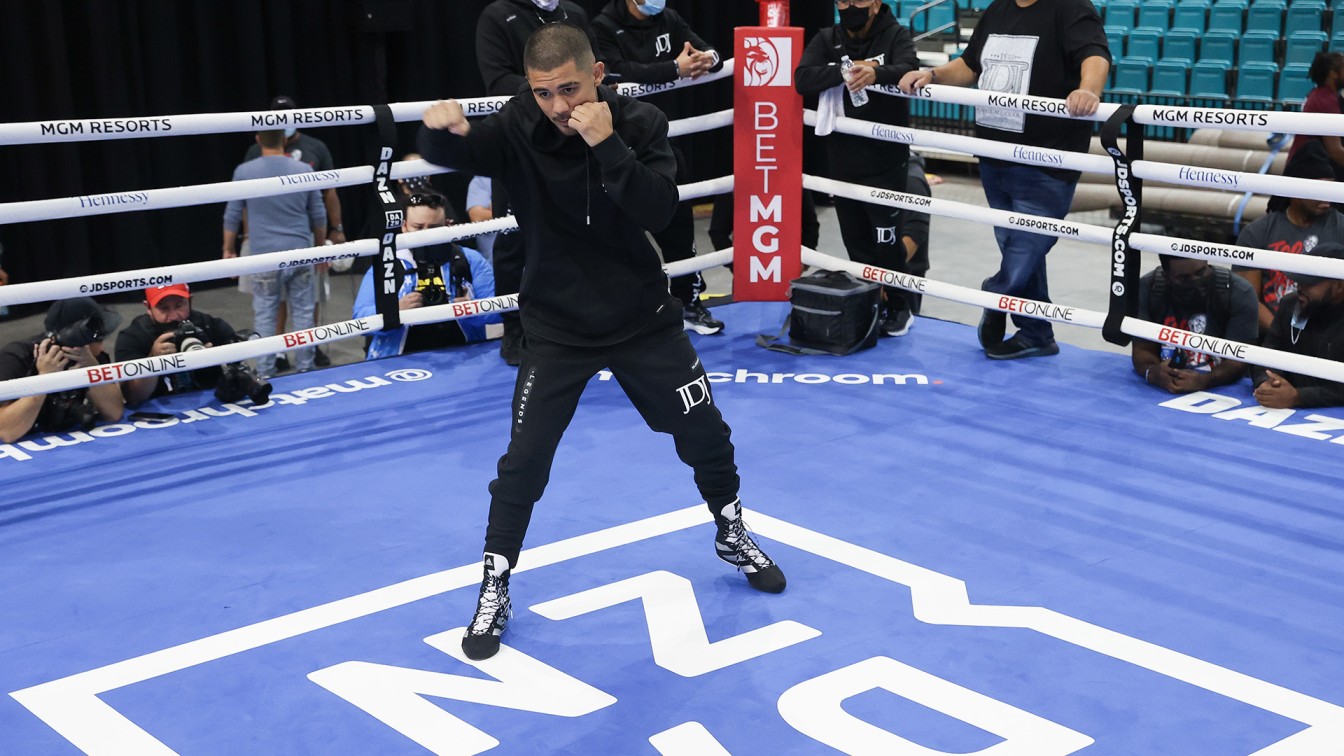 Diaz: I have more tools than just experience to beat Haney

Joseph ‘JoJo’ Diaz says that people are sleeping on his speed, power and skills as he prepares to challenge Devin Haney for the WBC World Lightweight title at the MGM Grand Garden Arena in Las Vegas on Saturday December 4, live worldwide on DAZN.

Diaz, Jr. (32-1-1 15KOs) bids to become a two-weight World champion in Sin City, having previously come out on top in a Matchroom vs. Golden Boy fight when he took the IBF Super-Featherweight title from Tevin Farmer in Miami in January 2020.

The 29 year old landed the interim WBC strap in his first fight at 135lbs in July against Javier Fortuna, and now takes on another big task in the shape of the undefeated green and gold belt holder Haney (26-0 15 KOs).

Diaz, Jr. has a clear edge in experience over the 23 year old champion, with the 2012 Olympian having 101 more pro rounds under his belt than Haney, but Diaz, Jr. says that wisdom isn’t the only thing that gives his the edge over the defending king.

“Experience will be a key factor in my victory, but my power, speed and boxing ability are important too and I think that they are being underestimated,” said Diaz, Jr. “I’m a 2012 Olympian, I’ve been a World champion, I’ve boxed great fighters and I’ve paid my dues to get here. I’m here for a reason and from my hard work, and that’s going to be the difference.

“Devin is an elusive and smart defensive fighter, but I don’t feel he has the experience that I have. He has good range, and he uses his jab to keep on the outside, but it’s nothing I haven’t seen before, I’ve seen multiple styles in the ring and whatever he brings, I’ll adapt.

“I feel that he’s the kind of guy that doesn’t have confidence in himself and he needs people around him to boost, build and gain his confidence. Me – I am self-confident, self-motivated, I know what I am doing and what I am capable of, and I am going to get him out of there.”