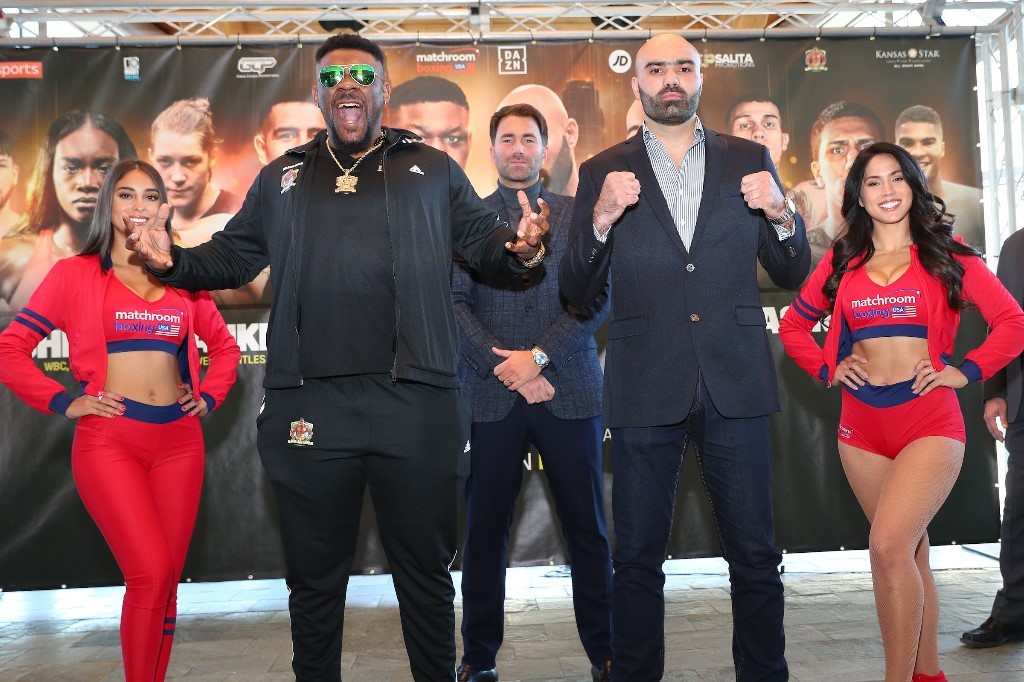 Bogdan Dinu believes he will shut Jarrell Miller up and crash into the top Heavyweight scene when they clash at the Kansas Star Arena in Mulvane, KS on Saturday night, live on DAZN.

Dinu and Miller’s clash will open the doors to some of the biggest names in the division in 2019, and ‘Big Baby’ Miller has been typically outspoken in calling to face a big-name British fighter should he emerge with the win in Kansas – and told Dinu at today’s press conference that he will KO him in spectacular style.

The Romanian – who is a special services police officer as well as unbeaten Heavyweight contender – is glad the talking is all over, and the 32 year old, who has sparred many rounds with World ruler Anthony Joshua, is confident of causing an upset.

“Jarrell is a good talker but I don’t care, I catch guys like him every morning,” said Dinu. “The talking stops on Saturday night. It’s so exciting for me to fight in America, it’s a great opportunity. My team have given me an amazing chance and its’ up to me to take it.

“I have worked hard for many years to get this opportunity and I want to do a great job on Saturday night.

“I have a lot of experience and I have no fear of him, I know I can beat him, my style and my heart is enough to win the fight.

“I’ve sparred many excellent fighters like Anthony Joshua. That’s great experience, he’s a great champion and a real gentleman. He deserves his place as the best in the world.

“It was a great test for me to see where I am and being with AJ motivated me, taught me a lot and it was valuable. We did a lot of rounds before Wladimir Klitschko and the Carlos Takam fights.”

Dinu’s clash with Miller is part of a huge night of action in Kansas in association with KO Night Boxing with a host of stars and local talents in action.

Middleweight contenders Luis Arias and Gabriel Rosado clash in what promises to be a real war as the pair look to gatecrash the lucrative top table, and there’s an all-Mexican clash and a homecoming for Brandon Rios against Ramon Alvarez, brother of ‘Canelo’, as both men look to make a splash at Welterweight.

Unbeaten Light-Heavyweight contender Anthony Sims Jr. and Brooklyn’s exciting newcomer to the Middleweight scene Nikita Ababiy, fresh from a first round KO on debut in Chicago in October, are also in action.