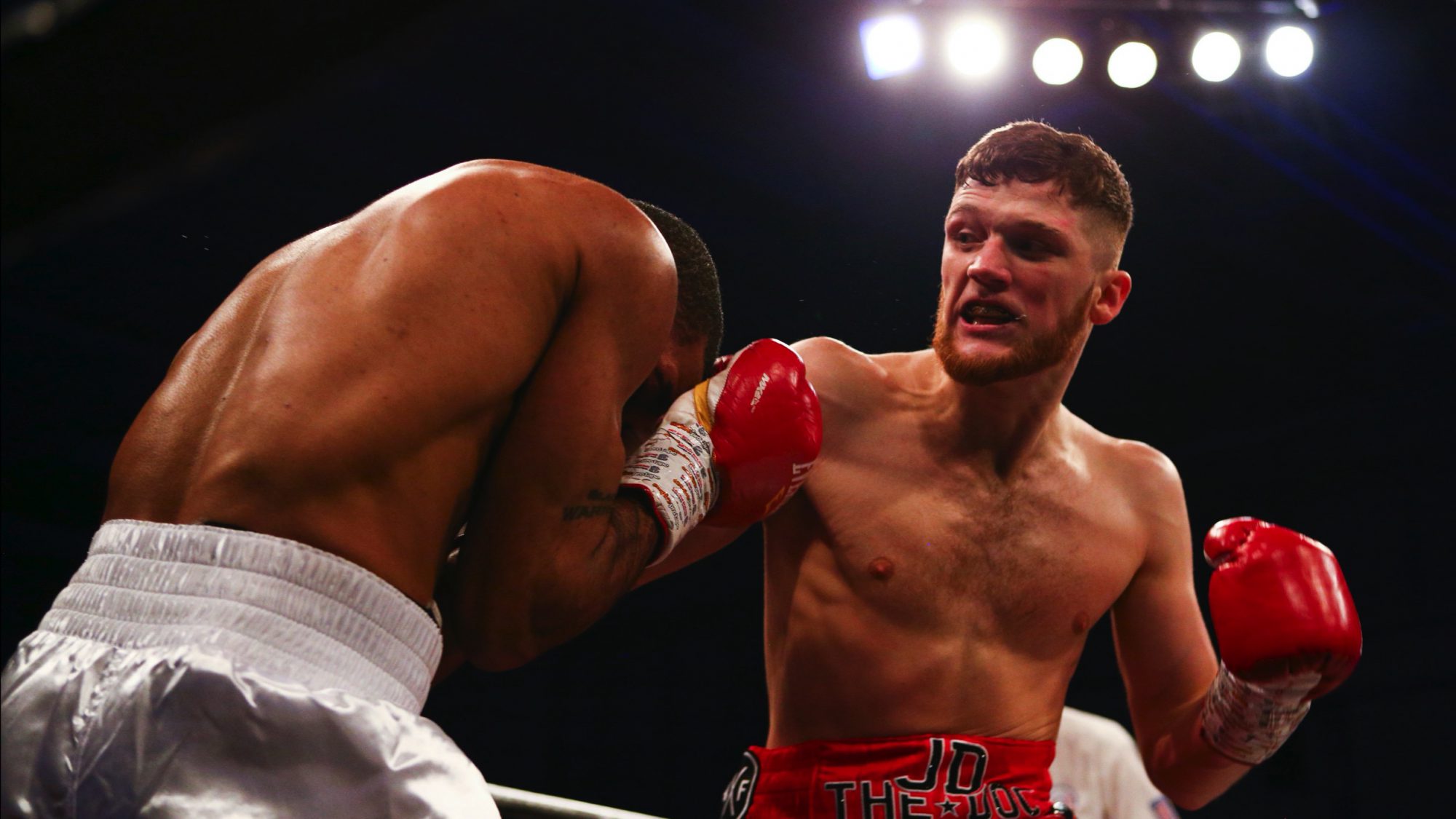 Docherty – I’d Love To Headline A Nxtgen Show In Scotland

Rising Super-Middleweight talent John Docherty says he would love to headline a JD NXTGEN show in his native Scotland as he gears up for a ‘breakout’ 2020, starting with a six round contest against the Czech Republic’s Stanislav Eschner on the undercard of Kell Brook vs. Mark DeLuca at the FlyDSA Arena in Sheffield next Saturday.

The former Team GB member, now training under Tony Sims alongside Scottish fight legend Ricky Burns in Essex, made an explosive start to life in the professional ranks, demolishing his first five opponents inside the distance to earn a reputation as one of the hardest-hitting 168llbs prospects in the UK.

That KO streak came to an end when ‘The Doc’ went the distance for the first time in his career against experienced journeyman Darryl Sharp at the Exhibition Centre in Liverpool followed by another points win against Lewis van Poetsch at the Metro Radio Arena in Newcastle.

Despite banking some much-needed rounds in his learning fights against Sharp and Poetsch, the Montrose man is eager to get back on the KO train as he continues to work towards his first professional title opportunity in 2020.

“I had a rest over Christmas but not much as I knew I had this fight just after new year and this is a fight that I am really looking forward to putting on a show,” said Docherty. “I had an active 2019 but I’m used to fighting a lot because of my amateur background. I was performing and getting KO’s meaning I was consistently on the shows. It is just important for me to keep winning and looking good at this stage.

“I learnt so much from my last two fights against experienced journeymen in Sharp and Poetsch. They’re both slippery customers and know every trick in the book, so it was all good learning experience which is what I need at this stage of my career. Saying that, there’s still no better feeling than getting a big KO and the fans will be seeing more of that in 2020.”

Proud Scotsman Docherty has only boxed in his homeland once since turning over in October 2018, blitzing Wilmer Gonzalez in one round at the SSE Hydro in Glasgow, and the Commonwealth games bronze medallist hopes the recent signing of slick Bantamweight contender Kash Farooq might persuade promoter Eddie Hearn to venture north of the border again.

“I would love to headline a NXTGEN show, especially in Scotland! I have this fight and then an eight rounder shortly after. If the title fight comes it comes and I am ready to take that opportunity. I want the step-up to come, I am ready for it. There is a lot of good Scottish fighters at the moment so fighting back up there is something I want to do, with the likes of Ricky Burns and Kash Farooq it’s definitely possible.

“2020 is a big breakout year for me, it’s a massive year. I want to get a big fight this year and show everybody what I am all about. I have got the rounds banked in my last two fights but now I want to get back on that KO streak, hopefully starting in Sheffield. Anyone who wants it, they can get it. Simple as that. I’ll come to your back yard!”

Docherty vs. Eschner is part of a huge night of action in Sheffield.