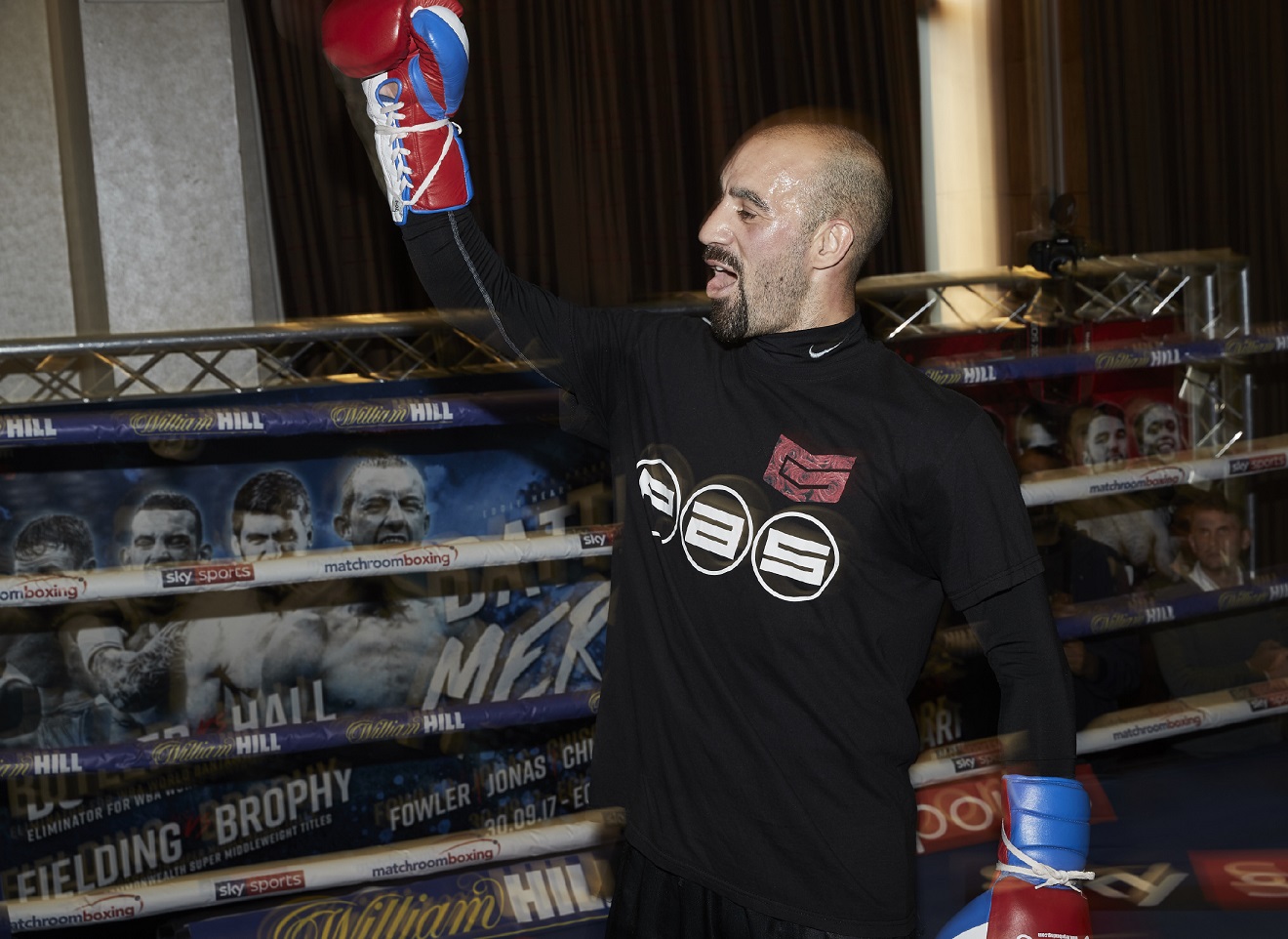 Sean ‘Masher’ Dodd says he’ll drag Tom Stalker into a fight when they meet for Dodd’s Commonwealth Lightweight title at the Echo Arena on Saturday night, live on Sky Sports.

Dodd puts the title on the line for the first time against Stalker, who has branded the popular Birkenhead man as ‘terrible’ in a feisty build-up.

‘Masher’ has brushed off the jibes from the London 2012 Team GB Olympic captain as he looks to continue his fairytale rise – and the champion has launched his own attack on Stalker, claiming the challenger will crumble when he drags him into a war.

“The pro game is about fighting and he cannot fight to save his life,” said Dodd. “It’s a tough fight, he was GB captain and he wants the fight so he thinks he can beat me easy. I get the credit from my fans and that’s all that matters to me. I will fight anyone to forward my career, and Tom’s next – he doesn’t respect me now but he will at the end of the night.

“He can box, he’s a great boxer, but anyone can box for a couple of rounds but this is the fight game where you have to stand there and fight and he doesn’t believe in himself to do that and that’s why he hasn’t done anything as a pro.

Dodd and Stalker clash on a stacked bill on Merseyside as Paul Butler and Stuart Hall rematch in an eliminator for the WBA World Bantamweight title.

Liverpool’s Rocky Fielding defend his British Super-Middleweight title for the first time against Scotsman David Brophy, who puts up the Commonwealth strap he won in fine fashion in Australia in March.