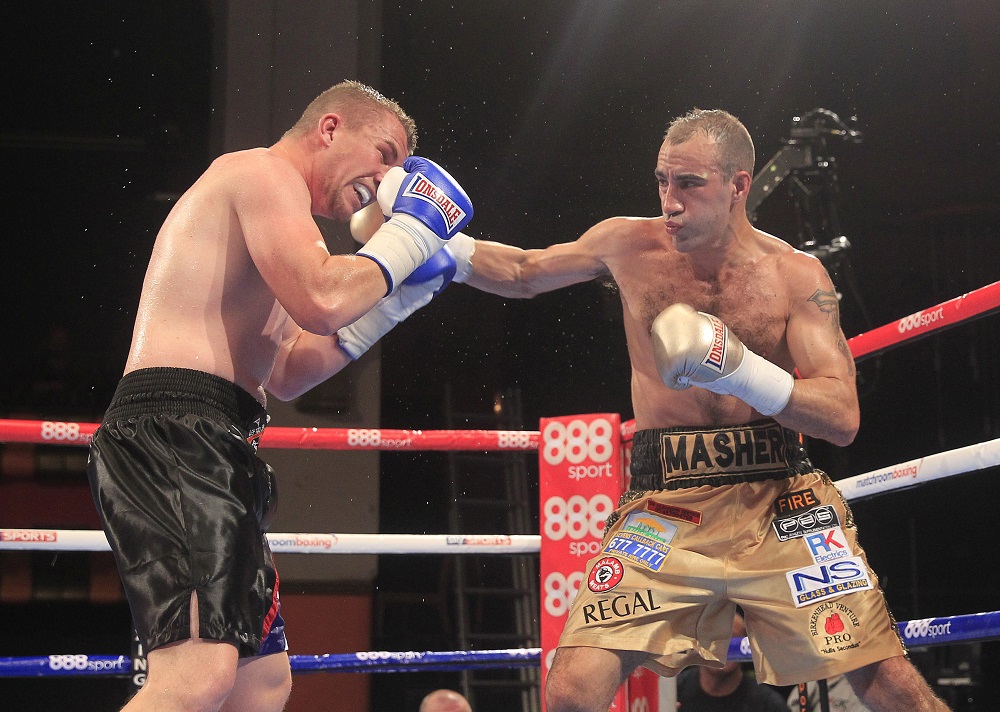 Sean ‘Masher’ Dodd will challenge Scotty Cardle for the British Lightweight title at the Echo Arena in Liverpool on November 7, live on Sky Sports.

Dodd earned his shot at the unbeaten Lytham St Annes champion with a gutsy win over Gary Buckland at the Liverpool Olympia in September, stepping in at late notice to replace Cardle against the Welshman and outpointed the former two-weight British champion over ten tough rounds on Merseyside.

Cardle makes the first defence of the title he landed in May against Craig Evans, recovering from the leg injury that afforded Dodd his chance to face Buckland – and the Liverpool man plans to grab his dream shot with both hands.

“I can’t believe what’s happened in the last few weeks, it’s brilliant,” said Dodd. “I had a couple of days’ notice for the Buckland fight, now I have plenty of time for the Cardle fight.

“I had been talking about Area titles so this is just amazing, to fight at the Echo Arena for the British title against a top fighter. I am so excited and I am going to be well prepared for it.

“I’ve always had fantastic support in Liverpool from my first fight in the amateurs to the Olympia, so it’s going to be a special night for them too.”

Dodd’s clash with Cardle is part of a huge night of action in Liverpool with the coveted British title playing a central role as Callum Smith and Fielding meet for the Super Middleweight version, Chris Jenkins and Tyrone Nurse facing a rematch for the Super Lightweight title and Tom Doran facing Rod Smith in an eliminator for the Middleweight title.