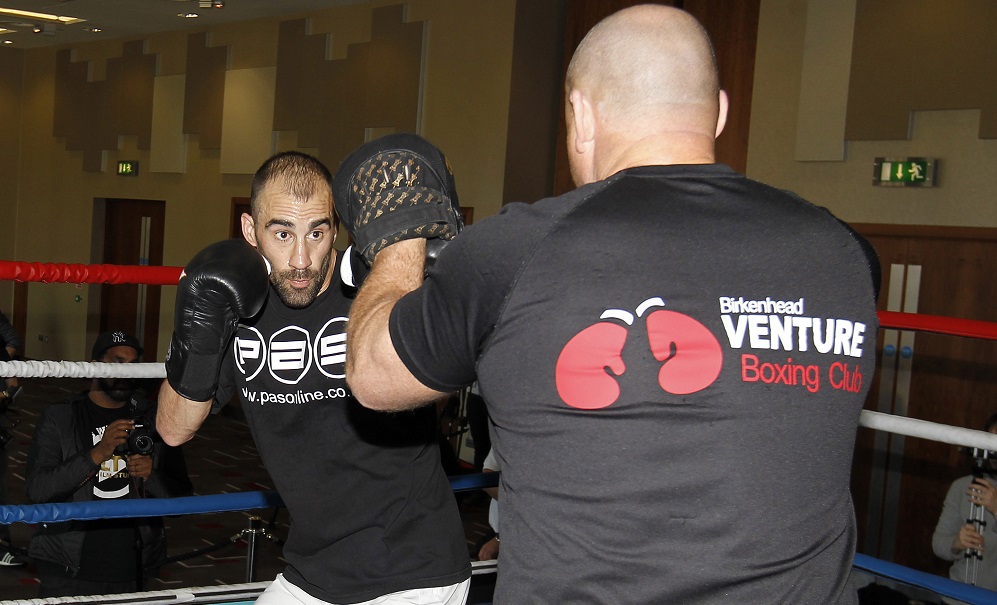 Dodd ‘over The Moon’ At Wbc International Shot

Sean ‘Masher’ Dodd is ready to put his British title heartache behind him and break into the World scene by landing the WBC International Lightweight title against Pasquale Di Silvio at Goodison Park on Sunday, live on Sky Sports.

Dodd came close on two occasions to taking Scotty Cardle’s British crown in their meetings at the Echo Arena in November and April but fell agonisingly short on both nights.

The Birkenhead man’s stock has risen dramatically following both his fights with Cardle and his win over Gary Buckland at late notice in September to get the Cardle clash, and Dodd believes that he will finally get his hands on a title in his clash with the experienced Italian.

“I am over the moon to be on the show and to have this fight,” said Dodd. “It is great to be fighting for a title and I am excited to get in there on Sunday. It is a great card and to be a part of it on a massive night for the city.

“He is a tough Italian fella. He has done almost as many ten and 12 rounders as I have had fights. He is a little bit older than me so it could be his last chance and that could make him very dangerous. He has a lot of things in his favour and I am expecting a very hard fight.

“A win can get me a world ranking with a win and to get into the rankings so soon isn’t something I would have expected a year ago.

“Taking these opportunities has given me a life I didn’t have. I am feeling good and very hungry and I cannot wait to get back out there. I am an entertainer and I am going to rise up to this level, put on a good show and win this title.

“In the gym I am feeling confident and I feel that I have moulded into the professional lifestyle so well. I feel like I am on a level to fight Di Silvio and for the WBC International title.”

While Dodd is feeling good about his chances, the 31 year old can be forgiven for have been down in the dumps following his second meeting with Cardle last month.

Having been stopped by the Lytham St Annes man in the final round of the first contest when he was in front on the cards, Dodd and his fans were certain that he’d done enough to get the nod in the rematch only for the judges to rule the contest even – but landing a huge fight at Everton has helped Dodd get over the disappointment of the rematch.

“I know a lot of people were upset with the last decision, as was I, but it’s ancient history now, I have put it behind me and I am looking to the future,” said Dodd. “I have a bigger fight now and I am moving on and moving up.

“Decisions are out of my hands so I am more interested in how I perform. Every time I have stepped up I have performed well. In boxing it is about listening to your coaches and the tactics, not going out there all gung ho.

“Every style has a weak link so I have been listening a lot more to my coaches. I have always listened but even more so now because bigger things are at stake. I have been nailing the tactics and the performances have been showing.

“From where I have come from in the last fight, it has left a lot of hunger so I am going to go out there and grab this by both hands. It is a big opportunity and I don’t let those go by. It doesn’t get much bigger than fighting at Goodison Park.”

Dodd’s clash with Di Silvio is part of a huge night of action at Goodison Park as Tony Bellew aims to land the vacant WBC World Cruiserweight title at the home of his beloved Everton against Congo KO star Ilunga Makabu.

Stephen Smith looks to bounce straight back from his brave World title challenge by taking on Daniel Brizuela for the vacant WBC Silver Super-Featherweight title, and he’s joined on the bill by his Super-Middleweight brothers Paul and Callum.