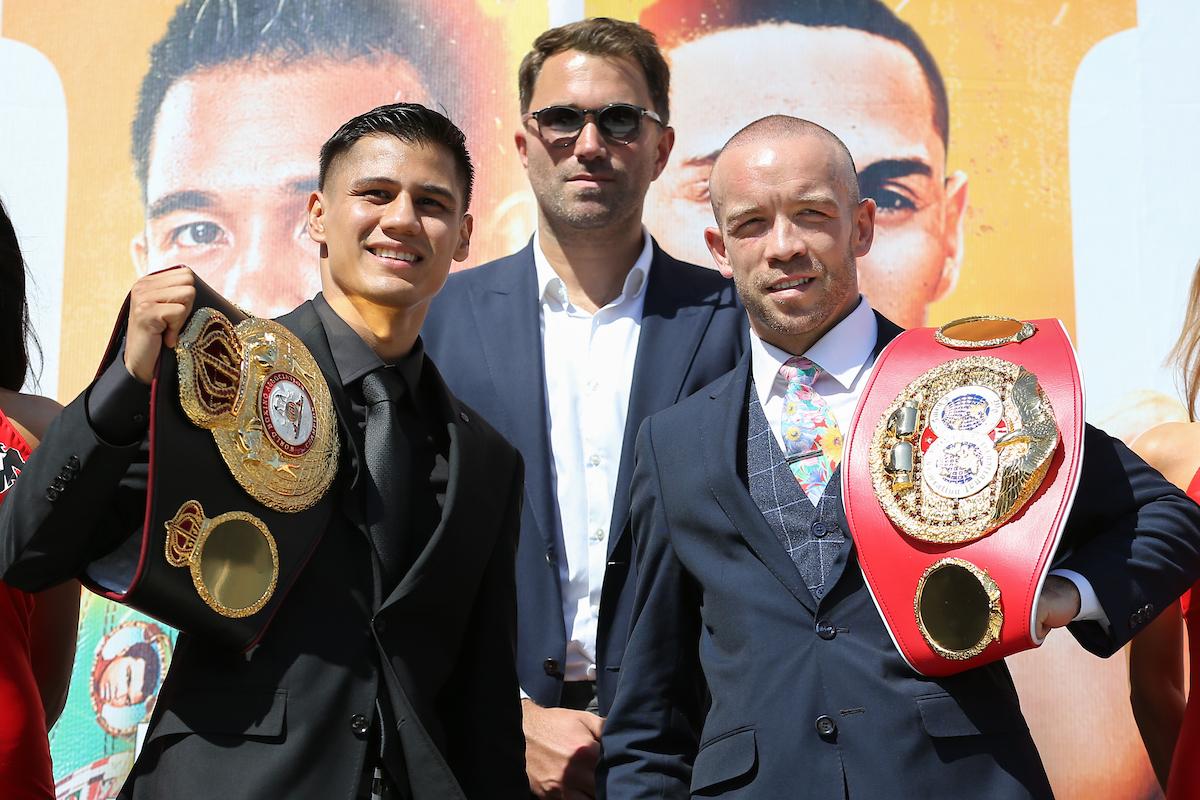 TJ Doheny is not a man to make big predictions – but the Irishman says his Super-Bantamweight unification clash with Daniel Roman will produce fireworks at The Forum in Inglewood, Los Angeles on Friday May 25, live on DAZN in the US and Sky Sports in the UK.

Doheny (21-0 15 KOs) is on the road again having landed his IBF strap in Japan against Ryosuke Iwasa in August. The Australia-based Irishman then saw off another tough fighter from the land of the Rising Sun in Ryohei Takahashi in New York in January in his first defense, grinding the challenger down with an 11th round stoppage.

Doheny sees similarities in his opponent, as Roman (26-2-1 10 KOs) ripped his WBA title from Ryo Matsumoto in Japan in February 2018. The LA star comfortably brushed aside Moises Flores on points in June in Dallas before swatting aside the challenge of Gavin McDonnell in Chicago in October with a tenth round stoppage.

Doheny and Roman tussle for 122lbs supremacy on Friday night and the 32 year old says that he and Roman are doing exactly what champions should do – raise the bar towards greatness.

“My prediction? Fireworks!” said Doheny. “It’s not my style to predict too much, but the fans can expect a great fight. I know Danny is going to bring it and you better believe that I am more than ready for anything he brings.

“We’re the top two guys in the division. He wants to unify, I want to unify, it’s what all the top champions should want to do. I keep saying – you win the world title and it’s a dream come true, but then you have got to raise the bar. Fair play to Danny for taking the unification on, it’s what the fans want, it’s what we both want, and it’s great for boxing. You want to unify the division and cement your name at the top.

“When Danny challenged me in the ring in New York he said he had a lot of respect for me as I won the World title in Japan like he did. We have a similar story, he’s a respectful guy, he’s a great fighter, he’s got a great punch selection and he’s in his hometown so he’s going to bring it – but he has to bring his best.

“I always say you could lay golden eggs and people still wouldn’t be happy. If you get through this, people are still going to want you to be undisputed, that’s fine, you raise the bar again. Become undisputed? Then you have to move up and become two-weight World champion. These are all the things in the future, but tomorrow night is all that’s on my mind.

“I’ve been getting a lot more exposure now, I expected some negative feedback maybe but it’s all been positive. The support back in Ireland has been massive too through Sky Sports, people that know me will tell you that I don’t crave the attention, but I think it’s something i deserve having achieved what I achieved and in the fashion I did it in.

“I’m a bit of a road warrior. It’s exciting for me to be able to box in all these places like Tokyo, New York, Sydney, and now LA – I thrive on it. It’s the stuff of dreams and I’m here living it.”

Roman and Doheny clash on a blockbuster night of action topped as Srisaket Sor Rungvisai (47-4-1 41 KOs) puts his WBC and Ring Magazine Super-Flyweight titles on the line in a rematch with Juan Francisco Estrada (38-3 26 KOs).