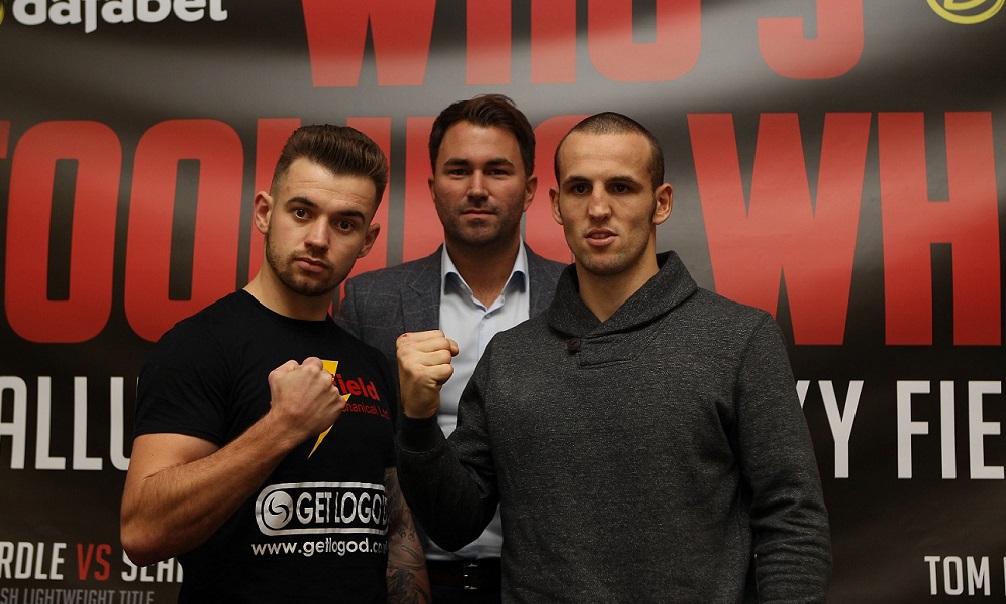 Doran: I Want Blackwell Next

Tom Doran has told Nick Blackwell he’s gunning for his British Middleweight title – after he sees off Rod Smith in an eliminator clash at the Echo Arena in Liverpool tomorrow night, live on Sky Sports.

Doran moved back into title contention in February when he landed the Prizefighter title in style in Blackpool, Craig Cunningham, Luke Keeler and Cello Renda. That win put him into the limelight and Doran says he has timed his run perfectly to take the title from Nick Blackwell in 2016.

“Nick Blackwell needs to get that Lonsdale belt polished for me,” said Doran. “I don’t think Blackwell’s amateur background was that extensive and I really fancied John Ryder to beat him back in May. I felt that Ryder would be too big and strong for him. Credit to Nick though, he dug in and stopped him. He’s getting better with each fight that passes and I’m relishing the opportunity to get in the ring with him – after I’ve dealt with Rod Smith of course.

“I’ve got the style to cruise the odd rounds with my boxing against Rod Smith – I haven’t watched much of him. He’s going to come at me all guns blazing, but from what I’ve heard he’s not a massive puncher – but my class will show and I’m confident I will outbox him.

“I believe that I had enough experience before I took a break from boxing for three years to go for a British title then. I didn’t though and I feel better for it experience-wise now. I feel that I’m maturing in and out of the ring – they are all big fights now.”