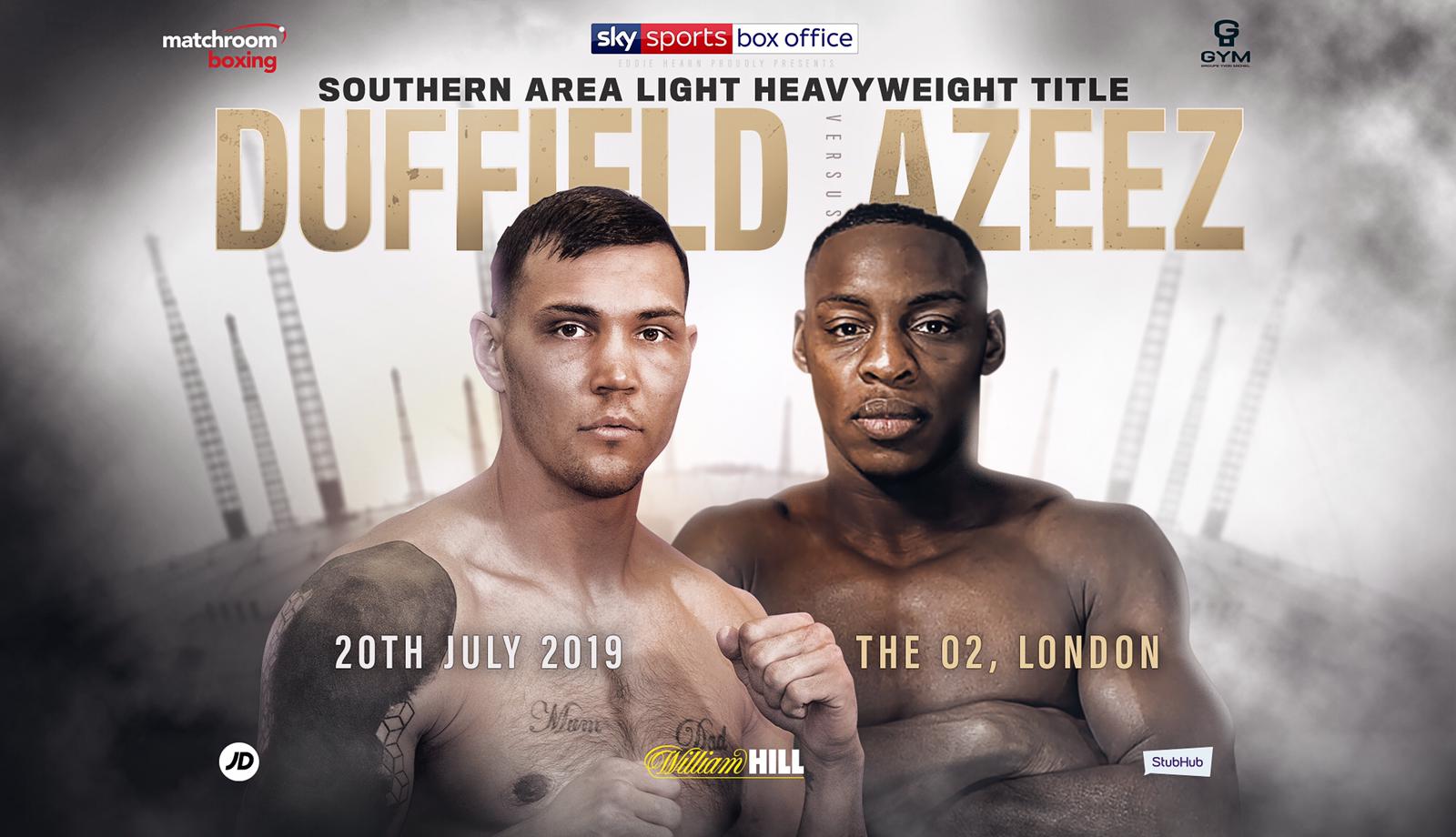 Duffield And Azeez Meet In All-london Clash At The O2

Charlie Duffield and Dan Azeez will meet in an all-London clash for the Southern Area Light-Heavyweight title on the undercard of Dillian Whyte’s Heavyweight showdown with unbeaten Colombian Oscar Rivas at The O2 in London on July 20, live on Sky Sports Box Office.

Canning Town’s Duffield (7-1, 6 KOs) bounced back from a first career defeat in 2016 with four straight victories and the heavy-handed Mark Tibbs fighter is delighted to be fighting for his first professional title as he looks to climb the domestic ladder at 175lbs.

Lewisham’s Azeez (8-0, 5 KOs) has earned his first title shot with eight straight wins since turning over in 2017 and the former amateur standout is promising to deliver a memorable performance in his first opportunity on the big stage.

“I’m really looking forward to this one,” said Duffield. “It’s a really big platform on Sky Sports Box Office and a great opportunity for me to showcase what I’m really about. It’s going to be a cracking fight on July 20, I’m preparing for a war. Mark Tibbs has got the best out of me and he’s pushed me to my limits – that’s what I need in a trainer. I’ve got to say a massive thank you to Dillian Whyte for helping me get this opportunity, he’s been like a big brother to me.

“This is massive for me. I’ve always told people that these four rounders are no good for me because I only start warming up in the second and third rounds. I’m a pretty slow starter and I come on strong in the later rounds. I haven’t been able to showcase that yet but this is a championship fight and I’m going to get my head down and train hard. Under the guidance of Mark I think I can go all the way.

“I’ve seen lots of Azeez and he’s very good. He’s kept really busy which should stand him in good stead for our fight. I never underestimate my opponents but I’m going to let my hands do the talking. When I catch people cleanly with those 10oz gloves they don’t get up. Nobody has seen the best of my yet but they will on July 20.”

“I’m happy to get my first title shot,” said Azeez. “It’s a pleasure to have it on a huge Matchroom Boxing show. I’ve got to thank MTK Global for sorting it out for me. I’ve worked hard to get into this position with some good performances and I’ve stayed very active. The fashion of my wins has made a lot of noise and put me in this position to be mandatory for the Southern Area title.

“Charlie Duffield is a big opponent. He’s very strong and he’s a big puncher. He’s won the majority of his fights by TKO so I know he’s dangerous. My current trainer used to train Charlie as an amateur, so he’ll know a lot about him. I’m expecting the best Charlie Duffield to turn up on July 20 so I’ve got to train hard and just keep on doing what I’m doing. I’m sure that will be enough to get my hand raised on the night.”

Duffield and Azeez clash on a huge night of boxing in the Capital.