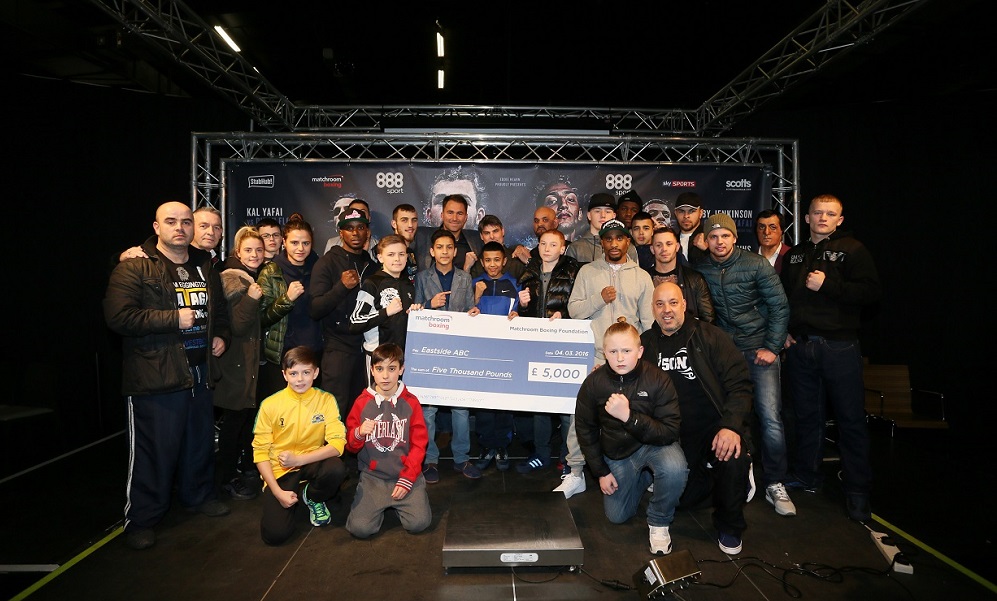 Eastside ABC is the latest club to benefit from a £5,000 donation from the Matchroom Boxing Foundation.

The Birmingham base is home to tomorrow night’s headline star Sam Eggington, who defends his British and Commonwealth Welterweight titles at the Genting Arena in Birmingham, live on Sky Sports.

Eggington’s trainer Jon Pegg and the Eastside ABC team are ready to roll their sleeves up and start work on converting the top floor of the gym, expanding the gym and allowing them to open their doors to more young kids in the city.

“We’ve got big plans for the Eastside and this money is going to turn them into a reality,” said Pegg. “We want to turn the top floor into a circuit room with more bags in, and this money will make that happen. Once we’ve made the changes, we’ll be able to double our intake at the gym and both the club and members old and new will benefit.”

Hearn added: “Jon Pegg and the rest of the coaches at the Eastside ABC work tirelessly for the young amateurs and talented pros in the gym. It’s great to hear that the injection of funds is going to help their ambitious plans to expand and ultimately encourage more youngsters to go down and take up boxing, which is what the Foundation is all about.”