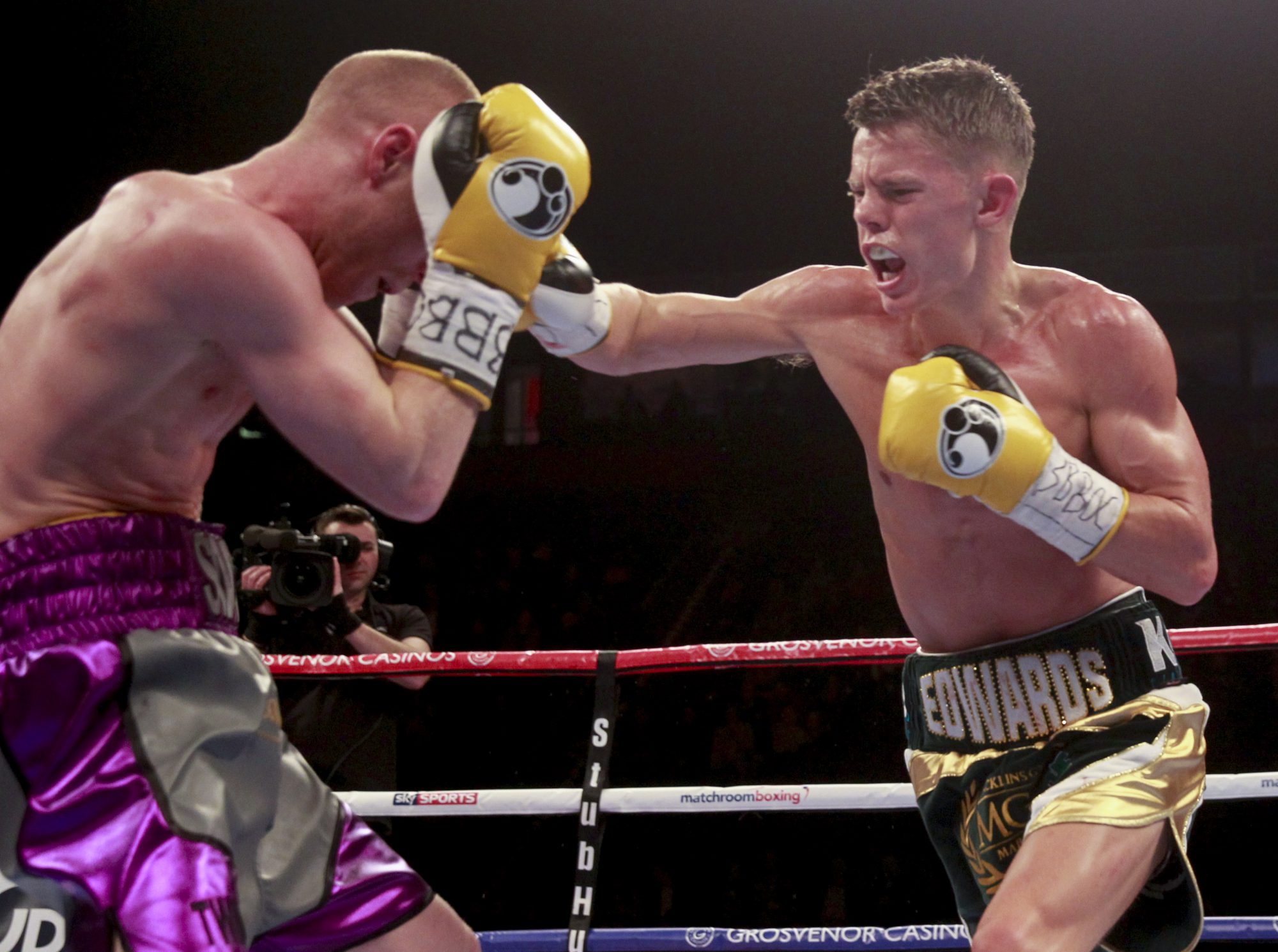 Edwards: I Have To Put Wilton Away In Style

Charlie Edwards says he must prove he’s ready to fight for major titles this year by kicking-off with a KO win over Belfast’s Luke Wilton at the sold-out Manchester Arena on Saturday night (February 27) live on Sky Sports Box Office.

Edwards clashes with Wilton on the undercard of the huge World Super-Bantamweight unification battle between Carl Frampton MBE and Scott Quigg, and he knows Wilton is going to have a large backing on the night.

The 23 year old landed the English title in his fifth fight and made a successful first defence here in November, and Edwards says tonight represents a huge platform for him to land more big fights this year, with the likes of former European and Commonwealth champion Kevin Satchell on his radar.

“I feel Luke is made for me,” said Edwards. “Luke is an experienced fighter who has been in Kevin Satchell and more recently Lee Haskins. Luke comes forward, he is a plodder – I know I’ll beat him comfortably. With his experience, he will think he can ‘rough me up’ but I will outbox and trade with him if needs be.

“No disrespect to Luke – but quite simply I need to be blowing people like this away if I want to get to the top. Haskins got him out of there in two rounds so I’m determined to make a similar statement.

“The quality of sparring I’ve had for this fight has been the best I’ve ever had. I’ve been sparring Angel Moreno who is fighting for a European title shortly, and trust me I’ve been holding my own. It’s been great experience for me as I’ve learnt so much but also I know I’m not too far away from that level.

“Satchell is someone I have my sights set on in the not too distant future, he would be a good scalp for me. I want all the big names and all the tough fights as I’m confident I can beat them all. The progression I’ve shown already with Danny Vaughan has shown me that we can go right to the top together.”

Edwards’ clash with Wilton is part of a huge night of action in Manchester as Frampton and Quigg put their IBF and WBA Super-Bantamweight titles on the line in a blockbuster bout.