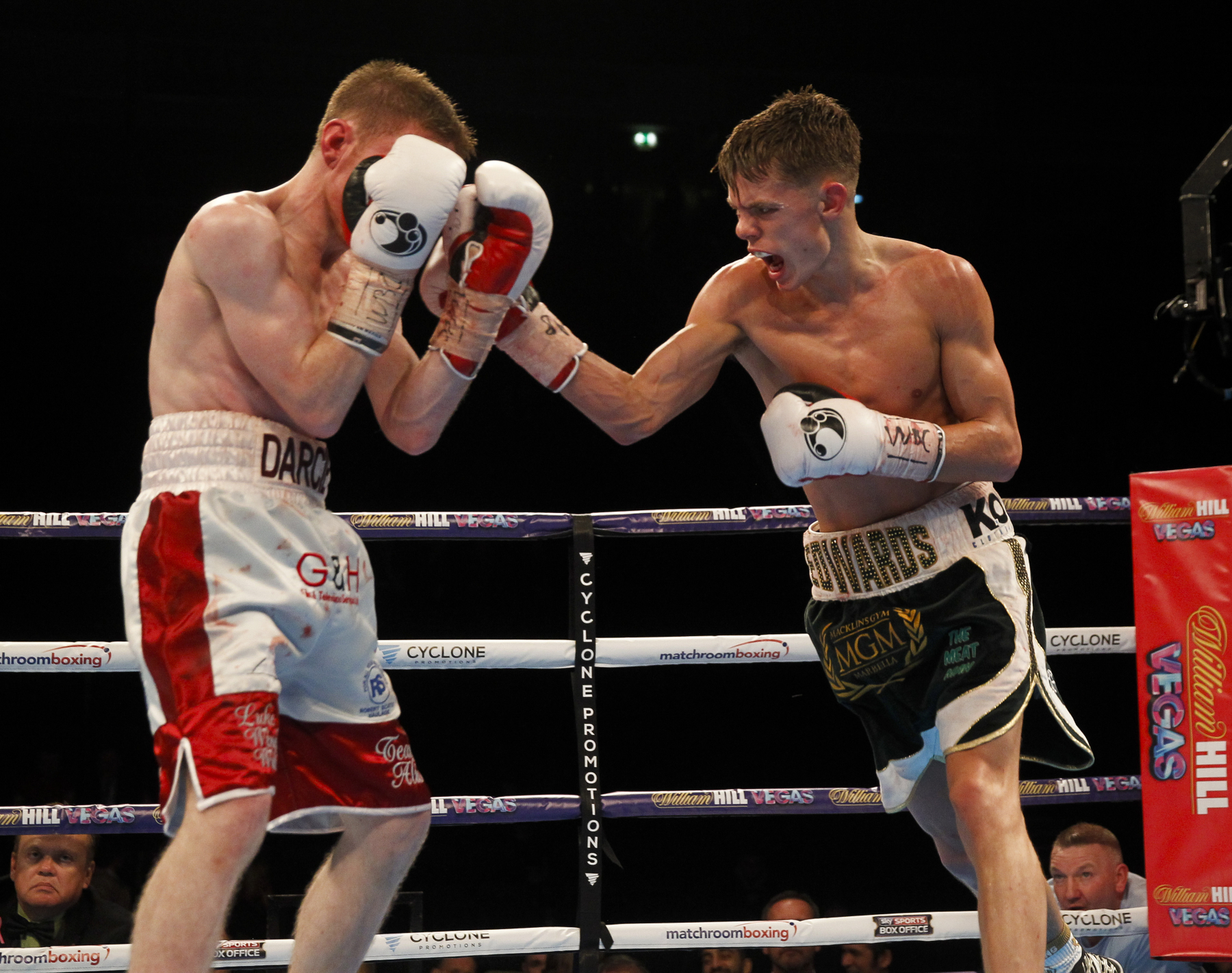 Edwards: This Is My Big Chance – I Have To Take It

Charlie Edwards insists he is ready to land the IBF World Flyweight title in just his ninth pro fight when he challenges champion John Riel Casimero at The O2 in London on Saturday night, live on Sky Sports Box Office.

Edwards moved to 8-0 in July with a points win in Germany and this World title tilt is his first 12 round action.

The former Team GB star turned pro just 18 months ago but after landing the English title with a consummate performance against Louis Norman in his fifth fight in this arena this time last year, defending it with a sixth round stoppage two months later in Manchester against Phil Smith and then adding the WBC International title with a shutout win over Luke Wilton.

Former Light-Flyweight champion Casimero overturned a June 2015 title loss to Amnat Ruenroeng to KO the Thai man in the fourth round of their rematch in May. The 26 year old Filipino first boxed for the title back in March 2011 and Saturday night is his 11th World title bout – but Edwards says that he’s more than ready for his chance to be on top of the world.

While Edwards’ pro career may still be blossoming, he carries outstanding amateur pedigree into the bout. The 23 year old landed the European Schoolboys title nine years ago and mixed in elite-class amateur competition until he turned over in January 2015.

Edwards says that schooling has set him up for professional success and that his grounding in the amateurs is crucial in the lighter weights where you can move up the rankings rapidly.

“I’d be lying if I didn’t say that it’s come sooner than I expected, but I am going to grab this opportunity with both hands,” said Edwards.

“People underestimate my engine because I look young. The way I box, the way I move, I’ll be shocked if he can keep up with my movement. So when he’s behind at halfway and he’s trying to push on and my levels are going through the gears, he’s going to be in a bad place and that title is coming home with me.

“I’m a classy boxer and I like to show my moves and look good, I think that I will win it over the distance but I know that people might doubt me but they will be shocked when they hear ‘and the new’ and it’s not going to be a close decision, it’ll be a wide-win.”

“I won the European Schoolboys when I was 14 and my career just went mad from there,” said Edwards. “I signed with GB when I was 15, one of the youngest they’ve had. I’ve been all over the world boxing in different countries and all sorts of styles and won of national championships at schoolboy, junior and senior level and I won lots of GB medals.
“I’ve done my apprenticeship and that’s why i am confident here, this isn’t too soon for me because of my amateur pedigree.

“When I turned pro I said that I didn’t want to waste time fighting journeymen, I wanted to push on early. I’m not going to be a Flyweight for a long time, I’m big for the weight which you see when I step in the ring and stand with my opponents.

“I wanted to get into title early and even when the English came along in my fifth fight, Eddie though it might be a really tricky fight but I won every round and I made him look silly.”

Edwards’ clash with Casimero is part of a blockbuster night of World title action in London topped by the mammoth WBC, IBF and IBO World Middleweight battle between Gennady Golovkin and Kell Brook.