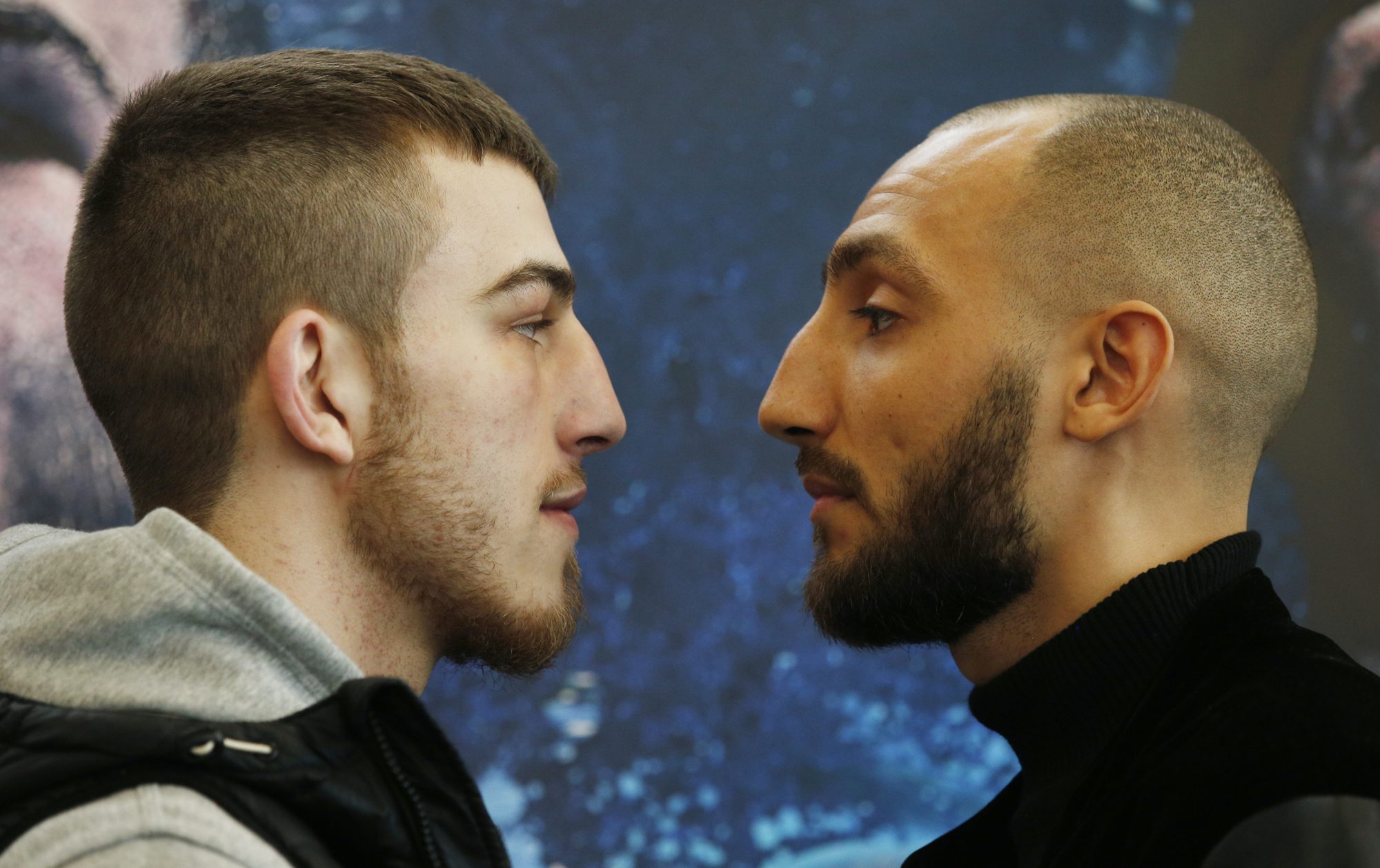 Eggington: If I Choose To Go To War, It Will Be Fun!

The Stourbridge ace’s clash with Skeete has been billed as brawler versus boxer, but big hitting Eggington believes his ability is underrated – although he’s happy to turn it into a tear-up if it means he keeps his belts.

“I am very confident I will beat Bradley in style,” said Eggington. “If I had been asked who I wanted to face as a mandatory, I would have picked Skeete from the top five not to include Kell Brook and Amir Khan. I am confident and I think I will do a better job than Frankie did.

“People say I like a scrap and are saying this is a boxer against a brawler but if I choose to box it will still be competitive and if I choose to have a brawl it will be fun.

“I am not going to say I am a better boxer than Bradley but if I want to box it would be a competitive fight but I am not going to choose to do that through the 12 rounds. It will be a hard fight at times for both of us but it will be harder for Skeete; if he is boxing me I would definitely have an easier time than if I am pressuring him.

“It will be a good fight while it lasts but I am more than confident. I think there is always a possibility of a stoppage. I work hard and even the rounds that people win against me they work hard to win those and they will have to regroup at the end of the round. Every round, win, lose or draw they will be working hard to win that round. He might win a round but then the next round will mine.”

“I am planning to win the British belt outright. It is my first fight of the year and this is my mandatory and hopefully by the middle of the year I can have a voluntary and win the belt outright and be pushing on for other things.”

Eggington’s clash with Skeete is part of a huge night of action in Birmingham where Kal and Gamal Yafai face crucial nights in their blossoming careers.

Tickets are on sale now priced £40, £60 and £100 available from www.theticketfactory.com. VIP tickets priced £150 are available exclusively from www.matchroomboxing.com