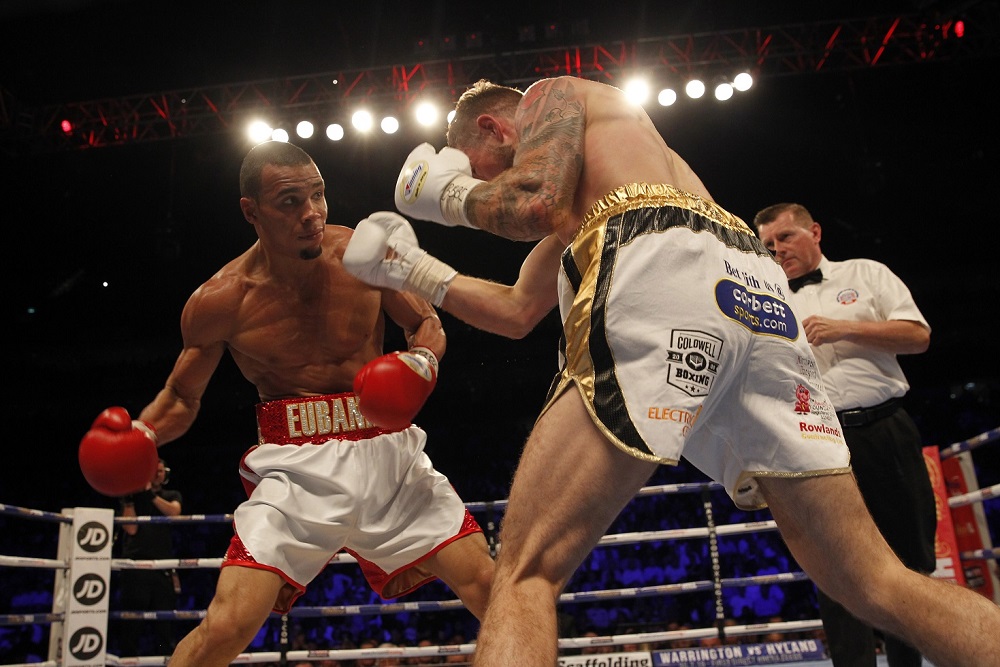 Chris Eubank Jr. underlined his desire to face World Middleweight ruler Gennady Golovkin after outclassing Chris Doran inside four rounds in the first defence of his British Middleweight title at The O2, live on Sky Sports.

Eubank Jr put on the masterclass that he promised pre-fight under the Dome in Greenwich, pouring on pressure from the opening bell that proved too much for the dangerous Welshman.

Doran gave as good as he got in the first couple of rounds and enjoyed success in the third before he hit the canvas for the first time in the third round after succumbing to a barrage of shots from the champion.

The Connahs Quay man bravely saw out the round but Eubank Jr. smelt blood and went to the body to put Doran down again. Gasping for air, he gamely rose to fight on but Eubank Jr. floored him once more with a fiendish uppercut and the third knockdown of the fourth round from a body shot spelt the end.

“I’m a fighter, I’m a fighters’ fighter, I want to fight the best and become the best. This fight tonight against Tom Doran didn’t excite me. I went in there, it’s another day at the office. I want the big names.

“I’m here, I train like an absolute animal. It’s about hard work and dedication – I’m ready to go.”

Promoter Eddie Hearn added: “Golovkin is ready to accept the fight, we’ll talk this week and hopefully it gets made. Chris wants to fight him and I believe it could well get made this week.

Chris Eubank Sr. added: “To beat Golovkin you need fearlessness, which he already has. Golovkin should actually discover, he should be watching this man.”