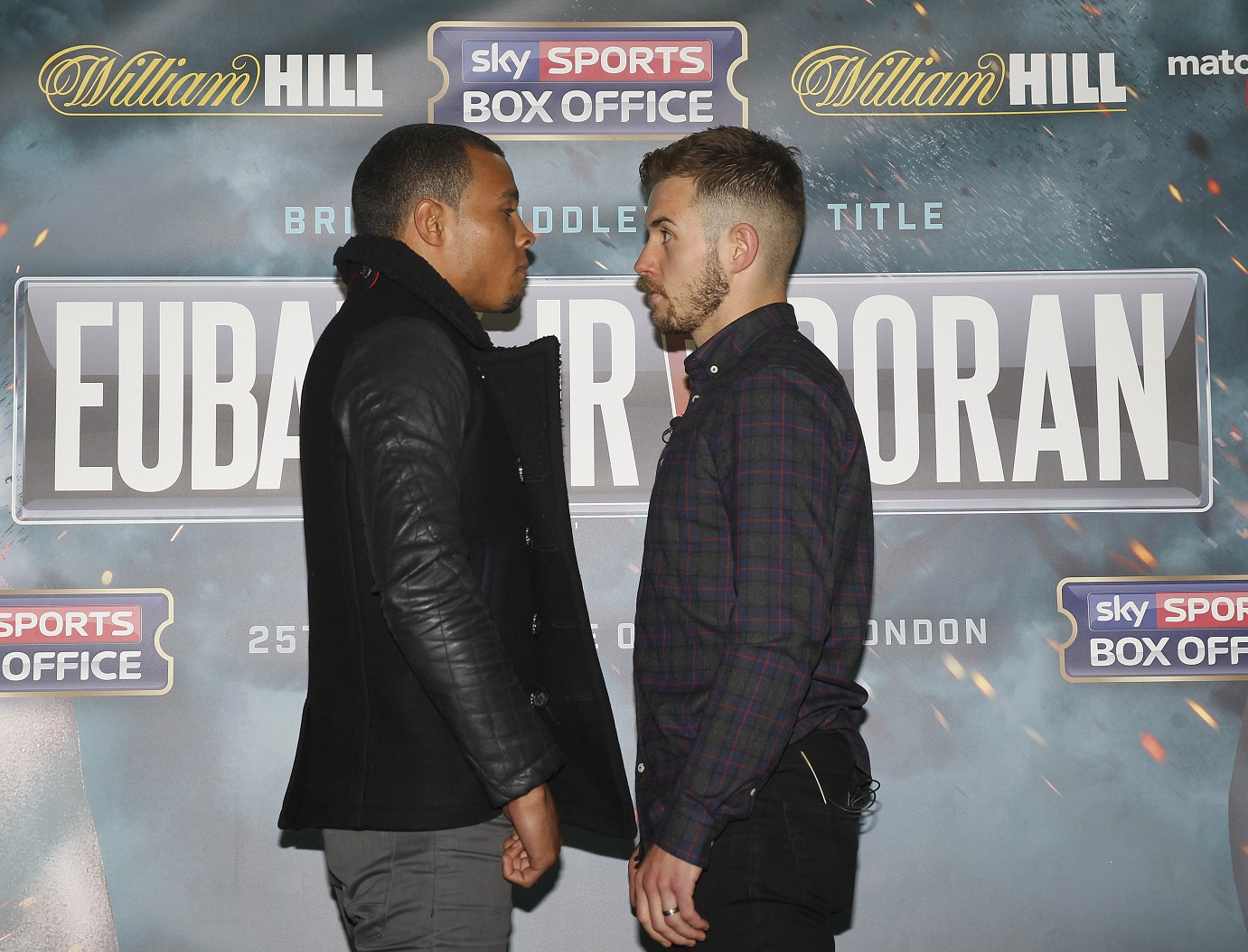 Eubank Jr Defends British Title Against Doran At The O2

Chris Eubank Jr will defend his British Middleweight title against Tom Doran at The O2 in London on June 25, live on Sky Sports Box Office.

Eubank Jr makes the first defence of the Lord Lonsdale belt he won against Nick Blackwell in March, taking on the hard-hitting Welsh danger man Doran on the undercard of Anthony Joshua’s first defence of his IBF World Heavyweight title.

Brighton star Eubank has stopped his last four opponents on his way to landing the British crown, and the 26 year old is determined to win the prestigious title outright before moving onto World honours – with father and son making is clear that the fearsome Gennady Golovkin is their number one target down the line.

“I’m happy to be back – Sky Sports is the best place to fight in British boing so to be back with them on the World stage is great,” said Eubank Jr. “Tom is going to try to cause an upset and we’re going to put on a dramatic night of action.

“It’s one fight at a time but when you know you are working towards a super-fight it plays a part – but it makes me train harder and focus more, as I know with every fight I am moving towards a top fight with Golovkin or anyone that has a World title fight. I am not looking past Tom, he knows beating me gets him to World level and massive publicity, so he is going to come to fight on June 25. But I will get past him and move onto massive nights.”

Eubank Sr added: “Tom is going to raise his game and he will be dangerous. He can punch and I’ve studied him, I’ve told my son not to look past the next one – the World championships will come. On June 25 it will be compelling drama – if Chris performs and we get past this one, we’re looking to get the Lonsdale belt for keeps in August – we are proud Englishmen and that means a lot to us.”

Doran enters his first British title fight on the back of his remarkable win in a two-round war with Luke Keeler. Doran hit the deck hard in the opening session of their clash in Liverpool in April, but sprang to his feet and returned the favour with interest, flooring the Irishman hard and nearly stopping him inside the first round. Keeler came out for the second but Doran twice put the Dubliner on the deck to end the contest and land the vacant WBC International strap. The 28 year old plans to derail Eubank’s World title dreams and rip the British strap away from him.

“This is what I want – the British title in my sights and I intend to take it with both hands,” said Doran. “I believe I am ready for this – I’ve boxed in front of big crowds at the Liverpool Echo and I will soak up a great atmosphere at The O2.

“I know Chris Eubank Jr is a great and talented fighter but I think I have the tools to overcome the challenge and stick to the game plan that we will take into the fight, I’ll get the job done and become British champion.”