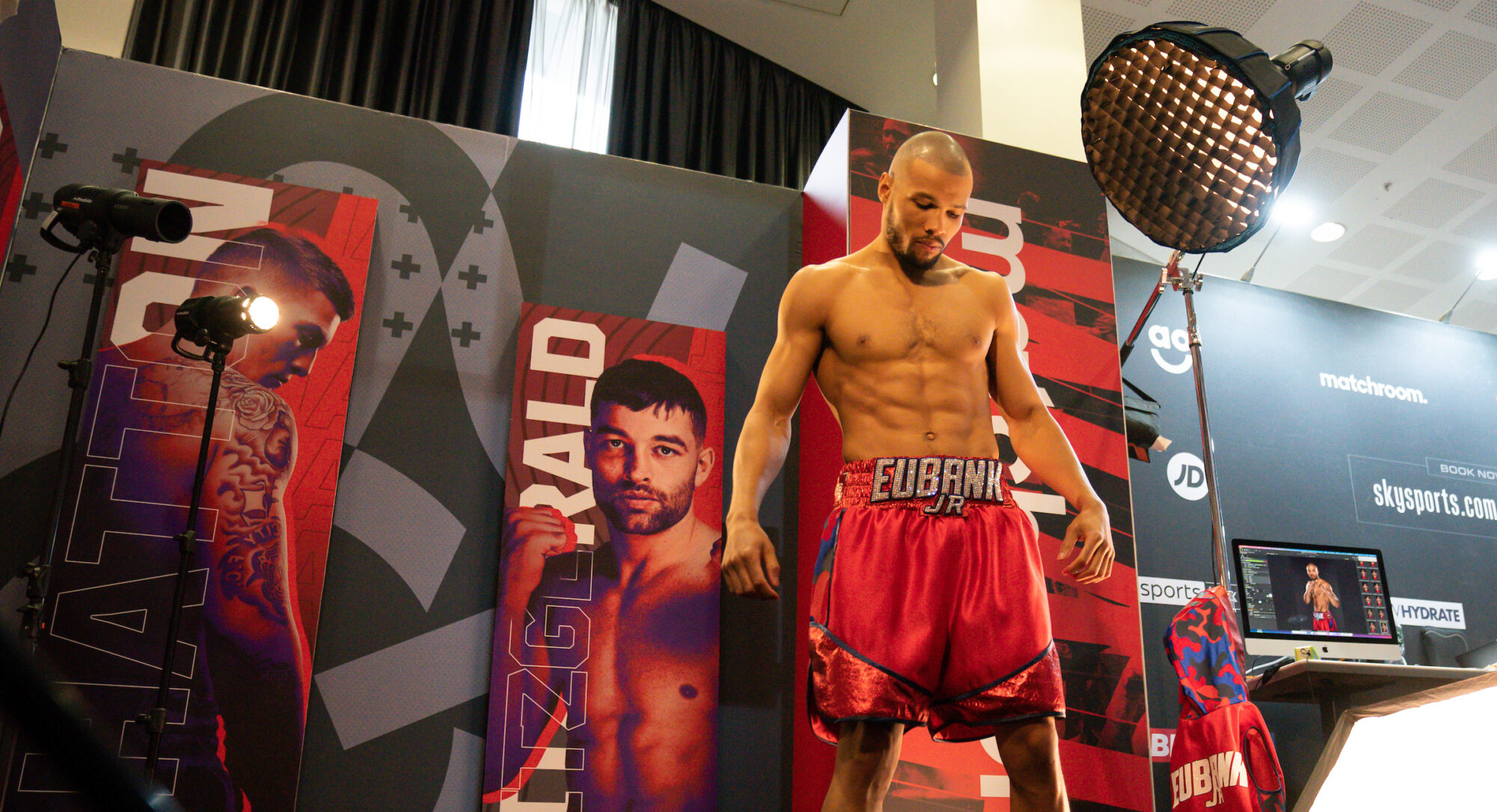 Eubank Jr: The end goal is to get Golovkin

Chris Eubank Jr has his sights firmly set on IBF Middleweight World Champion Gennady Golovkin and believes 2021 could be the year that he finally gets to lock horns with the big-punching pound-for-pound star from Kazakhstan.

The Brighton powerhouse returns to fight in the UK for the first time in over two years this Saturday May 1 when he takes on British rival Marcus Morrison at the AO Arena, Manchester, live on Sky Sports Box Office in the UK and on DAZN in all markets excluding the UK, Ireland, China, New Zealand and Samoa.

Having previously campaigned at Super-Middleweight, Eubank Jr (29-2, 22 KOs) returned to the Middleweight division to claim the WBA Interim Middleweight World Title for the second time with a TKO win over former World Title challenger Matvey Korobov in December 2019, while making his US debut at the Barclays Centre in New York.

Eubank Jr was in talks to fight Golovkin in 2016 but the opportunity instead went to Sheffield’s Kell Brook. The only blemishes on Golovkin’s fearsome record is a draw and a defeat in two fights with Canelo Alvarez, but Eubank Jr is confident he could become the first man to stop ‘GGG’.

“Getting past Marcus Morrison sets me up for some big fights in the summer and winter of this year,” said Eubank Jr. “There’s a lot of interesting fights out there and a lot of big names in the Middleweight division, a lot of World Champions that fans want to see me go up against.

"I really and truly believe I would stop him"

“There’s even fighters that aren’t World Champions that could happen for me. You’ve got Kell Brook talking it up a lot and I know Eddie Hearn wants to make that fight, so that’s something that could possibly happen in the summer.

“The end goal is to get Golovkin. The other World Champions in the Middleweight division, Ryota Murata is definitely up on my list. He has the full WBA World Title, I’m the Interim World Champion right now. There are some big names out there and some big fights.

“I really and truly believe I would stop him. My engine and his fight style? He doesn’t back down and goes to war regardless. An immovable force against an unstoppable object. When two warriors collide who put it all on the line, it would be an amazing fight. I don’t believe he could out-punch or out-perform me.

“Win or lose I put it all on the line. That’s why I have a lot of fans. I don’t coast, I don’t quit, and I don’t give up. I don’t slack, I’m on it 100% of the time. This is my life, and once I get past Marcus Morrison the World Champions are in some serious trouble.”

This weekend’s clash with Morrison will be Eubank Jr’s first fight since linking up with boxing legend Roy Jones Jr, who was once a rival of his father’s, and the 31-year-old believes Jones Jr will be a valuable addition to his team as he targets World Titles

“COVID messed up a lot of plans for my career in 2020. I went away and I used that time to the best I could and that was training with Roy Jones Jr. Learning from him, as much as I could, perfecting the craft. Learning the teachings of Roy and trying to implement them as much as I could through sparring and training. I feel like I’m a better fighter for it.

“I’ve looked up to Roy since I was a kid. He was one of my favourite fighters. To actually be able to spend the amount of time that I have with him and pick his brains and hear everything he has to say on the sport and how I should approach it has been a dream come true.”