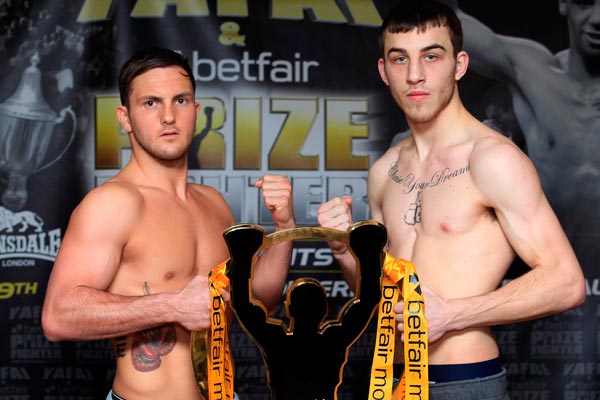 Dale Evans will challenge Sam Eggington for the British and Commonwealth Welterweight titles at the Barclaycard Arena in Birmingham on Saturday October 17, live on Sky Sports

Evans replaces the injured Frankie Gavin for the bout and lands a golden opportunity to get his hands on Eggington’s belts, and will be raring to go having been set to box this weekend in Newport.

Eggington and Evans met in a thrilling toe-to-toe Prizefighter quarter-final in Wolverhampton in January 2013, where the Welshman came out on top. The champion is eager to host his former foe in his first defence of the British belt and second of his Commonwealth strap – and warned ‘Big Boy’ that he’s a different beast from the loss he suffered in Prizefighter.

“I’m pleased to still be able to get another notch on the Lonsdale belt and happy to give Dale Evans this opportunity,” said Eggington.

“He’s beat me but I was so young when he fought then and it was my first time making the weight or being on television, so it felt like a bit of a whirlwind.

“I’m a completely different animal know and Dale will see the difference in there.”

Eggington’s clash with Evans is part of a huge night of action in Birmingham as former World Middleweight title challenger Matthew Macklin moves down to Super Welterweight to take on Jason Welborn for the vacant WBC International title.