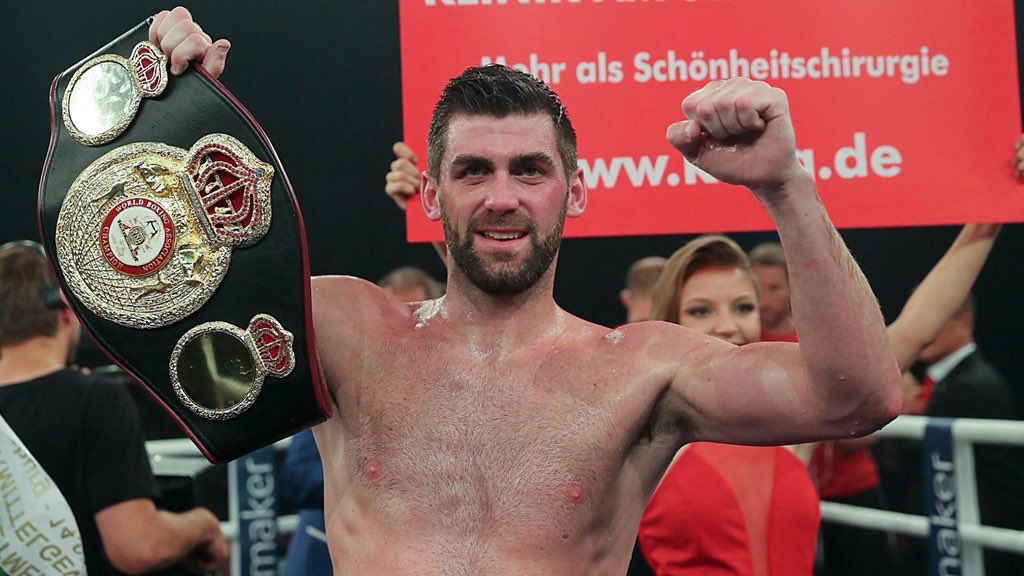 After a fast start from the unbeaten champion, Fielding landed combinations and heavy shots in the third and fourth rounds to put himself in charge of the contest in the heat of Offenburg.

Fielding was in total control in the fifth round and when a left uppercut stunned Zeuge, the champion retreated to the ropes, where Fielding landed a sickening bodyshot that forced Zeuge’s trainer to throw in the towel.

“It feels amazing,” said Fielding. “The fact I’ve come to his backyard and stopped him. I’ve been listening to my trainer Jamie Moore and everything he said was on point. I broke him down and Jamie said let’s see where he is after six.

“This was my night tonight, I knew that it was a long road back without winning this. I’ve come on a long way in the last few years, I have the fear-factor back and I need that to win, I had it big time tonight and produced the goods.

“I’ve had a lot of support back home and I can’t thank the fans that have come out enough. It’s been a great week and it’s just ended in great style.

“I saw he was tiring early and he wasn’t firing back at me. I countered him and made him miss, and I felt really fit in there.

“I’d love to defend it in Liverpool – there’s a rematch clause but I can’t see him wanting to fight me again. I’ll have a rest and get back to the family, we’ll sit down with the team and we’ll see what options are out there, but I’m really thrilled and can’t wait to build on this.”