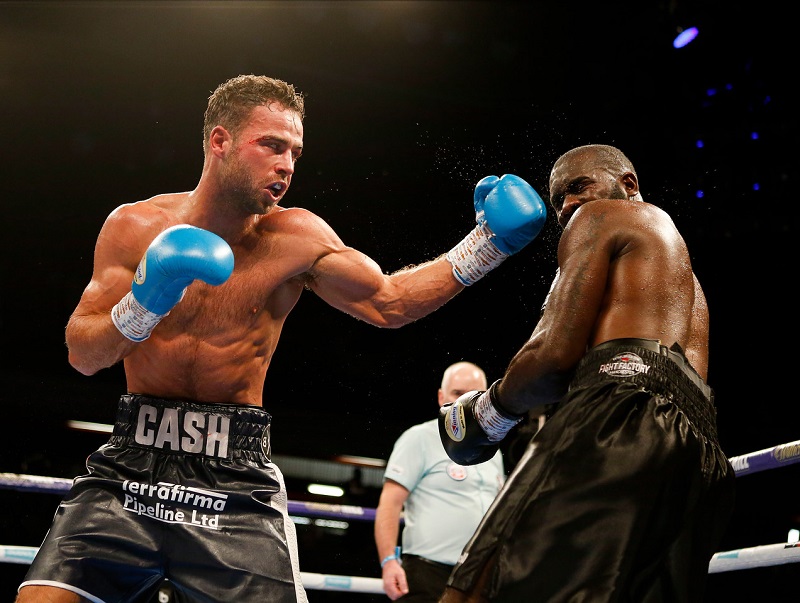 Felix Cash: I Want The British Title Next

Felix Cash believes winning the Commonwealth Middleweight crown will earn him a shot at the Lonsdale belt currently held by Welshman Liam Williams.

The unbeaten Wokingham talent, 10-0, is keen to make up for lost time as he takes on Nigeria’s Rasheed Abolaji for the vacant Commonwealth title at The O2 on February 2, live on Sky Sports in the UK and DAZN in the US.

Cash picked up the first title of his professional career after cruising to victory against Stephen Danyo at the Copper Box Arena in October. He dominated his Manchester-based Dutch opponent throughout before receiving a unanimous verdict to claim the WBC International Silver belt.

And the former Team GB amateur standout is aiming to add a second belt to his collection when he takes on Abolaji next month before targeting a shot a two-weight British Champ Liam Williams in 2019.

“A shot at a good domestic belt has been a long time coming,” said Cash. “The Commonwealth title is right up there and hopefully once I get my hands on it more fighters will be tempted to get in the ring with me. We’ve been trying to make big fights for a while now, but opponents have always priced themselves out or messed us around.

“I’ve flown under the radar a little bit for the past couple of years but my last fight was a title fight and this is for the Commonwealth. When I get the win on February 2 I can start targeting some big names in the domestic Middleweight division and show everyone what I’m really about when I step up.

“I’m looking forward to going in there and putting on a performance. The plan is to get the Commonwealth and then I want to go for the British. I’m taking things one fight at a time, but I’ve got full confidence in my abilities. Liam Williams holds the British and that’s a fight that could happen this year.

“I’ve sparred Liam before and he’s a good fighter. He boxed very well in his last fight – he looked class. You’d be lying if you said he didn’t, but I’m very confident in my abilities. I’ve sparred multiple World Champions and I know what I’ve been doing to them, and they know too. Sparring is sparring but it’s the closest thing to fighting. I know how good I am and it’s my time to show everyone.”

‘Afonja Warrior’, 27, has won six of his eleven career wins by KO and has previously fought in the UK when he took Sam Sheedy the distance in a challenge for the Commonwealth Middleweight title in 2017. Cash is expecting a hard night’s work.

“He’s quite dangerous early on so I’ll have to stick to my boxing, break him down and then go to work on him. He’s a bit of a hooker and doesn’t throw many straights. Tony says he’s very tough, so I’ll have to go down and work the body. He’ll be the best opponent I’ve faced to date, but I fully expect to come away with the win.”

Cash vs. Abolaji is part of a huge night of action in London.

Unbeaten British Cruiserweight Champion Lawrence Okolie returns to action after his win over Matty Askin at Wembley Stadium in September.