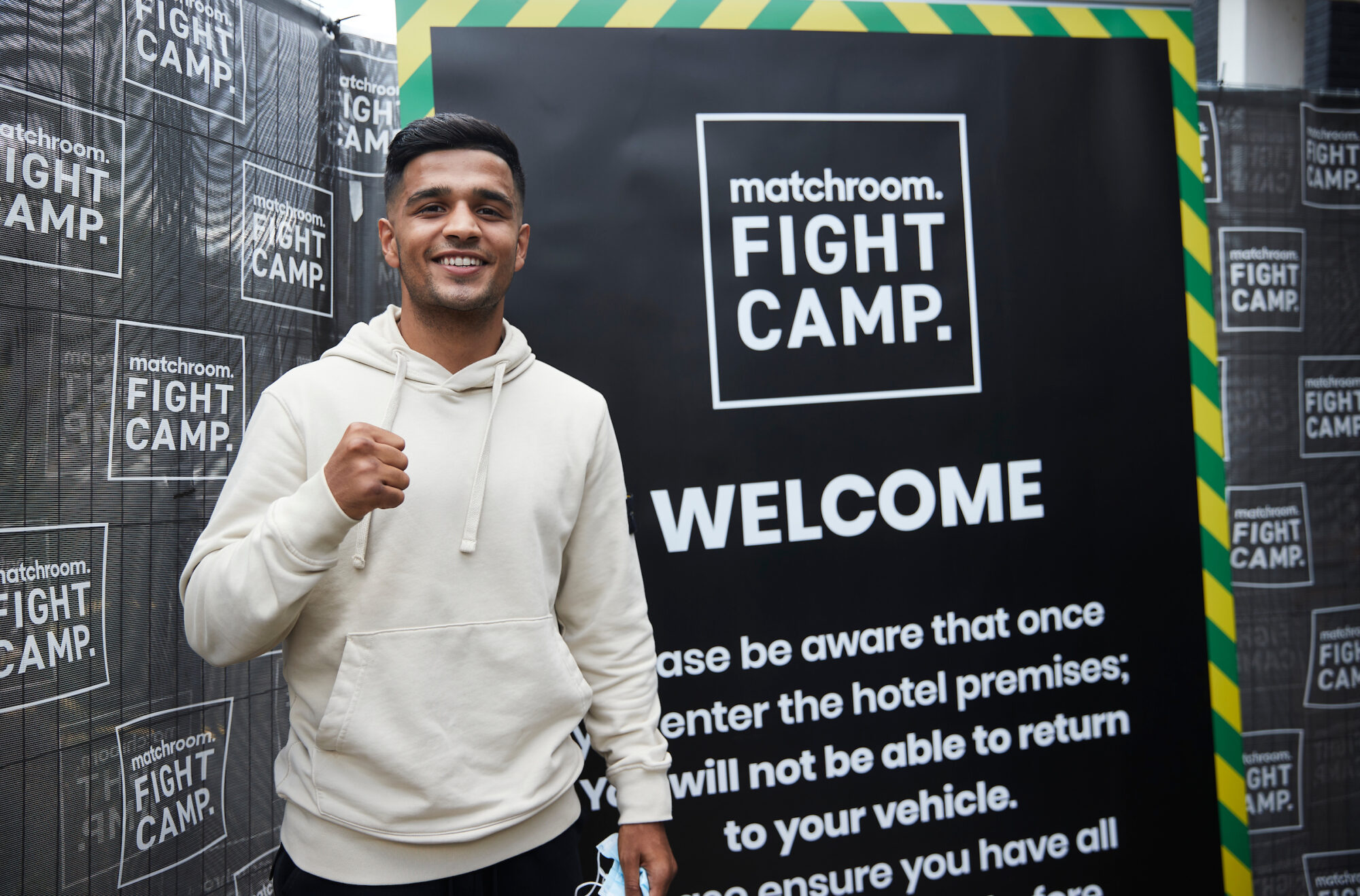 Fiaz: Baker – Underestimate me at your own peril

Aqib Fiaz is planning on beating Kane Baker “in style” when he meets the former Midlands Area Lightweight Champion over eight rounds in a Super-Featherweight clash at Matchroom Fight Camp in Brentwood, Essex, on Friday August 7, live on Sky Sports in the UK and DAZN in the US.

Trained by Jamie Moore alongside Ireland’s two-weight World Champion Carl Frampton at the V.I.P Gym in Astley, Fiaz inked a promotional deal with Eddie Hearn and Matchroom Boxing following a shutout points win over Dean Jones on the Quigg vs. Carroll undercard in Manchester earlier this year.

Since turning professional in March 2019, all but one of his fights has been scheduled for four rounds, but now the 20-year-old talent leaps up to eight rounds looking to make a big statement against experienced Brummie Baker on his big Matchroom debut.

“Kane Baker is a tough guy,” said Fiaz. “I respect him. He’s a good fighter and he’s an experienced professional. I believe I’m going all the way to the top though. He’s in my way and we’ve got to get him out of the way. In my opinion, he thinks this young kid is stepping up from four rounds and jumping into an eight rounder with him too soon.

“I’ve read some of his interviews. He’s underestimating me if he thinks he’s a huge banana skin. I’ve boxed at the highest level as an amateur. I represented my country. I’m in here sparring world class elite level fighters like Carl Frampton that have won numerous World Titles. I can’t see him brining anything to the table that I can’t handle.

“I respect him and he can say what he wants. He’s watched me. I know he has. If he thinks he’s a banana skin that’s fine. I can’t really say much more than that. I’m happy for him to think that. If he thinks I’m inexperienced then he’s got another thing coming.

“If he wants to take confidence from that then that’s up to him. I don’t think his experience will make the difference on the night. I’ve been matched tough from early on. It’s a good step up for me. It’s a fight that I can win and win looking good. I’ll do it in style.”