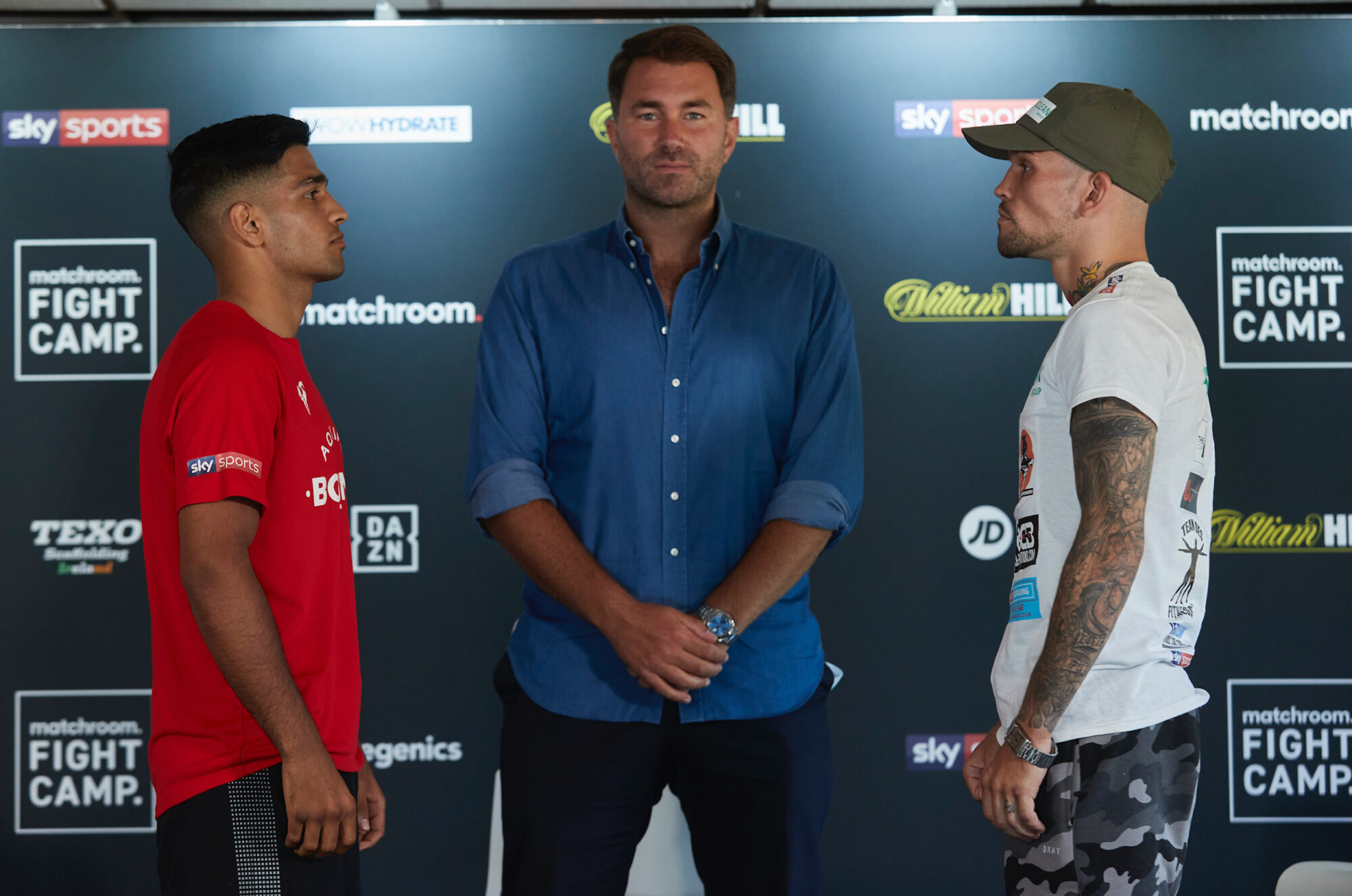 Oldham prospect fires warning to Baker ahead of grudge match

Aqib Fiaz is determined to put his Matchroom Fight Camp disappointment behind him by beating Birmingham’s Kane Baker when they finally meet on the Joshua Buatsi vs. Marko Calic undercard on Sunday October 4, live on Sky Sports in the UK and DAZN in US.

The Oldham prospect (5-0) was originally scheduled to face former Midlands Area Champion Baker on the Terri Harper vs. Natasha Jonas World Title undercard on Friday August 7, but was forced to withdraw on the eve of the fight after falling ill, leaving Baker bitterly disappointed.

In an emotional interview in the hotel ‘bubble’, Baker, who was looking to inflict a first career defeat on 21-year-old Fiaz, accused his opponent of feigning illness to get out of their eight round showdown, but the Jamie Moore-trained talent insists his illness was genuine.

“I woke up on the morning of the weigh-in and I was feeling a bit sick and a bit light-headed,” said Fiaz. “Every fighter will say ‘yeah you do feel like that on the morning of a weigh-in’. I thought it was the weight. Jamie told me that I wasn’t right, and I told him I was fine, and to just give me until after the weigh-in. I weighed-in, rehydrated and ate again, but I couldn’t get myself right.

"On the night, he’ll have no excuses when I beat him"

“I don’t know what it was, I was feeling sick and light-headed. Jamie could see it, there was no hiding it. I tried my best, but I’m glad that my team made the decision that they did to protect my health. Now we’ve got another chance to get the fight on and it’s bigger and better this time. Like everyone else, Steve Wood was messaging me to see if I was alright. My first reply to him while I was sitting in A and E was ‘get the fight on again’.

“Even when I was sat in the room with the doctor, I was asking him if I could fight on the next Fight Camp event the following week. There was all sorts going through my mind in hospital, I was scared. I’m only young, I thought it would be devastating for my career this early on. If we had chose to fight it could have been. I’m glad we made the decision that we did. I’ve got to thank Jamie and Nigel for making that call.”

Fiaz inked promotional terms with Eddie Hearn following a shutout points win over Dean Jones on the Scott Quigg vs. Jono Carroll undercard in Manchester earlier this year, and will now have a second chance to impress his new promoter when he clashes with Baker in what has turned into a bitter grudge match.

“It was impossible not to watch the fallout,” added Fiaz. “It is what it is. I’m a young man, 21-years-old and social media is a big part of our lives, not just ours but everyone’s. It was impossible to stay off it. I’ve seen everything and yeah, he was talking a lot but talk is cheap. On the night, we’ll see. He’s emotionally involved and when you’re emotionally involved you make mistakes, and when he makes them mistakes I’ll make him pay.

“At the end of the day all of the build-up and everything can be big, he can go on like he’s going to do this and do that, but the fight is still the same. He’s still the same man with the two hands that he had before. I’m still the same man too. He’s got to get past my two hands and I don’t think he will. He can talk all he wants, like I said, talk is cheap. Fighters win fights, not talking. Not weight, not tattoos, not acting big in front of a camera.

“Looking back, the ‘bubble’ experience was strange. When I was bumping into Kane around the hotel, he was fine, but when I watched his interviews back, he was acting the big man in front of the camera. When I was in there I quite enjoyed the peace and quiet. I was able to concentrate on the job at hand.

“When the fight was first mentioned we had 5 weeks’ notice. Now it has turned in to a ten- or eleven-week camp. It’s perfect for both of us really. I’ve seen him crying, bitching and complaining, saying I had more notice than him – which I didn’t. We’ve had the same time as him to prepare. Now we’ve had a proper training camp. On the night, he’ll have no excuses when I beat him.”