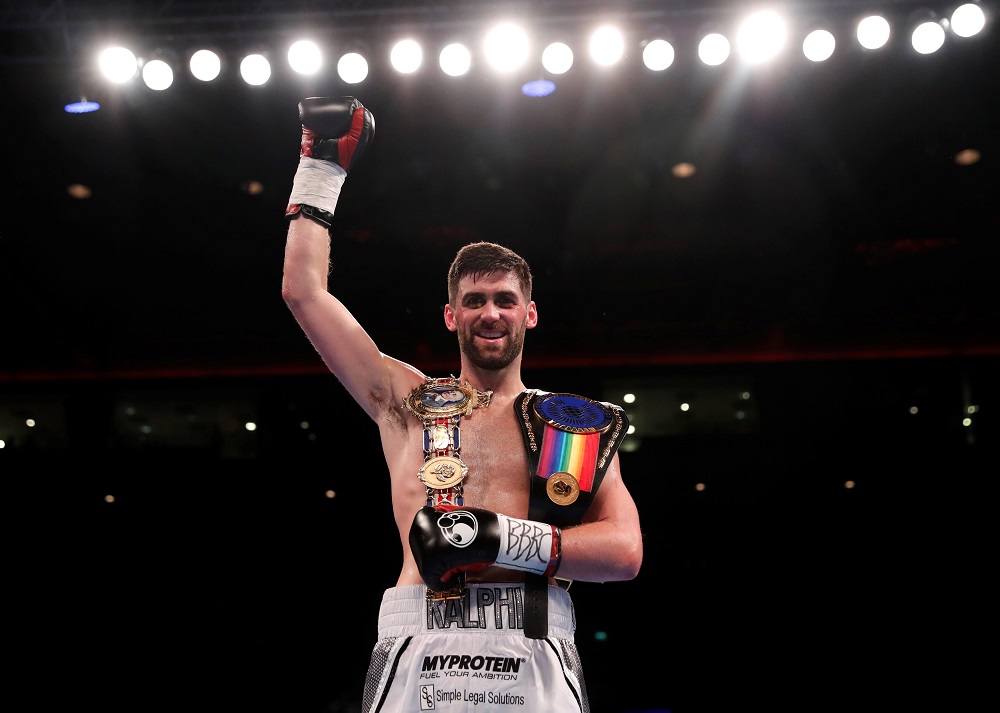 Fielding Challenges For Wba World Title Against Zeuge On July 14

Zeuge, who captured the WBA belt with a twelfth-round knockout victory over Giovanni De Carolis in November 2016, returns for a fourth defence of his title following the second-round destruction of Isaac Ekpo at the Inselparkhalle in Wilhelmsburg in March, and is set to face his second British challenger having previously recorded a unanimous points win over Paul Smith at the Rittal Arena in Wetzlar last June.

“I’m really looking forward to the fight,” said Zeuge, the 26 year-old from Berlin. “It takes place the same day as the World Cup third-place play off in Russia, but I promise to my fans that they won’t see anything but the best from me, a real final, and another successful defence of my WBA World Super Middleweight title. I’m in full training and I feel strong!”

Fielding, the former British, Commonwealth and WBC International Champion, has impressed against domestic rivals John Ryder and David Brophy while awaiting his World title opportunity, and having narrowly missed out on a shot at WBC supremo Gilberto Ramirez, the 30 year-old is eager to make this chance count.

“I’m very excited for this. It’s what I have dreamed of since being a young kid – to become World Champion and we’re nearly there,” said Fielding. “To have the date locked in makes it all the more real and it’s something now to focus and aim towards. I have watched and tracked Zeuge since he won the World Title against De Carolis. He’s a good fighter with decent foot work in particular. He’s undefeated and has done everything they have asked of him so far.

“I boxed on the recent Brook card and been ticking over an working with my coach Jamie Moore since. The Ramirez fight fell through which was disappointing but everything happens for a reason, my promoter Eddie Hearn said I’ll be in big fight in July so that kept me going. I can’t wait for the opening bell.”

“We’re delighted to be bringing World Championship boxing back to the Baden Arena,” said promoter Nisse Sauerland. “This is going to a fantastic match up between two of the division’s most exciting talents. Tyron is coming off the back of a great win against Ekpo, and is improving with every fight. Rocky is a good boxer who has been on our radar for some time. He will be coming to Offenburg to win. Stylistically they are well suited, both can box, both can bang, and that should guarantee a great fight for the fans.”

“I’m delighted Rocky has finally got his shot, it’s well deserved,” said Fielding’s promoter Eddie Hearn. “He has always fought everyone that’s been put in front of him and I believe this is great timing for him to take this opportunity. It’s a great fight between two young, hungry 168 pounders and the fans can expect a cracking match up.”

The WBA World Super Middleweight title contest between Tyron Zeuge and Rocky Fielding will be shown live and exclusive on Sport1 in Germany and Sky Sports in the UK. Tickets are on sale now and available via www.eventim.de or by calling +49 (0)1806-533933.