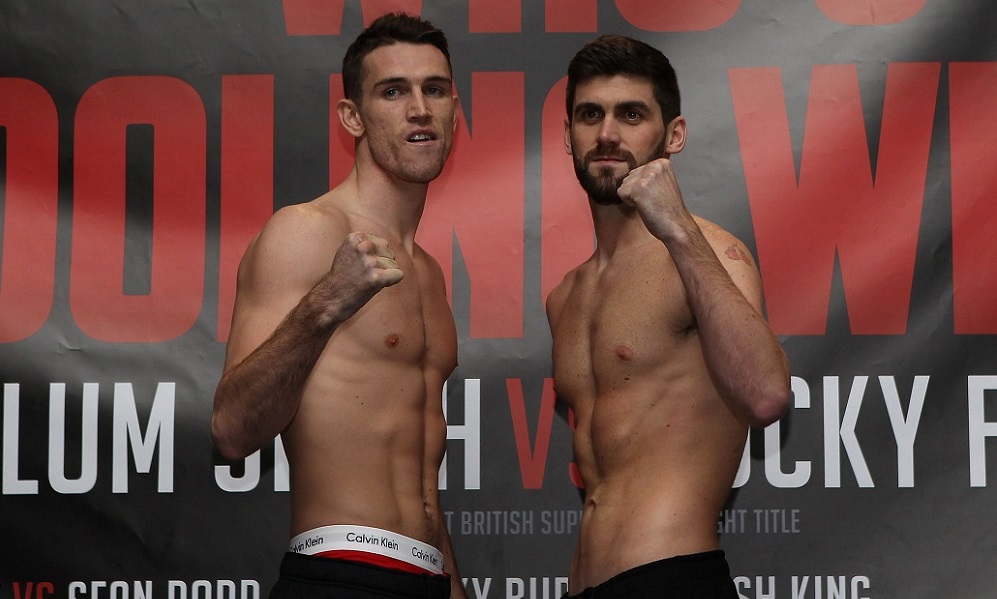 Rocky Fielding believes that his KO power will land him the win when he meets Callum Smith for the vacant British Super Middleweight title tomorrow night at the Echo Arena in Liverpool, live on Sky Sports.

Smith can create history by joining his three brothers as British champions, but his Scouse rival Fielding believes that ‘Mundo’s’ chin has yet to be tested, and that he’ll struggle to handle his power.

“He hasn’t been hit properly on the chin yet and we don’t know how he reacts when he is,” said Fielding. “If he can take one, good luck to him, but I will be landing heavy shots on his chin, there’s no doubts about that. I will do anything to win this fight, I’m prepared to go into deep waters for the win.

“He’s been built up and spoken about a lot, I’m doing the same but not getting the same attention. That doesn’t bother me because the fight is on now and that’s all that matters. We’ll see if I get the hype around me when I win, but I am not the type to start crying about that, I’ve been in big fights on big bills, so there’s nothing for me to complain about there, but there’s no doubt that winning this fight will take me to a different level. Fighters can get raved about and then they come unstuck and disappear, I’m not getting built up like that, I’m unbeaten, I’ve done the business against everyone put in front of me and I am just doing my thing.

“It’s been called ‘Who’s Fooling Who’ because he’s the slight favourite, there’s hype around him going on to do big things, I’m the underdog and not meant to beat him, but that will all change after tomorrow night and the hype will all be on me.”