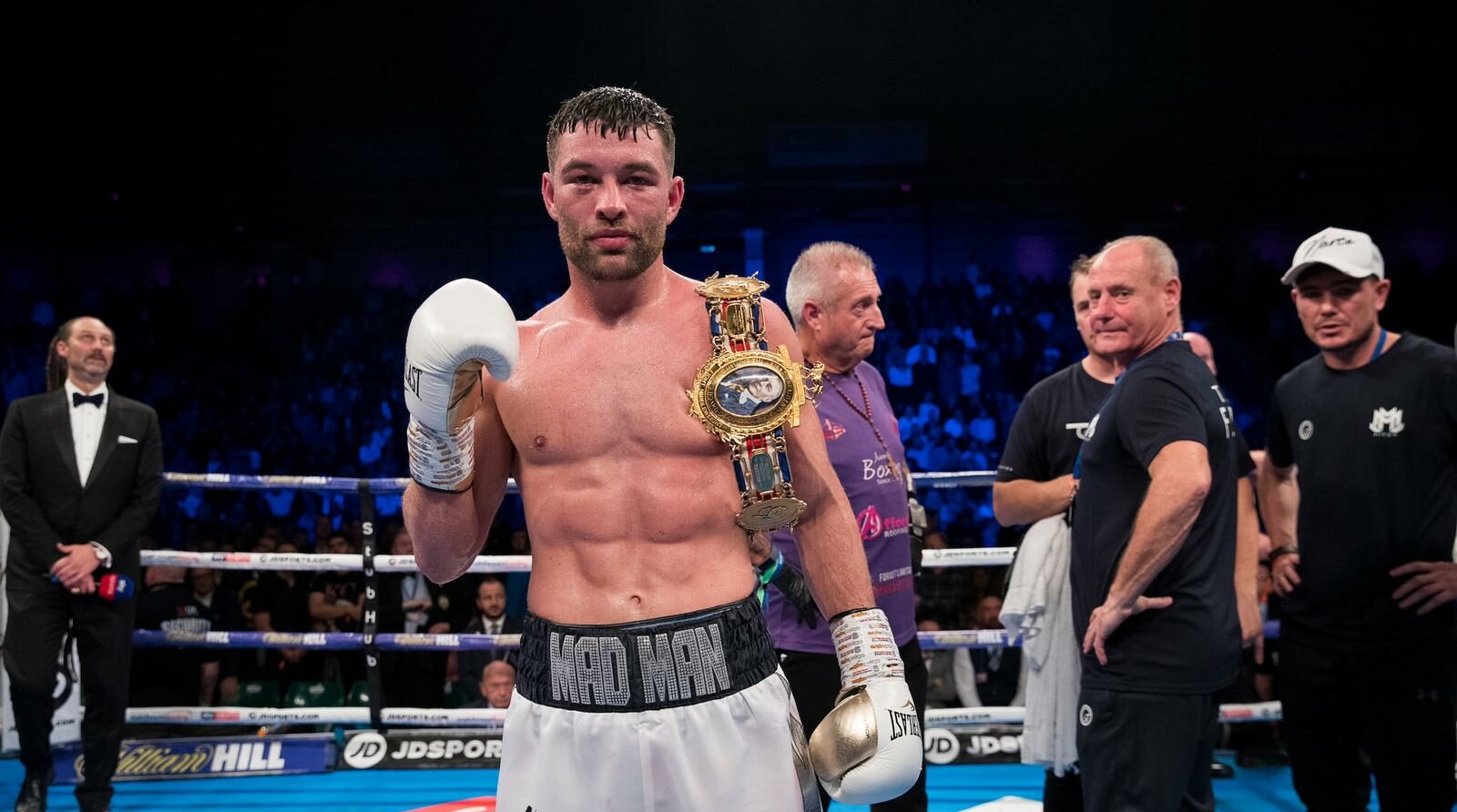 Fitzgerald: I’ve got to fight my way back

Scott Fitzgerald says he has put his out of the ring problems behind him as he focuses on getting back to the top of a thriving domestic Super-Welterweight division in 2021 that includes former opponents Ted Cheeseman and Anthony Fowler.

The unbeaten Preston fighter (14-0, 9 KOs) was last seen in action outpointing Cheeseman at the Newcastle Arena back in October 2019 to capture the British Super-Welterweight Title, and makes his ring return a year and a half later against Gregory Trenel on the Derek Chisora vs. Joseph Parker undercard this Saturday May 1 at the AO Arena, Manchester.

‘Fitzy’ handed Liverpool’s Fowler a first defeat in the pros when he dropped and outscored ‘The Machine’ at the M&S Bank Arena in March 2019. Whilst both Cheeseman and Fowler have kicked on since their losses to Fitzgerald, the 29-year-old is confident he is still the number one 154lbs fighter in Britain and is open to rematches with either to prove it.

“I’m feeling really good,” said Fitzgerald. “I’ve been training solidly for all of this year and I’m just looking forward to getting back in there and getting back on track with my career. Last year was a really bad one and I’m embarrassed by some of my actions and the way I behaved. It’s in the past and I’ve got to look forward and move on. I’m 29 so I’m not that young of a man now. It’s gone quick. I was 21 two minutes ago. Next thing you know you’re nearly 30 aren’t you.

"I'm ready for either one of them"

“You’ve got to learn from the mistakes and make sure they don’t happen again. These last two years have gone so fast it’s scary. It will be nearly a year and a half since I last boxed. In over two years I’ve only boxed twice. It’s time to put my foot down and make sure I make the most of my last years in the game. I have two children now and it gives me extra motivation to go and create a nice life for them. It’s not about me, I’ve got to do it for them. I’ll keep my head down, work hard and provide a nice life for them.

“I saw the Cheeseman vs. Metcalf fight the other week and that was a really good fight. It was a great win and a great performance from Ted. He looks like he’s got himself in a good place. I’ve sort of let them get above me, so I’ve got to fight my way back. Hopefully the Ted or Fowler rematch can happen before the year is up. I’ve got to make sure I win against whoever they put in front of me.

“It’s gone fast since the Cheeseman win. A lot of that time was just a blur. My dream was to win that British Title and I won it. I didn’t get right back in the gym like I should have. By the time I did get back to it COVID had kicked in. I kept saying to my dad, ‘I’m just going to chill until this COVID is done and then we’ll get back on it’.

“Not fighting in 18 months, right now I want a few fights, one or two fights, and then trying to get my British Title back would be a nice move for me. Get that back and maybe win it outright or just move on from there to European and world level. There are good fights for me for that British Title. There’s Cheeseman who’s just looked good winning it back. There’s Fowler, he’s looked good in some performances. They might fight each other for it in the meantime. I beat both of them. Whichever one of them is holding it – if they want to get their revenge, they can give me that fight can’t they. Get one or two fights in and I’m ready for either one of them.

“Fowler especially. I’d like to go back and do an even better job and move on from there. I saw bits of his fight with Fortea the other week and he looked decent. He’s not. He’s changed a few things, but he’ll still always be the same. I’m confident I can beat him again and do a better job on him. I have to make sure I’m on it. No slip-ups. Get the win this weekend and I can move onto these bigger ones then.”