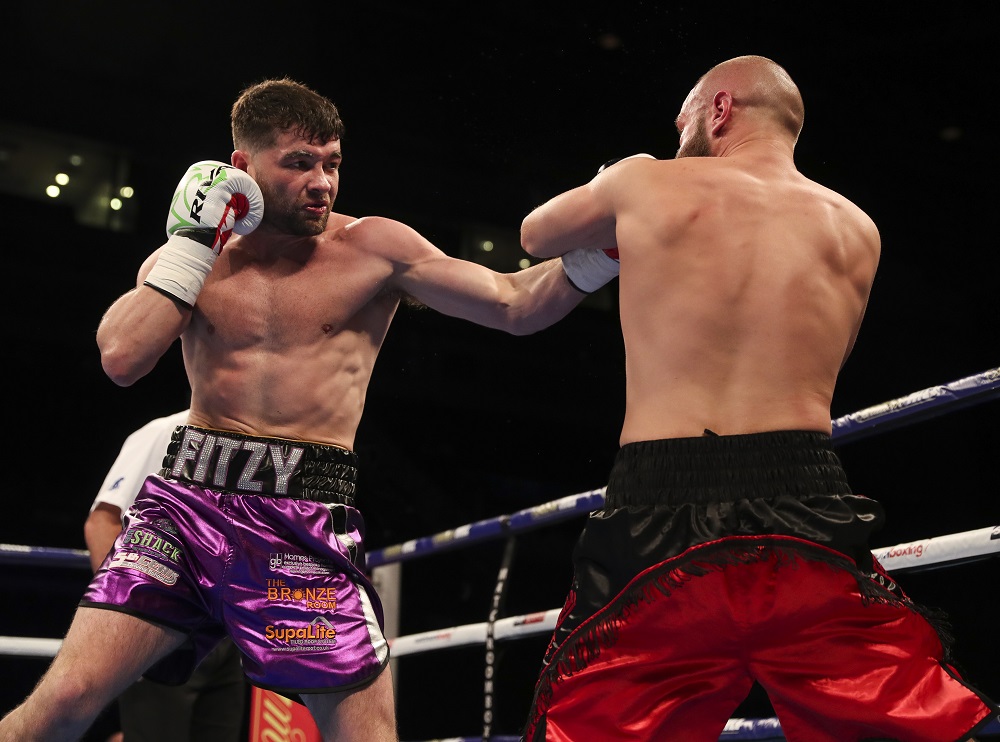 Scott Fitzgerald is keen for a match-up with fellow rising star Anthony Fowler, should he come through his clash with Craig Morris at Arena Birmingham on September 8, shown live on Sky Sports.

A fight against ‘The Machine’ has been welcomed by the Preston man, who wants to work his way into title contention after 10 wins, and would even travel to Fowler’s hometown venue.

Fowler called for a showdown with his former Team England teammate after stopping Dublin’s Craig O’Brien at The O2 in July, and Fitzgerald is happy to oblige him.

The 2014 Commonwealth Games gold medallist believes he would beat Fowler with his superior speed and ring intelligence.

“Hopefully the fight with Fowler is going to get made sooner rather than later,” Fitzgerald told Sky Sports Boxing.

“Anytime before the end of the year, and anywhere. I’m happy to fight in Liverpool, the Echo Arena, if that’s what makes sense.

“Whoever wins the fight is going to be propelled onwards, so I want that fight because I know I can win, and that’s what I plan on doing.

“He’s a strong lad and he can punch, as can I. I just think I’m a bit faster, and I think I’ve got a better boxing brain than him. He’s very aggressive yeah, but I think I can use that against him.”

Fitzgerald faces potentially his toughest opponent yet in Morris, who has won ten of his twelve contests, stopping three of his opponents.

“I can’t look past Craig Morris,” he added. “This is a big step-up in itself and I can’t overlook him. All of my focus is on Craig and then we can talk about the bigger fights. It’s a huge bill in Birmingham with Amir Khan topping it, so I’m looking forward to it.”

Fitzgerald’s clash with Morris is part of a huge night of action in the second city, topped by Amir Khan’s Welterweight showdown with Samuel Vargas. Ryan Kelly defends the Midlands Area Super-Welterweight title he won in May via stoppage at Villa park against unbeaten Dordon man Kelcie Ball, Stourbridge banger Sam Eggington appears on the bill with Super-Bantamweight star Gamal Yafai, while Geordie Lightweight ace Lewis Ritson keeps busy ahead of his return to the Metro Radio Arena on October 13.