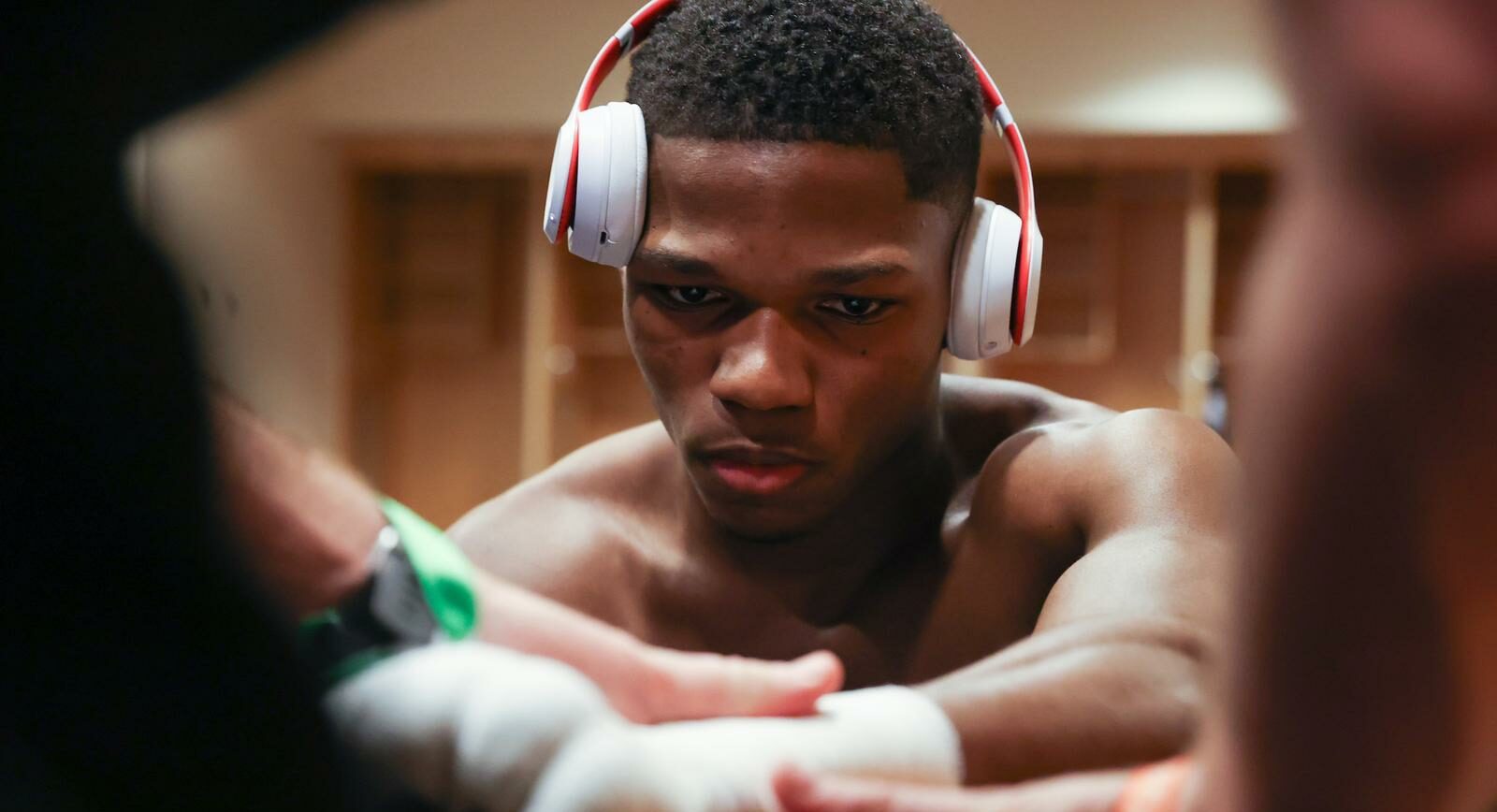 Ford – Expect me to steal the show

American rising star Raymond Ford believes his first ever pro title fight with Reece Bellotti will be the show-stealer that elevates him to the next level.

Ford (8-0-1, 4 KOs) is looking to bounce back from a draw in his last fight in Dallas in March, sharing the spoils with Aaron Perez over eight rounds. The Camden, New Jersey talent was hoping to get an immediate rematch to settle the score but says the unbeaten New Mexico didn’t want to dance again, so now he makes his second trip to the UK to take on the former Commonwealth Featherweight Champion Bellotti.

The Watford man is no stranger to the Fight Camp set up having fallen to Jordan Gill in Essex last summer, but with a wealth of experience behind him and an all-action and explosive style, Ford thinks that the 30-year-old is a great foe to have as he looks to land the WBA Continental Title in style.

“I’m expecting a pressure fighter just like I faced last time out, and it’s the type of fight that I wanted,” said Ford. “We wanted the rematch with Perez but he didn’t want it, but Reece has a similar style, he’s got experience, he’s been in there with good fighters and he’s done 12 rounds before and he’s got a name in the UK too so we thought that this was a good fight for me.

“If I am in shape, I can do whatever I want"

“If I am in shape, I can do whatever I want – just be in shape and execute the game plan, and I will handle business. I’ve seen some of Reece’s fights, he stopped a southpaw in Jason Cunningham and the Jordan Gill fight. I’m a southpaw too but I am on a whole different level with respect to Jason.

“I can stop him, but I am not going in there to do it. In my last fight I was throwing too many big single shots to try to get him out of there, I was believing in my own hype and what commentators had been saying about my wins and my power, so I am going back to basics and doing what I do best and that’s to just box and dominate, and if the KO comes, then I am going to get it.

“It felt like a loss, I won’t lie, I cried in the locker room and when I was home, I didn’t leave the house for two weeks, the draw really hurt me. I still felt like I did enough to win the fight, but it wasn’t my best night, it wasn’t pretty at all, and I was disappointed with my performance. It’s given me the hunger though, I don’t think about it anymore, I’m not looking to the past, I just want to move forward, I would still like the rematch though so I can clean that up, but he doesn’t want it, and this is another good fight for me and when I beat Reece, I think people will forget about the draw.

“Eddie messaged me and asked how I was after the fight and I told him that I wanted the rematch and revenge, he tried to get the rematch going but it didn’t happen, but this is a good fight for me and there’s a first title for me to fight for too and ten rounds for the first time. This is a fight that can take me to the next level, it’s a breakout fight.

“Expect me to steal the show. I am going to bring a while different style; I honestly think I have the best skills of anyone on the card and I hope ours is the best fight of the night.

“I felt the love when I got here but I know tonight that the crowd will be against me as this is his home turf, but after the fight I hope I get the love from the fans again and put on a show for them. It’s always great to come to the UK and meet new people, do interviews, and experience that UK life again.

“I’ve been wanting to come back for a while, the fans had been DM-ing me asking me to come back, I was saying ‘don’t ask me, tell Eddie!’ And now I am back I hope that everyone tunes in, and I can meet the fans that are here, and we have a great night, it’s going to be great to fight in front of fans again and especially the fans in the UK.”