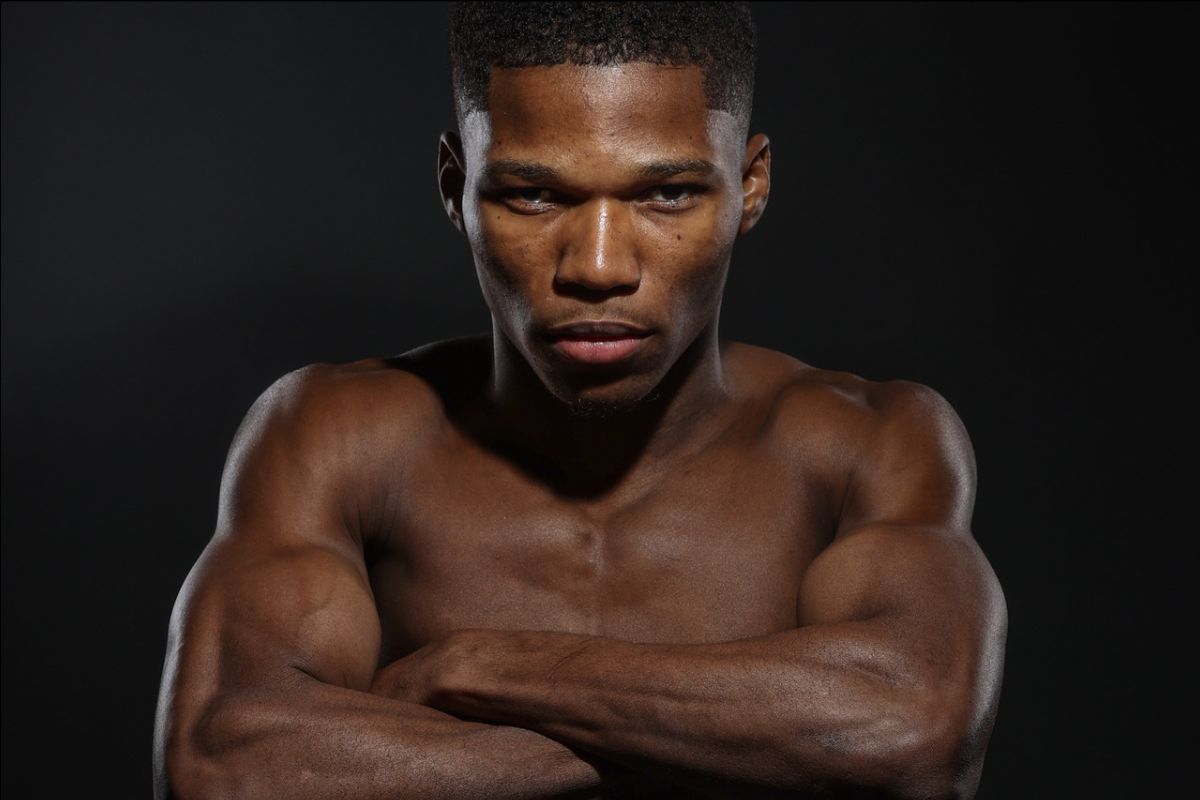 Raymond Ford believes he’s the best prospect in boxing, and he wants to underline that with another stand-out performance as he steps up against Aaron Perez over eight rounds at the American Airlines Center in Dallas, Texas on Saturday night, live worldwide on DAZN.

TICKETS FOR ESTRADA VS. CHOCOLATITO ARE ON SALE NOW FROM TICKETMASTER – TICKETS START AT $35 (PLUS FEES)

Ford (8-0 4 KOs) had a great finish to 2020 with impressive stoppage wins in Florida and San Antonio adding to the buzz around the Camden, NJ talent, and now in his second eight round fight, he takes on the unbeaten Perez (10-0 6 KOs).

Ford has ambitious plans for the rest of 2021 if he can see off the challenge of the 23 year old from New Mexico, and the 21 year old is in no doubt that he is the rising star that everyone should be watching.

I feel I am the best prospect in all of boxing, not just at Matchroom, I’m talking everywhere.

“I feel I am the best prospect in all of boxing, not just at Matchroom, I’m talking everywhere,” said Ford. “I feel like I could be a contender by the end of the year, but I want to fight five more times after this fight and then going into 2022 I want to challenge myself and get a shot at the World title.

“This is what I have been waiting for, it’s time to show who I really am. I don’t want to be just beating guys that I am supposed to beat, he’s a young, unbeaten prospect, the same as me, and I feel that this is the perfect start to show who I am.

“I wasn’t sure what to expect coming into the pros, whether I would be moving fast or moving slow, I was just going along with it. I’ve recently been looking to make the decisions to move fast a few fights ago.

“Even with COVID I fought three times last year and the first card wasn’t until August, so Eddie Hearn is moving me along great, and they are starting to test me now. I wasn’t supposed to be back until April so being back in March is great for me.”

Ford faces Perez on a huge night of action in Dallas, with a mouth-watering triple-header of World title action at the top of the bill.

Juan Francisco Estrada (41-3 28 KOs) and Roman ‘Chocolatito’ Gonzalez (50-2 41 KOs) meet in a mouthwatering rematch that’s over eight years in the making, with the WBC, WBA and Ring Magazine World Super-Flyweight titles on the line.

There’s another case of repeat or revenge as Jessica McCaskill (9-2 3 KOs) defends the undisputed World Welterweight title against Cecilia Brækhus (36-1 9 KOs) and there’s a Matchroom debut on the card for Hiroto Kyoguchi (14-0 9 KOs) as he defends his WBA and Ring Magazine World Light-Flyweight titles against Axel Vega (14-3-1 8 KOs), and it’s a huge night for a clutch of rising talents on the bill.

Austin ‘Ammo’ Williams (7-0 6 KOs) is looking to build on his own stellar 2020 performances where he won all three of his fights via stoppage in Miami, Mexico City and Dallas, and ‘Ammo’ will look to continue that streak in his first eight round bout against the experienced ‘Momma’s Boy’ Denis Douglin (22-7 14 KOs) who has shared the ring World champions George Groves, Anthony Dirrel, David Benavidez and Jermell Charlo.