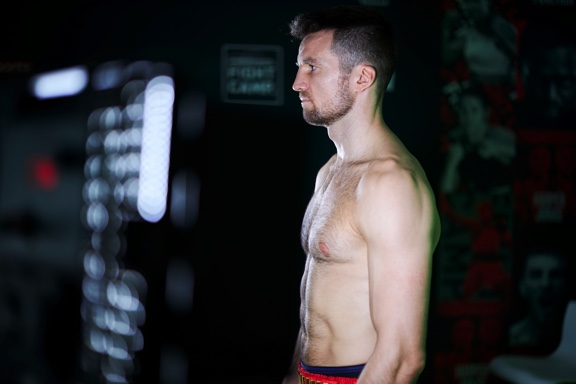 Fowler: I want to be British champ by the end of the year

Anthony Fowler says he will be targeting a shot at the British Super-Welterweight Title by the end of the year should he get past Adam Harper at Matchroom Fight Camp in Brentwood, Essex, on Friday August 7, live on Sky Sports in the UK and DAZN in the US.

‘The Machine’ (12-1, 9 KOs) bounced back from his first defeat in the pros to Scott Fitzgerald by earning a unanimous decision against former World Title challenger Brian Rose to claim the vacant WBA Intercontinental Middleweight Title in his home city of Liverpool.

Fowler returned to the M&S Bank Arena in November, picking up the vacant WBA International Super-Welterweight Title with another unanimous decision over Derby’s Harry Scarff on the Callum Smith vs. John Ryder Super-Middleweight World Title card.

His last appearance came in March at Manchester Arena where dropped late stand in Theophilus Tetteh three times on route to a first round stoppage win. The former Team GB standout is expecting a much harder night’s work against Harper, but feels confident of returning to his explosive knockout form from earlier on in his career.

“I feel as if I am coming into my own now as a pro,” said Fowler. “I have had a few years to adapt and at the start I was knocking everybody out, it was really easy for me. I got beat, and in the fights since I have been a bit too cautious. I have still been winning but not boxing and flowing like I can. I want to get back to my old deadly self. I want to wipe kids out in a smart way, a calculated way, and break them up slowly.

"I’m not boxing for the fun of it, I’m boxing to climb the rankings and achieve my dreams"

“Adam is a tough, determined fighter who has beat a few unbeaten fighters. He’s never been stopped so will come with ambition to beat me and make a name for himself. I will be fully prepared for him, I’ve got a great coach and a brilliant mindset so there is no looking past anyone anymore, I’ve made that mistake once. I’m not boxing for the fun of it, I’m boxing to climb the rankings and achieve my dreams. Harper is in my way and he will be getting beat.

“Ideally I want to be British Champion by the end of the year. I want to box someone like James Metcalf or Ted Cheeseman for the Title. I don’t want to be boxing the likes of Kieron Conway. I want to move forward, push on and prove I’m better than that. I don’t want to be floating around domestic level much longer. I’m not getting any younger so it’s time to push on.

“I want to showcase my improvements in this fight. People saw a little glimpse of me in my last fight with my looser footwork. I want to put on a professional display, not make as many mistakes and take my time a bit more. No matter who I fight I am looking to do a number on them because they are in the way of my dreams and my future, so I will be prepared and in the best shape mentally and physically.”