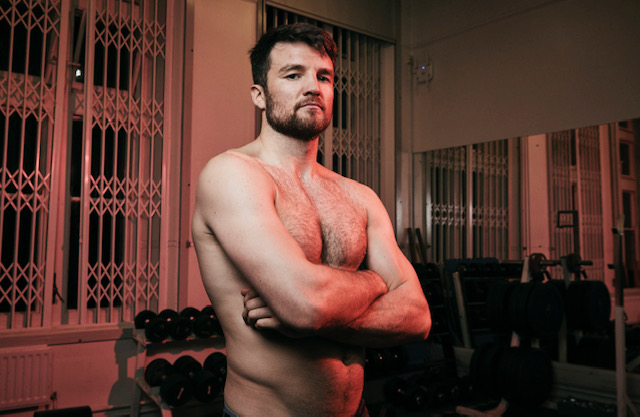 Fowler: It’s Going To Be Over Within Five Rounds

Anthony Fowler has promised to prove he is a level above Scott Fitzgerald by taking him out in five rounds when the bitter rivals clash for the WBA International Super-Welterweight title at The M&S Bank Arena Liverpool on Saturday, live on Sky Sports in the UK and DAZN in the US.

Preston’s Fitzgerald will be aiming to avenge an amateur defeat at the hands of ‘The Machine’ but the 9-0 Liverpudlian, now trained by Dave Coldwell in Rotherham, is determined to finish their rivalry off in style to set-up another huge domestic showdown with British Champion Ted Cheeseman in the summer.

“He’s a dangerous opponent,” admitted Fowler. “He’s had twelve fights and knocked nine of his opponents out. He’s powerful and he’s coming to win. He wants to win this fight more than anything, same as myself. It has all of the makings of a great fight and it’s a fight where I show who Anthony Fowler really is and just how good I am.

“Scott was a hard trainer in the GB squad. We used to spar and I was always that much better than him. I’d win every round of our spars, they were never close. When we fought each other I destroyed him in two rounds. Even though he was a top fighter, I was always an elite fighter.

“As a pro I’ve gone to a great coach and I’ve gone onto that next level again. Now I’m a lot more conditioned, tougher and experienced. I feel like Scott has stagnated a bit. He’s turned pro and he’s had easier fights than myself. He’s stagnated to his level and lowered his standards. He’s going to try and raise it for this fight but it’ll be too little too late.”

Fowler hopes that an emphatic win over his fellow Commonwealth Games gold medallist will earn him further title shots at 140lbs, and a shot at Spain’s European Champion Sergio Garcia, who inflicted a first career defeat on Cheeseman last month, is high up on his wish list

“This fight is a very winnable fight for me and this is the fight where people will give me the respect that I deserve. I’ve boxed two unbeaten kids and knocked them both out and I’ll do the same to Scott. After this fight people are going to say ‘wow, that Anthony Fowler is the real deal’.

“I think early on, Scott is going to get a shock when he realises how hard I hit and how hard I am to hit. His confidence is going to drain away round-by-round and as soon as I start hitting him downstairs and on the chin he’s going to feel the pace.

“I think it’s going to be over within five rounds. I think he’ll be brave and he’ll come to win but there’s only so many shots you can take with those little gloves. After this win everyone knows who I want next, I want Ted Cheeseman for the British. This time next year I want to be a European Champion.”

Fowler vs. Fitzgerald is part of a huge night of action in Liverpool.