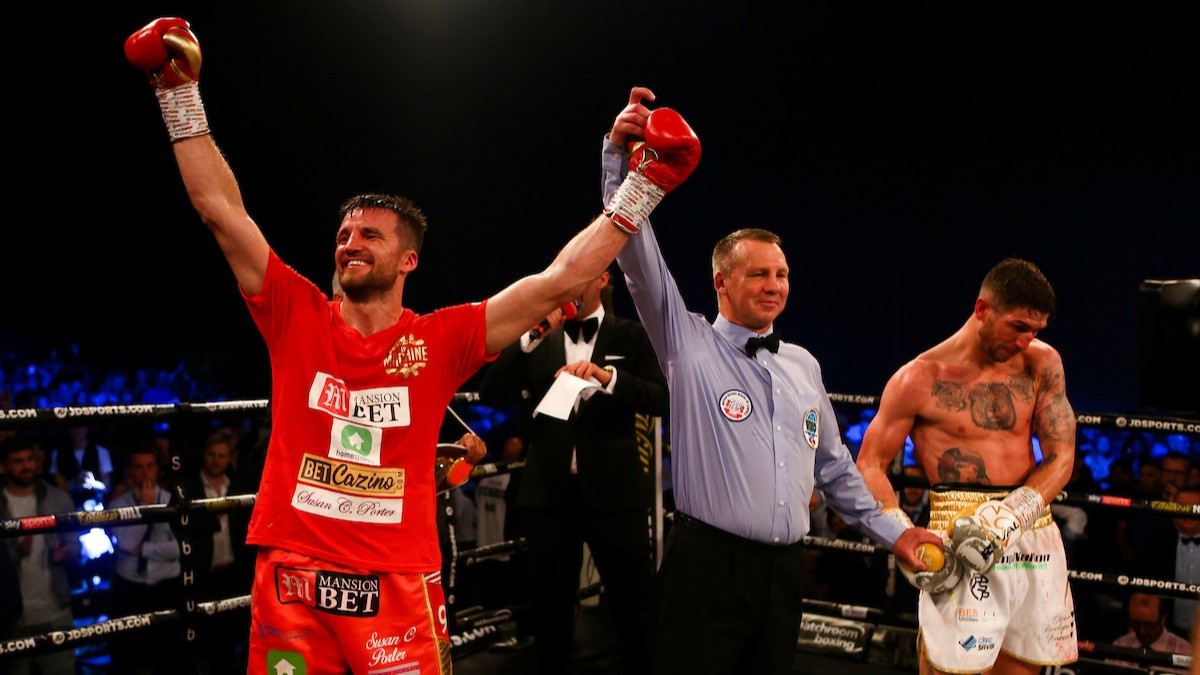 Anthony Fowler returned with a wide points win over Brian Rose and then called for a rematch with Scott Fitzgerald.

The Liverpudlian’s unbeaten record was ended by a split decision loss to Fitzgerald in March, but he produced a more controlled performance to defeat the experienced Rose with scores of 98-92, 98-92 and 97-93 at the top of the JD NXTGEN bill in his home city.

Speaking afterwards, Fowler told Sky Sports that he wants Fitzgerald to come through an expected British title clash with Ted Cheeseman to set up a second fight.

“Hopefully Scott beats Cheeseman, because I believe Scott is a better fighter and then it would be a dream come true to box Scott at the end of the year. I don’t care where it is.”

Liverpool’s Robbie Davies Jr pounded Michal Dufek to a halt in the third round of their Welterweight clash. The former European Super-Lightweight Champion was a class above his brave Czech opponent, with the referee stepping in following a sustained barrage of hurtful punches.

Davies Jr confirmed the altercation with Ritson in his post-fight interview and also vowed to settle their feud by knockout.

“He walked past us and obviously I’d just been listening in the back, what he’d said,” Davies Jr told Sky Sports after his win. “I obviously had my own fight to think of, so I just stared at him. He was mumbling something.

“But we’ve been staying in the same hotel, and the god’s honest truth, my hand on my heart, every time I’ve looked at him, he’s looked away.

“He will build the hype for the TV, but when it was just me and him, it was me who had front and not him.

“If the offer is good enough and it makes sense to me and my team, I’ll stop him.”

Ritson produced a more controlled performance against Jedrzejewski, flooring the replacement opponent with a brutal body shot, and then forced the referee’s intervention with further spiteful punches to the ribs.

‘Sandman’ called for a domestic clash against Davies Jr afterwards, and the duo later became embroiled in an angry exchange backstage.

Martin Bakole blasted out Ytalo Perea in less than 90 seconds of their Heavyweight clash to move to 13-1 (10 KOs). The Congolese fighter has recently linked up with promoter Eddie Hearn and made a big impact on his Matchroom Boxing debut, swiftly stopping his Ecuadorian opponent, who had gone the distance with New York prospect Adam Kownacki.

Thomas Essomba ended Sean McGoldrick’s unbeaten record with an upset points win to claim the vacant WBA Continental Bantamweight crown. The Cameroon-born man, who is a former English Bantamweight Champion,
was aggressive from the start and proved to be too good for McGoldrick on the night.

Jack Cullen defended his English Middleweight title with a commanding eighth-round stoppage win over the brave John Harding Jr. Cullen, now 17-1 (8 KOs), utilised his superior reach from the opening bell, gradually wearing down Harding Jr, who was dropped in the fifth round before the referee waved it off in the eighth as the south Londoner sagged on the ropes.

Hard-hitting Montrose Super-Middleweight prospect John Docherty was taken the distance for the first time in his professional career by the tough Middleton man Darryl Sharp. ‘The Doc’ banked some valuable and well-needed rounds as he outpointed Sharp over four rounds.

Anthony Crolla protege Dylan Evans secured a comfortable 40-37 points win over Latvia’s Aleksandrs Birkenbergs to move to 3-0 in the opening bout of the evening at the Exhibition Centre Liverpool.

Anthony Bellew-managed Light-Heavyweight prospect Thomas Whittaker-Hart earned the first stoppage of his career, dropping Bulgaria’s Ivo Krastev at the end of the opening round to progress to 2-0.

Manchester Welterweight debutant Nathan Farrell made a winning start to life in the pro ranks, breezing past Braintree’s Dylan Draper to take a 40-36 points win.