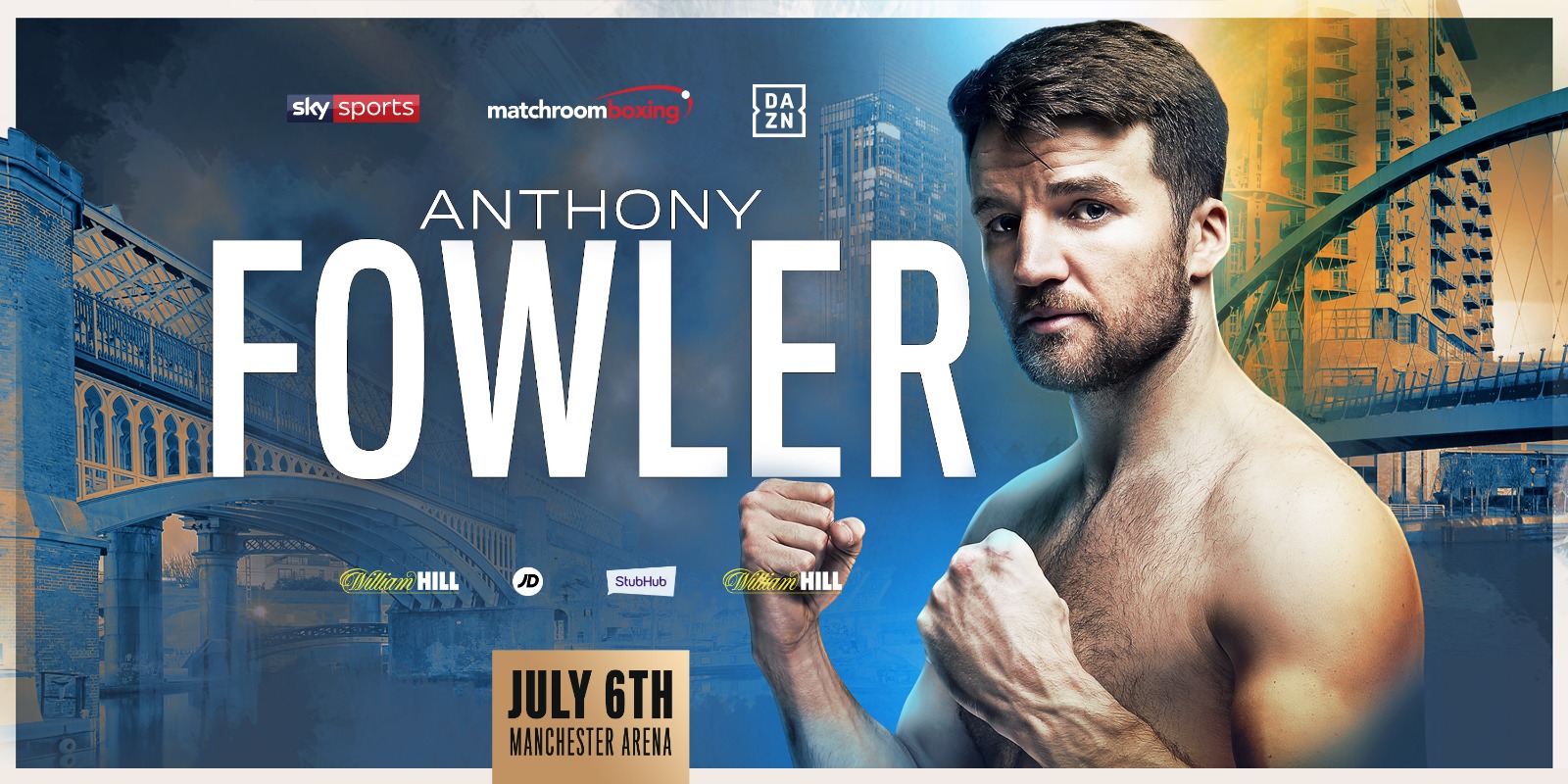 Anthony Fowler will return to the ring for the first time since his loss to Scott Fitzgerald when he fights on the bumper July 6 card at Manchester Arena, shown live on Sky Sports in the UK and DAZN in the US.

Fowler endured his first professional defeat at the hands of bitter rival and former GB teammate Fitzgerald at the M&S Bank Arena Liverpool in March after being dropped in the final round en-route to a thrilling split decision loss.

The Liverpudlian looks to get back to winning ways when he fights at Middleweight next month and is already targeting a huge rematch with the ‘Mad Man’ by the end of the year, and ‘The Machine’ hopes that the British title will be on the line this time.

“I’m itching to get back out there,” said Fowler. “I had two weeks off and then I was straight back in the gym. I want that rematch badly. I’m just channelling all of the negative feelings that I’ve got into my training. I knew about this fight 6 weeks out, Dave weighed me and decided that I’ll be fighting at Middleweight. I’m very big for Light-Middle so I’m going to have a trial run at Middleweight and see how I feel. I don’t struggle to make 154lbs, but I’ll look a million dollars in sparring, feel strong and fit, and then on fight night I’ll feel flat. We’ll see how I get on but there’s still massive fights ahead for me at 154lbs.

“I didn’t give Scott the credit he deserved heading into our fight. I genuinely thought it was going to be an easy night. I went into the ring with the mentality that the fight would be easy and I paid the price dearly. It affected me mentally and my performance dropped massively because of that. I should have been more composed and calculated, I went in there trying to knock him out early. The second half of the fight really got to me because of that approach. I won’t be making that mistake again.

“Obviously I just do what I’m told, I’m not the boss, but the ideal scenario for me is to get a good win on July 6 and then fight again at Light-Middleweight against a good opponent. Hopefully Scott will get past Brian Rose and beat Ted Cheeseman for the British title in September. I’d love the rematch in November or December if Scott will give me the opportunity. I hope he wants it too because the fans want it and it will be a decent pay day. The British public want to see it and I think it will definitely happen.”