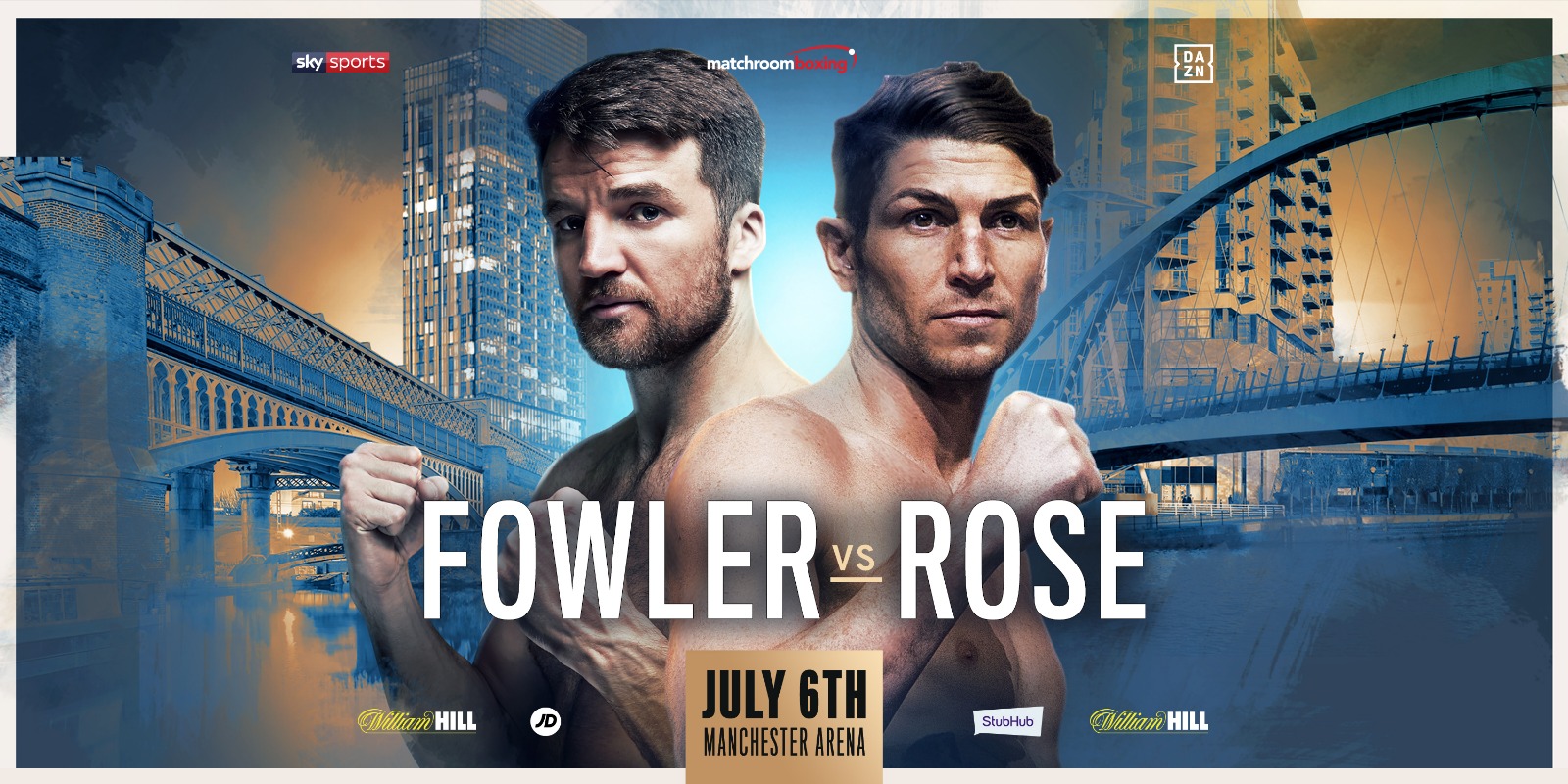 Fowler Steps In To Face Rose After Fitzgerald Injury

Anthony Fowler has stepped in to face Brian Rose in a must-win fight at Manchester Arena on Saturday July 6, live on Sky Sports in the UK and DAZN in the US, after Scott Fitzgerald was forced to withdraw from his title defence against Rose through injury.

Fowler suffered a first career defeat at the hands of Fitzgerald in March and was preparing to make his ring return on the July 6 card when he was handed a golden opportunity to take on former World title challenger Rose in the place of his bitter foe.

“I want tests and I want to be involved in the big fights,” said Fowler. “As soon as we heard the news that Scott had to pull out we grabbed the opportunity with both hands. I’m not in this game to be taking easy fights. Brian has mixed it at the top level throughout his career and this is a fantastic chance for me to test myself against an experienced opponent.

“I learnt a lot from my last fight and we went away and improved in a few areas. I know that I’m in for a tough night’s work in Manchester but this is a fight that I feel ready and prepared for. I was already massively motivated for my return on July 6 but this has given me another boost.

“I’m already in great shape, I’d be ready to fight next week. Brian is a big name and I think he’ll get the best out of me on the night. I know Brian and consider him as a friend, but this is strictly business and I’ve got a job to do next month. This is must-win for me.”

“Everyone knows that I’ve got a loyal following and although the original fight with Scott was a big Preston vs. Blackpool derby, I’ll still be bringing big numbers to Manchester on July 6 as Fowler is probably a bigger draw than Scott,” said Rose. “He’s a more well-known fighter even though Scott beat him and it’s a better fight.

“On paper it’s an easier fight, I don’t see it like that but this has all worked out better for me because when I beat Fowler I’ll have more options ahead of me and we’ll be able to demand more. I’m really looking forward to fighting Fowler and to fighting on the big stage again.

“It’s where I believe I belong, I’ve worked hard to get back on the big stage by fighting on those small hall shows which were great, but there wasn’t much exposure. I’ve done it all in the background, I’ve worked really hard over the last year to get myself fit and into the position that I’m in now and I’ll make it count next month.”

Fowler vs. Fitzgerald is part of a huge night of action in Manchester, Lawrence Okolie (12-0, 9 KOs) puts his British and Commonwealth Cruiserweight titles on the line against Jack Massey (16-0, 8 KOs), Felix Cash (11-0, 7 KOs) defends his Commonwealth Middleweight crown against Bolton’s Jack Cullen (16-1, 7 KOs), Anthony Fowler (9-1, 8 KOs) returns after his first pro defeat, Sheffield’s Dalton Smith looks to go 2-0 as a pro and Anthony Crolla Lightweight protégé Dylan Evans fights at Manchester Arena for the first time, with more exciting additions to the card to follow.