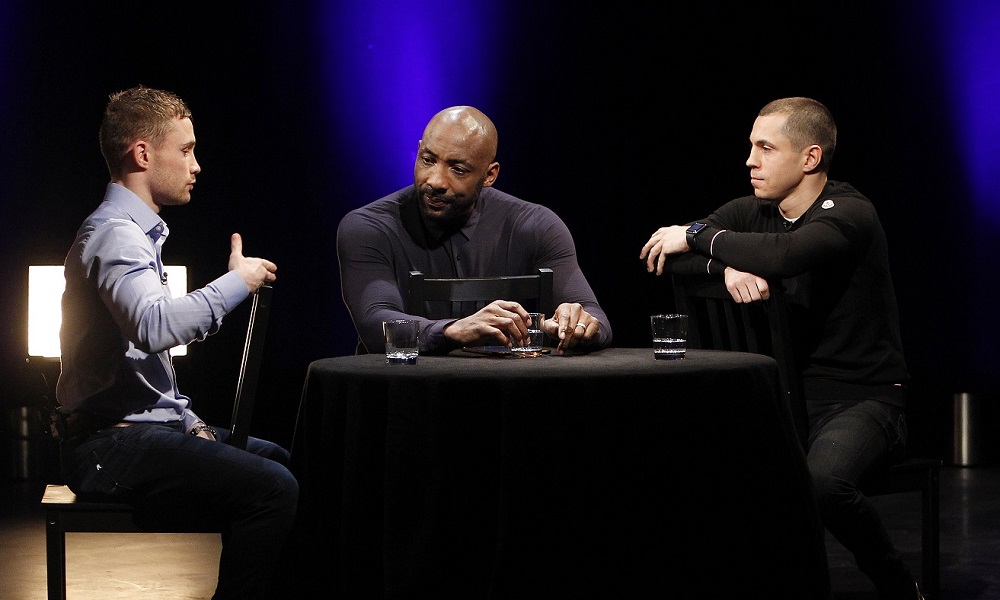 Frampton And Quigg – The Gloves Are Off

Scott Quigg: Just keep watching previous fights because you’re going to be in with the best Scott Quigg there’s ever been.

Carl Frampton and Scott Quigg trade verbal barbs ahead of their World Super-Bantamweight title unification clash on The Gloves Are Off, Sky Sports 1 at 6.55pm on Sunday February 14, and available to download On Demand on Saturday morning.

The unbeaten rivals both predict KO wins on the show chaired by Sky Sports’ Johnny Nelson, and fight fans have a fortnight to wait until they clash at the sold-out Manchester Arena live on Sky Sports Box Office.

Frampton and Quigg look to get an early advantage ahead of the clash, and the atmosphere is tense across the table as the pair discuss:

Fans’ favourites – They both think they are the most popular 122lb fighter in Britain.

Pressure test – They both tell us who will crack and which one has the experience when the heat is on.

FRAMPTON: “I have the power to knockout him out. I also have the boxing brain to win comfortably on points. I think your level of intelligence outside the ring, reflects in the ring. You don’t have much of a boxing brain.”

QUIGG: “The general public are calling it a 50/50 fight, but I don’t believe it’s a 50/50 fight. The way I’ve improved, my performances of late have showed that I’ve got the edge.”