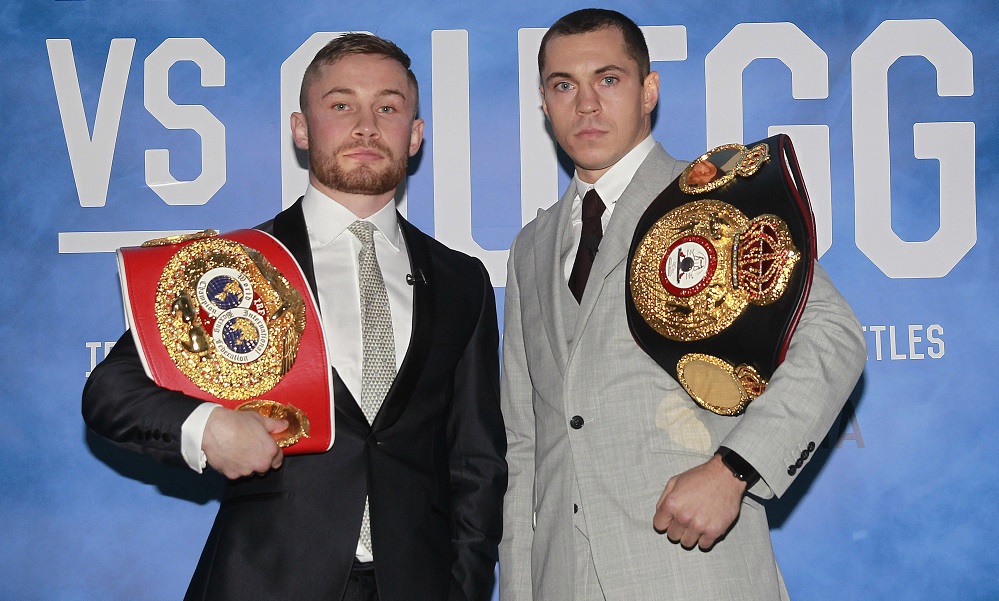 Tickets sold out in a matter of minutes for the must-see event at the Manchester Arena on Saturday February 27. Someone’s perfect record will go as the long-awaited clash between Frampton the IBF champion and Quigg the WBA belt holder will finally determine the number one domestic boxer in the division.

Belfast born Frampton, who received an MBE in the New Year honours list, has drawn support from across the different communities of Northern Ireland. His popularity will ensure a strong Irish contingent in the crowd making for an electric atmosphere with Bury’s Quigg enjoying the passionate Lancashire fans.

Adam Smith, executive producer of Sky Sports boxing, said: “2016 is going to be an amazing year for British boxing with 12 current reigning world champions. This is one of the most eagerly anticipated matches of recent times. Everything is on the line for Carl Frampton and Scott Quigg and the atmosphere in the Manchester Arena will be electric for what should be a truly outstanding duel between two fighters at the top of their game.”

Carl Frampton said: “I am delighted to be headlining this massive Sky Sports Box Office event on February 27 at Manchester Arena. This fight has been in the making for years, it’s finally happening and I’m going to deliver the performance of my career and win in style.”

Scott Quigg said: “This is going to be the biggest fight of the year and I am delighted that it’s heading to Sky Sports Box Office. The build-up is going to be huge and will get tenser as we get close to February 27 – but I am totally focused on the job in hand. Everything I have done in my career has led to this fight, I know I’m better than Carl in every department. I’ve got the tools to beat him and beat him convincingly.”

Preview and analysis from the Manchester Arena will be provided by Adam Smith, and former world champions Johnny Nelson, Carl Froch and Jim Watt, as well as a range of boxing experts. Sky Sports viewers can look forward to an extensive schedule of support programming providing the best possible analysis of the fight across our channels and digital outlet including Ringside and The Gloves Are Off.

In 2015 Sky Sports treated viewers to some incredible match-ups including Mayweather v Pacquiao, Klitschko v Fury and Joshua v Whyte. This year will be even bigger for boxing fans with some of the biggest names in the sport set to feature over the next 12 months. In particular, viewers will be able to follow the next generation of British boxers including James DeGale MBE, Kell Brook, Lee Selby, Kevin Mitchell, Scott Quigg, and Anthony Crolla, plus gold medallists Luke Campbell MBE, and Anthony Joshua MBE, two of Britain’s most exciting sporting prospects.