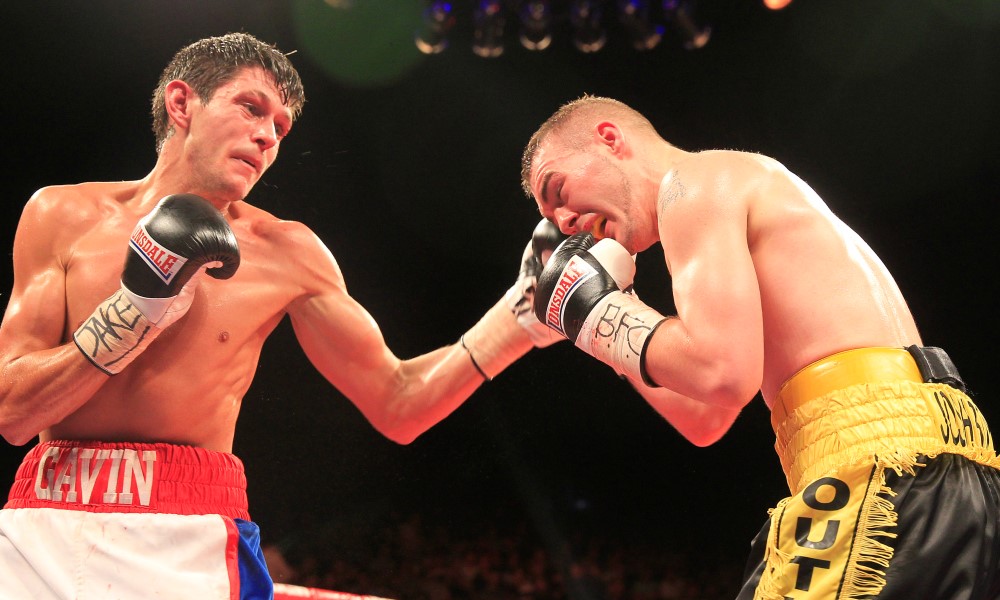 George Groves is back in action on November 22 at the Echo Arena in Liverpool. The ‘Saint’ will defend his WBC Silver title against American Denis Douglin (17-3, 10 KOs) on a bumper bill topped by the domestic grudge match between Nathan Cleverly and Tony Bellew, live on Sky Sports Box Office.

‘’I’m looking forward to getting back in the ring,’’ said Groves. ‘’This is a chance for me to impress on a big card. I plan to steal the show! It’s a calculated risk, lose this fight and I lose my shot at Dirrell. But I want to stay active, I want to box as regularly as possible and I’m confident I can get the job done.

‘’I’ve good memories of fighting at the Echo Arena. It’s been a happy hunting ground for me in the past. I fought my third professional fight there against Paul Samuels and I picked up a lot of fans in Liverpool that night. They’re a lively bunch and I hope to bump into a few of them when I’m back in November.’’

‘’This is a big opportunity for me,’’ said Douglin. ‘’Win this fight and I’m a step closer to realising my dream of becoming world champion. Groves is a great boxer, it will be a tough fight but I’m ready to cause an upset. I’m coming to fight my fight and to beat Groves on his home turf.’’

‘’We’re pleased to get George out on another big UK show,’’ said Groves’ promoter Nisse Sauerland. ‘’He will face a tough test against Douglin and cannot afford to look past him. George will need to approach this as if it were a world title fight or could risk losing the WBC mandatory position.’’

“I’m delighted to add George to a huge night of British boxing on November 22 in Liverpool,” said Eddie Hearn. “You have three great Super Middleweights in action in George, James DeGale and Callum Smith who are all in big fights. There will be plenty of drama on fight night and in the build-up. We have had a run of great nights recently working together with Team Sauerland and we look forward to many more in the future.”

Groves’ clash with Douglin is part of a massive bill in Liverpool topped by the rematch between bitter rivals Cleverly and Bellew. One of Groves’ arch-enemies James DeGale takes on Marco Antonio Periban over 12 rounds at Super Middleweight, while the exciting Liverpool Super Middleweight Callum Smith faces Nikola Sjekloca in a WBC World title eliminator.