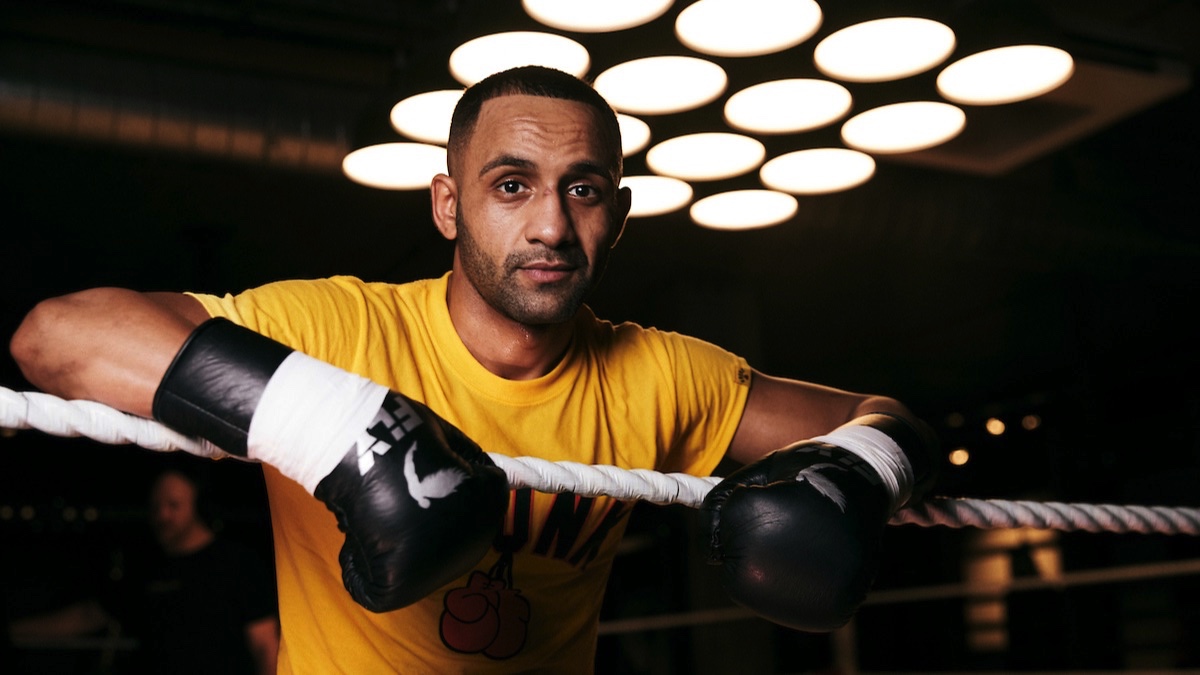 Kid Galahad says he has unfinished business with reigning IBF World Champion Josh Warrington ahead of his Final Eliminator clash with Claudio Marrero on the undercard of Kell Brook vs. Mark DeLuca at the FlyDSA Arena in Sheffield on Saturday February 8, shown live on Sky Sports in the UK and DAZN in the US.

Galahad (26-1, 15 KOs) fell short in his first World Title attempt against Warrington at the First Direct Arena in Leeds back in June last year, losing out on a controversial split decision after 12 close rounds, but the Sheffield ace has a golden opportunity to land a rematch when he faces ‘The Matrix’ next week.

“The day after the fight I went straight back into the gym,” said Galahad. “I went back to the drawing board. I believe that I didn’t lose that fight. I didn’t feel like I lost that fight when I was in the ring. The judges saw it a different way, it is what it is. Next time I’ve got to make sure I don’t leave it in the judges’ hands.

“I 100% believe that if that fight was anywhere else, and we had neutral judges, Kid Galahad would have been crowned a World Champion. I believe that the IBF is the best governing body though, they don’t mess about. They looked at the decision, they watched the fight and they gave me a Final Eliminator again.

Marrero (24-3, 17 KOs) captured the interim WBA Featherweight World Title with a one round demolition of Carlos Zambrano in 2017 and the 30-year-old from the Dominican Republic is determined to shatter Galahad’s dreams and set up another attempt at gold for himself.

“I’m fully focused on February 8 and Claudio Marrero. I’m fully focused on him and getting this kid out of the way because it’s going to be a very dangerous night for me. Marrero comes from a very good amateur pedigree. He’s a former Dominican Republic Olympian, he’s signed with Al Haymon as a pro. He’s had 23 fights, 17 knockouts, he’s only lost to high-calibre opponents. He can punch, he can box.

“He can do everything this kid and he’s very dangerous. February 8th is going to be a very tough night for me. I’ve been training very hard, I’m looking forward to it. Whatever he brings to the table on February 8th I’m going to rise to the occasion and step up my game. If I don’t win this fight then there is no World Title fight for me.”

Galahad vs. Marrero is part of a huge night of action in Sheffield.

Kell Brook (38-2, 26 KOs) will be aiming to shake off the ring rust and fire his name back into the mix for a Word Title shot in 2020 when he meets the USA’s Mark DeLuca (24-1, 13 KOs), Terri Harper (9-0, 5 KOs) clashes with Finland’s Eva Wahlstrom (23-1-2, 3 KOs) in a unification for the WBC and IBO Super-Featherweight World Titles, Anthony Tomlinson (11-0, 6 KOs) takes on Stewart Burt (13-1-1, 1 KO) in a Eliminator for the British and Commonwealth Welterweight titles, Dave Allen (17-5-2, 14 KOs) makes his long-awaited return after eight months out of the ring, Brentwood Super-Featherweight Martin Joseph Ward (23-1-2, 11 KOs) and Sheffield Super-Featherweight prospect Donte Dixon (2-0, 1 KO) return, Super-Middleweight John Docherty (7-0, 5 KO) continues his march towards a first title, Leeds Featherweight Hopey Price (2-0, 1 KO) looks to go 3-0 and Sheffield Light-Heavyweight Callum Beardow (1-0) fights for the second time as a pro.