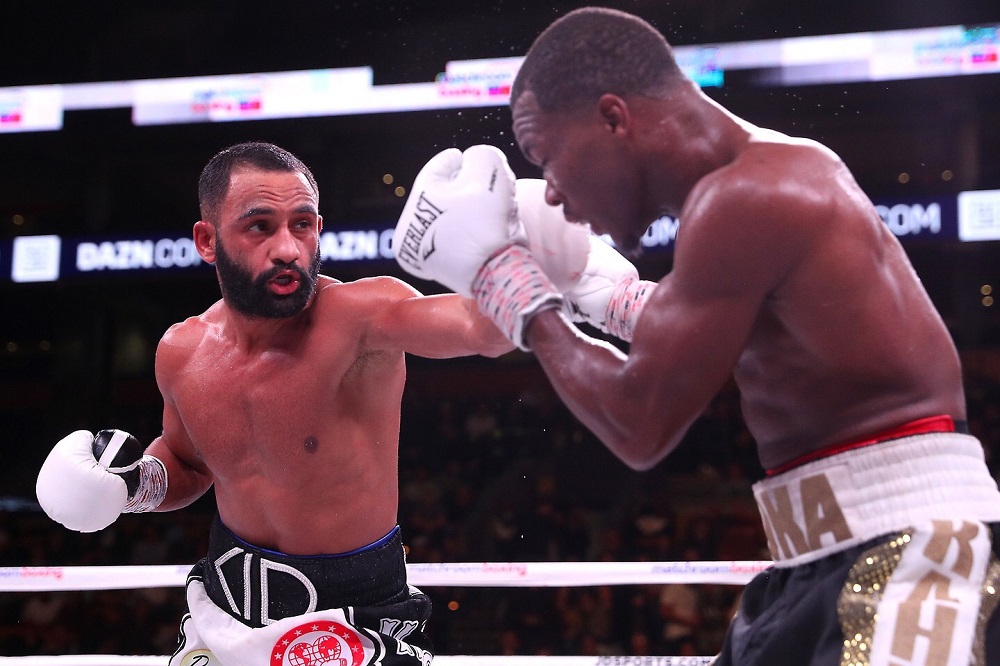 Kid Galahad says he wants to set up an all-Yorkshire World title battle with IBF Featherweight Champion Josh Warrington after taking the mandatory position with a win over Toka Kahn Clary at the TD Garden in Boston last month.

Galahad returns on the Kell Brook vs. Michael Zerafa undercard at the FlyDSA Arena in Sheffield on December 8, live on Sky Sports in the UK and DAZN in the US, and will be keeping a close eye on Warrington’s first defence against two-weight king Carl Frampton on December 22.

The 28-year-old, a former British, Commonwealth and European ruler, is rooting for the Champion to defeat the Belfast star so they can set up a tasty local derby in 2019 and aims to impress on in front of his home crowd next week.

“I did what I needed to do against Clary,” said Galahad. “He was very tricky and very awkward. I was a bit disappointed that I didn’t knock him out to be honest with you. I knew it was going to be scrappy, he’s long and wiry, I had to break his spirit. I got the job done and now I’m looking forward to fighting back in Sheffield – I’ll be looking to end the year on a high.

“I hope Josh gets the win against Frampton. That is a huge Yorkshire derby, Leeds versus Sheffield, that’s a big fight. Now I have the mandatory position, there’s no excuses, nowhere to run for Josh or Carl. I hope they don’t vacate the title and go elsewhere, that fight has to be made. If Josh wins I don’t think he’d vacate, but Carl might as he’s done it before, he vacated the WBA instead of fighting Guillermo Rigondeaux.

“It’s a great division with Leo Santa Cruz, Gary Russell Jr. and Oscar Valdez in there as Champions. Back home obviously there’s Josh, Carl and Scott Quigg. I don’t like Scott, he thinks he’s better than he is, and I’d love to smash him. Scott has come up short and I think that people would expect me to win, so I’d rather fight Josh or Carl, we’re the big three in Britain.”

Galahad features on a huge night of boxing in the Steel City.

Tickets for Brook vs. Zerafa priced at £40, £60, £100 and £200 (Inner Ring VIP) are available to purchase via StubHub (www.stubhub.co.uk) FlyDSA Arena (www.flydsaarena.co.uk) and Matchroom Boxing (www.matchroomboxing.com)