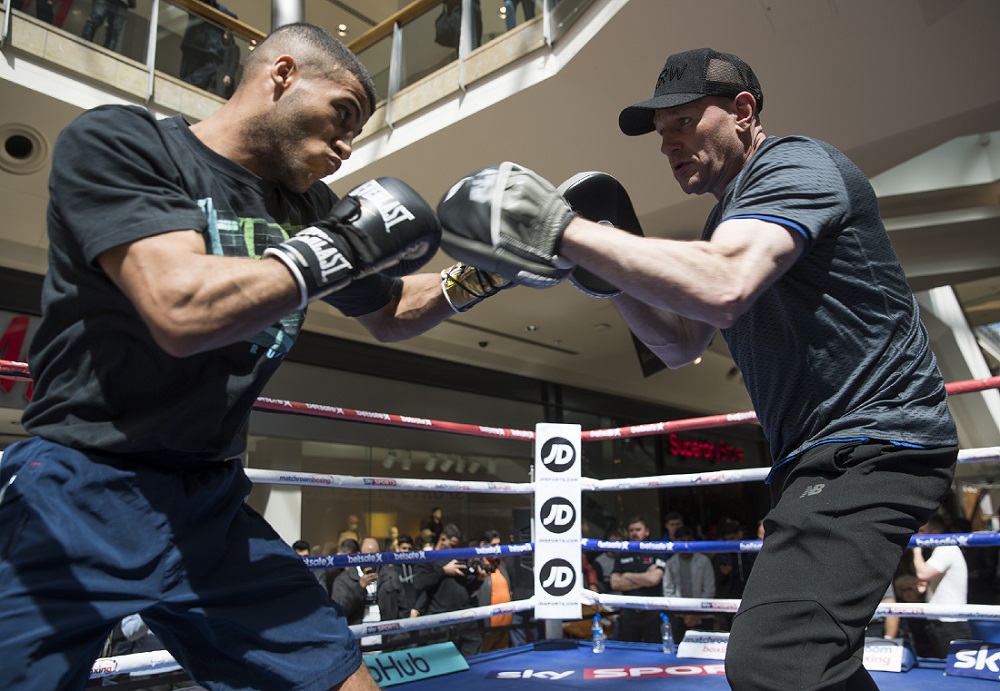 Gamal Yafai: Forget Power – I Beat Davis In Every Department

Gamal Yafai says he can beat Sean Davis any way he wants to when he challenges his local rival for the WBC International Super-Bantamweight title at the Barclaycard Arena in Birmingham on Saturday night, live on Sky Sports.

Yafai and Davis finally get their hands on each other after their proposed meeting for Yafai’s Commonwealth title fell through in October after the champion damaged his ankle in training.

Davis instead met Paul Economides for the crown he defends tonight, while Yafai returned from injury in Germany in March in a six rounder. The 25 year old now meets ‘Showtime’ on the undercard of his brother Kal’s World title defence, and Yafai plans to do a comprehensive job on Davis to show he’s ready to move to the next level.

“I can’t wait for this,” said Yafai. “Fighting in front of my home fans on big shows is something I’ve always wanted to do and it’s a bonus to be alongside my brother. To do it so early into my career is massive for me. I’m so happy to be one of the big names in Birmingham.

“I know a bit about Sean. I didn’t know him a year ago until his coach messaged me on Facebook for a bit of sparring and we done a little bit of work.

“It’s my job to answer whatever Sean brings. I’m capable of that. I am more than just a puncher, I can outbox Sean and outpunch him – I beat him in every department.

“I was preparing for the Davis fight doing box jumps. I’ve got it on video, it was on CCTV where I was training. I went over on it, it’s hard to describe how I done it. The pain and rehab was unreal. I couldn’t do anything for two months solid.

“It was horrible being out of the ring so long. I couldn’t train and obviously wasn’t getting paid. It’s hard when you can’t fight but it only makes you stronger.

“I didn’t have any surgery, just had to let it rest. It was so bruised and I tore a few ligaments but it’s in the past now.

“I’m entering the next phase of my career now. I learnt a lot as an amateur so I didn’t have to have as many learning fights so to speak. I didn’t need that long like other fighters might do. I was a World class amateur so I think I’ve done alright so far and I’m ready for the next step in my career.”

Yafai’s clash with Davis is part of a huge night of action in Birmingham where Kal Yafai defends his WBA World Super-Flyweight title against Suguru Muranaka.