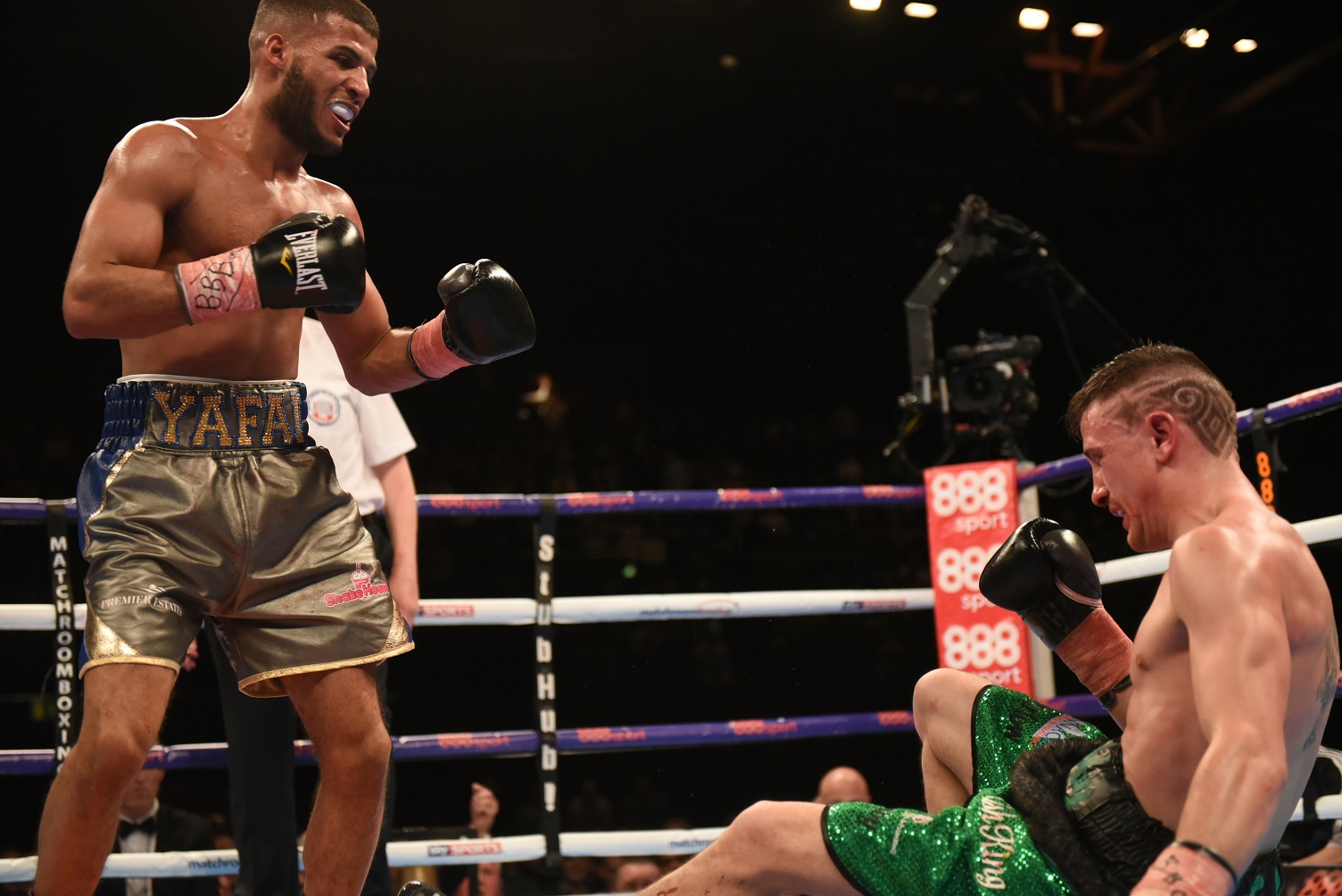 Gamal Yafai ripped the Commonwealth Super-Bantamweight title from Bobby Jenkinson with a powerful seventh round stoppage at the Genting Arena in Birmingham, live on Sky Sports.

Yafai dominated the champion from the opening bell and did so with his now-trademark toe-to-toe style. The Birmingham talent bloodied the nose of the Derby man early on but then had to contend with a nasty cut above the left eye himself from a clash of heads in the fourth.

Thanks to great work in the corner, the cut didn’t affect Yafai and the breakthrough he deserved came at the end of the sixth when a left jab opened the gap for a thudding right to floor Jenkinson right on the bell.

The groggy champ came out for the seventh round but Yafai smelt blood and jumped all over Jenkinson, who gamely held on until the ropes held him up following another swarming attack from Yafai and the towel came in during the count.

Yafai follows older brother Kal in landing the Commonwealth title as his first, and doing so one fight earlier than his brother in his tenth pro outing, and says that is what he can produce when he’s fully fit.

“In my last fight I had a fractured sprained hand,” said Yafai. “I had injections the week before and it went in the second round. That’s why I had a bad performance. I beat a better kid here. He was wincing and I knew he was going. It was just a case of jumping all over him and not letting him off the hook, and that’s exactly what I did.

“I knew the cut was bad. He hit me with his head in the fourth and I felt a few stars going round but I’m a warrior and I get through it.”