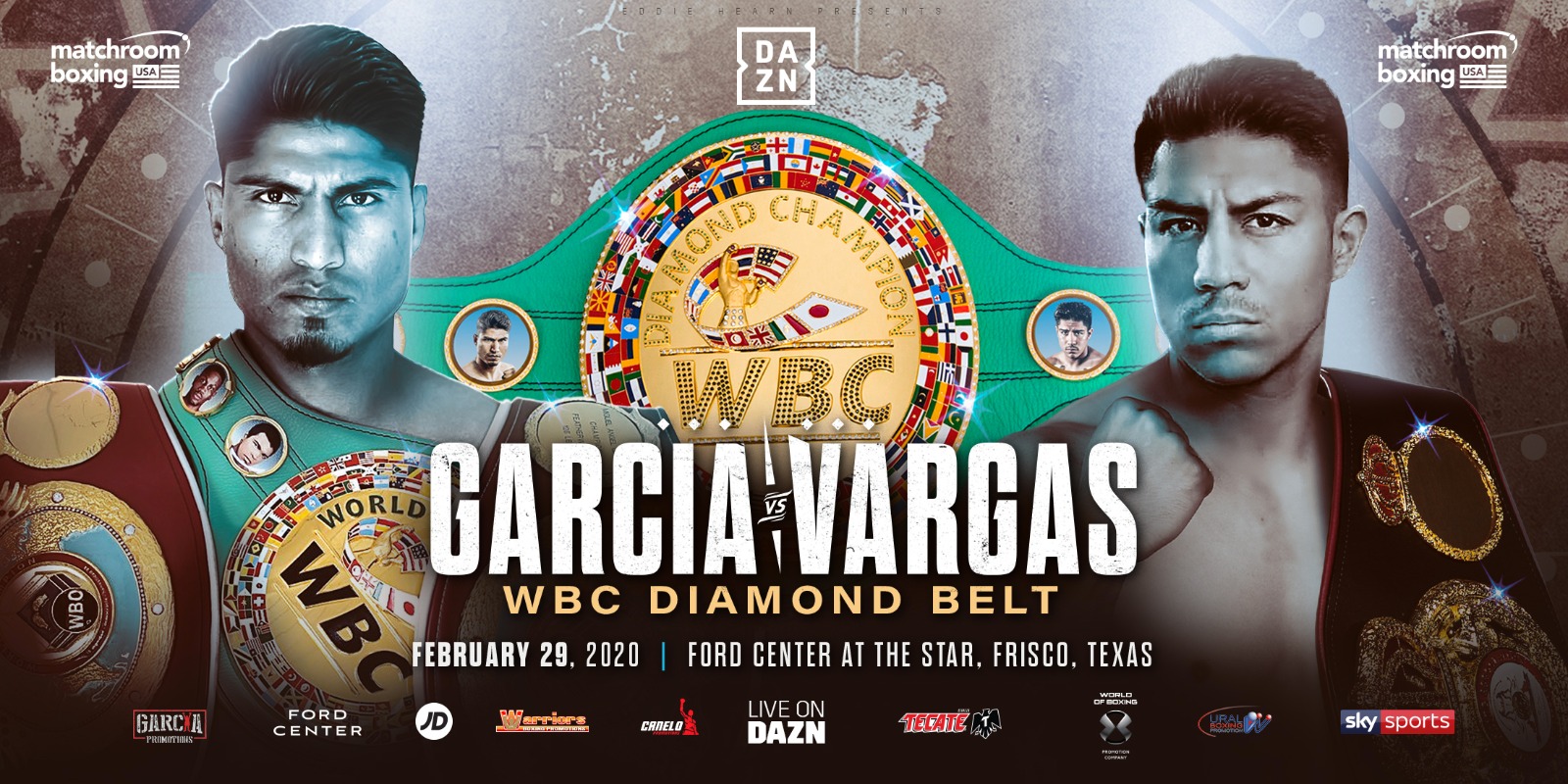 Garcia Vs Vargas Clash For The Wbc Diamond Belt

The WBC is pleased to confirm the Diamond belt to honor the winner of this sensational fight between two elite fighters as Mikey Garcia and Jessie Vargas clash on Saturday February 29 at Ford Center at The Star in Frisco, Texas, live on DAZN in the US and on Sky Sports in the UK.
TICKETS ARE ON SALE NOW STARTING AT $25 VIA SEATGEEK

Garcia and Vargas are multi-division world champions and also are proud WBC Cares ambassadors and role models for society.The World Boxing Council Board of Governors unanimously voted in favor to approve the WBC Diamond belt to be awarded to the winner celebrating this sensational fight between these great fighters .

The WBC Diamond belt is an iconic trophy which has been awarded to commemorate special fights. Some of the past winners of Diamond belts include Floyd Mayweather, Manny Pacquiao, Bernard Hopkins and Canelo Alvarez.