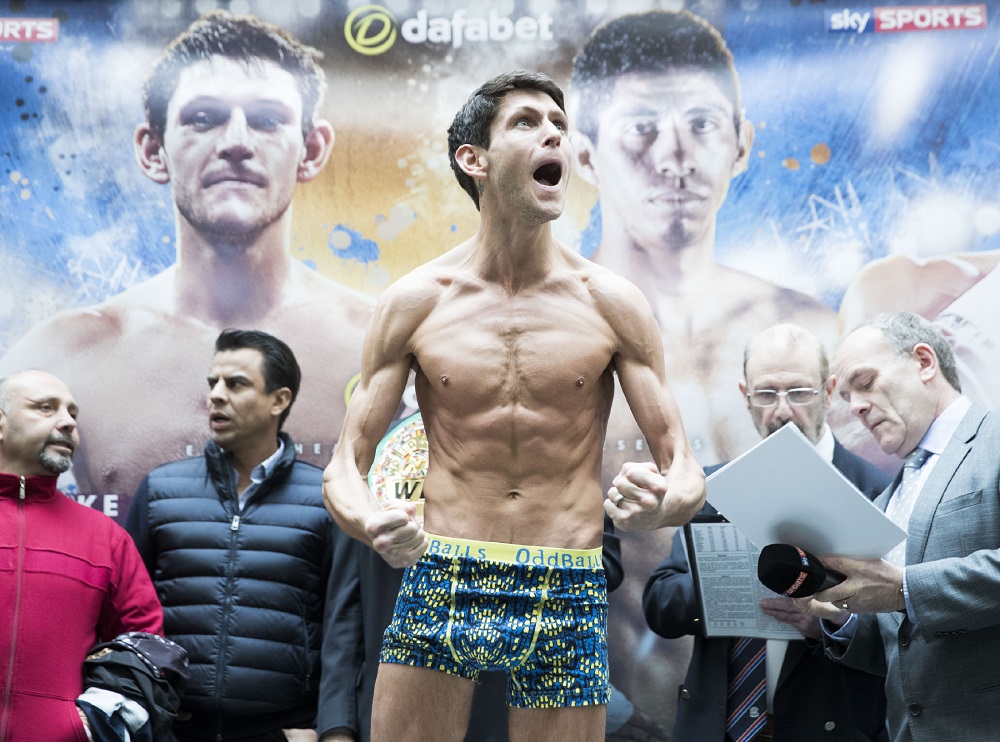 Gavin Mcdonnell: I’ll Join Jamie On Top Of The World

Gavin McDonnell is aiming to step out of his twin brother Jamie’s shadow and land in the big time when he faces Rey Vargas for the vacant WBC Super-Bantamweight title tomorrow night at the Hull Ice Arena, live on Sky Sports.

Victory for Gavin would create a unique piece of British boxing history as he would join Jamie as a World ruler, with Jamie holding the WBA Bantamweight crown and will make a sixth defence next time he enters the ring.

Unbeaten Gavin has handled every step-up he’s been handed with aplomb over the last three years, picking up British, European and International straps to land his World title shot, and he’s ready to leap over one more hurdle to join his sibling at the top of the boxing tree.

“Jamie will get a big kick up the backside from this, not that he needs it!” said McDonnell, who scaled 8st 8lbs 8oz, 8oz more than Vargas. “He is comfortable being number one in the family but he is getting a wake-up call because I am hot on his heels now. People might start saying I am the number one if I have a World title, so Jamie will have a point to prove too.

“He has the bit between his teeth and I think the next year is going to be huge for us both. We will be pushing each other on – two twin brothers at the same level, doing the same sort of thing. At the moment he has achievements much greater than mine but that is where I want to be and we are on this journey together. It is nice to see that we are both giving each other these memorable nights and that it isn’t all one-side for Jamie as it was for a while.

“One of the main dreams down the line would be for us both to co-headline a show where we both have World titles. Not just for us but for the family, the supporters, for everybody who has backed us over the years to give them a super night in Doncaster, that is the night and we intend to bring boxing back to Doncaster. If I win this World title we will be the first twins to do it from the UK so there is a bit of history on the line as well.”

McDonnell’s clash with Vargas is part of a huge night of action in Hull as hometown star Luke Campbell MBE defends his WBC Silver Lightweight title against Mexican Jairo Lopez.