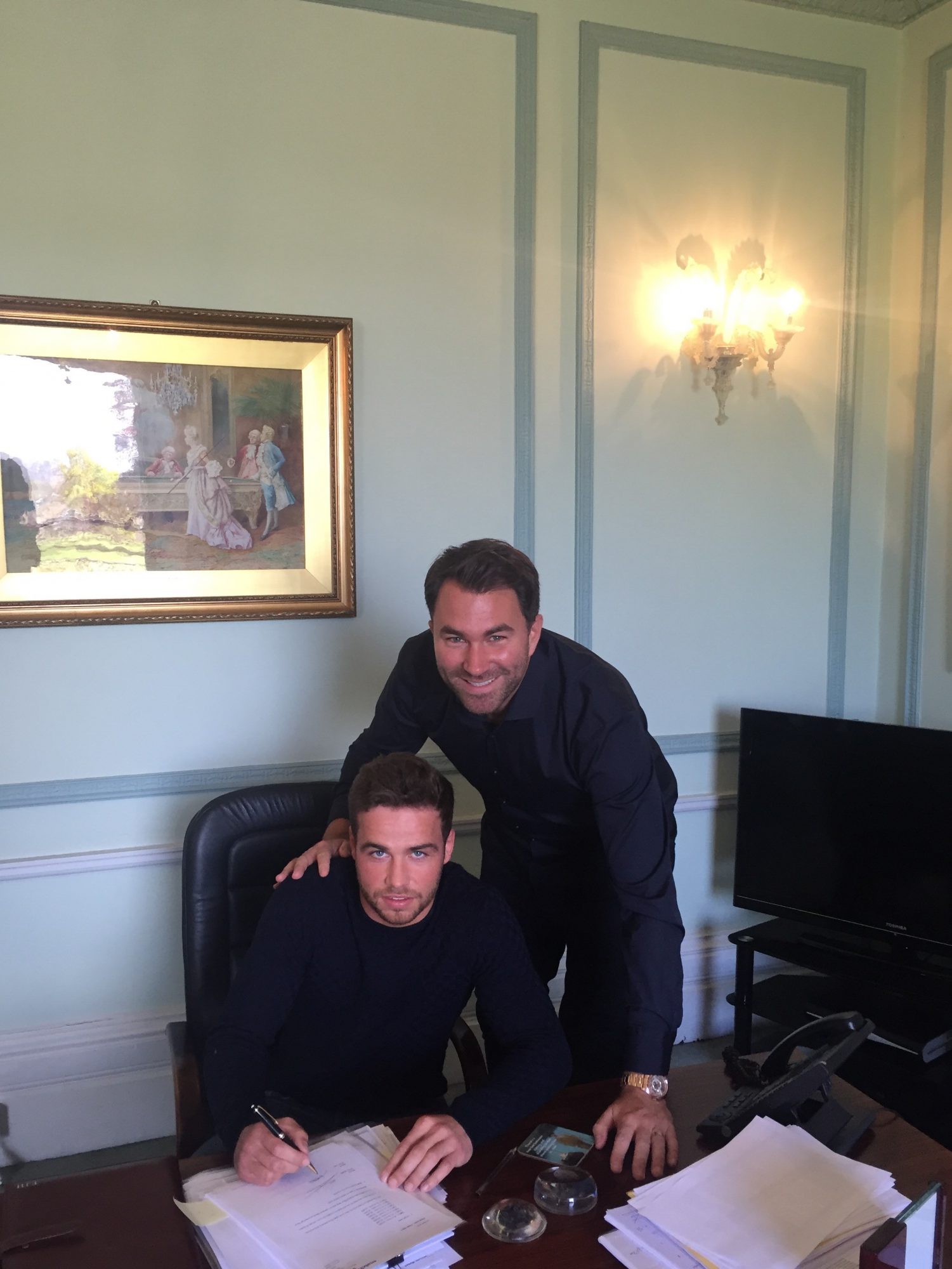 Felix Cash has signed a promotional deal with Matchroom Boxing and will make his professional debut at The O2 in London on June 25, live on Sky Sports Box Office.

Decorated amateur Cash kicks off at Middleweight in the Greenwich venue and the Wokingham talent believes he’ll be hunting titles next summer as the 23 year old looks to transfer his amateur pedigree into the paid ranks, starting with a pro bow on the undercard of Anthony Joshua’s first IBF World Heavyweight title defence.

“I feel that I will settle into the pros quickly and I want to move at pace,” said Cash. “I think this time next year I’ll be in a position to move towards a first title.

“I can’t think of a better night to make my pro debut with Joshua defending his belt and George Groves and Martin Murray in a huge fight. It’s a massive show and I’m really looking forward to being a part of it.

“I learnt so much with Team GB and my time on the squad has improved me hugely, plus all the travelling and competing in different countries means I already know how to adapt to all sorts of different styles and conditions.

“Winning gold in the Golden Belt last summer in Romania was a real highlight for me but just getting into the Team GB setup was a massive achievement. I won a lot of junior titles and was five-time national champion, so I had a lot of success in the amateurs, it’s going to set me up perfectly for the pros.

“Obviously I was disappointed not to make it but Anthony Fowler did brilliantly to make it and I hope he goes on to do well in Rio. I wasn’t going to wait around for four more years to go to the 2020 games. I’m 23 now and I think that this is the perfect time to turn over.”

Cash’s debut is part of a blockbuster night of action at The O2, with Joshua putting his title on the line against unbeaten American Dominic Breazeale.

Groves and Murray meet in a mouth-watering domestic Super-Middleweight blockbuster and WBA World title eliminator bout, John Wayne Hibbert clashes with Andrea Scarpa for the vacant WBC Silver Super-Lightweight title and Conor Benn is in action for the third time in the paid ranks.