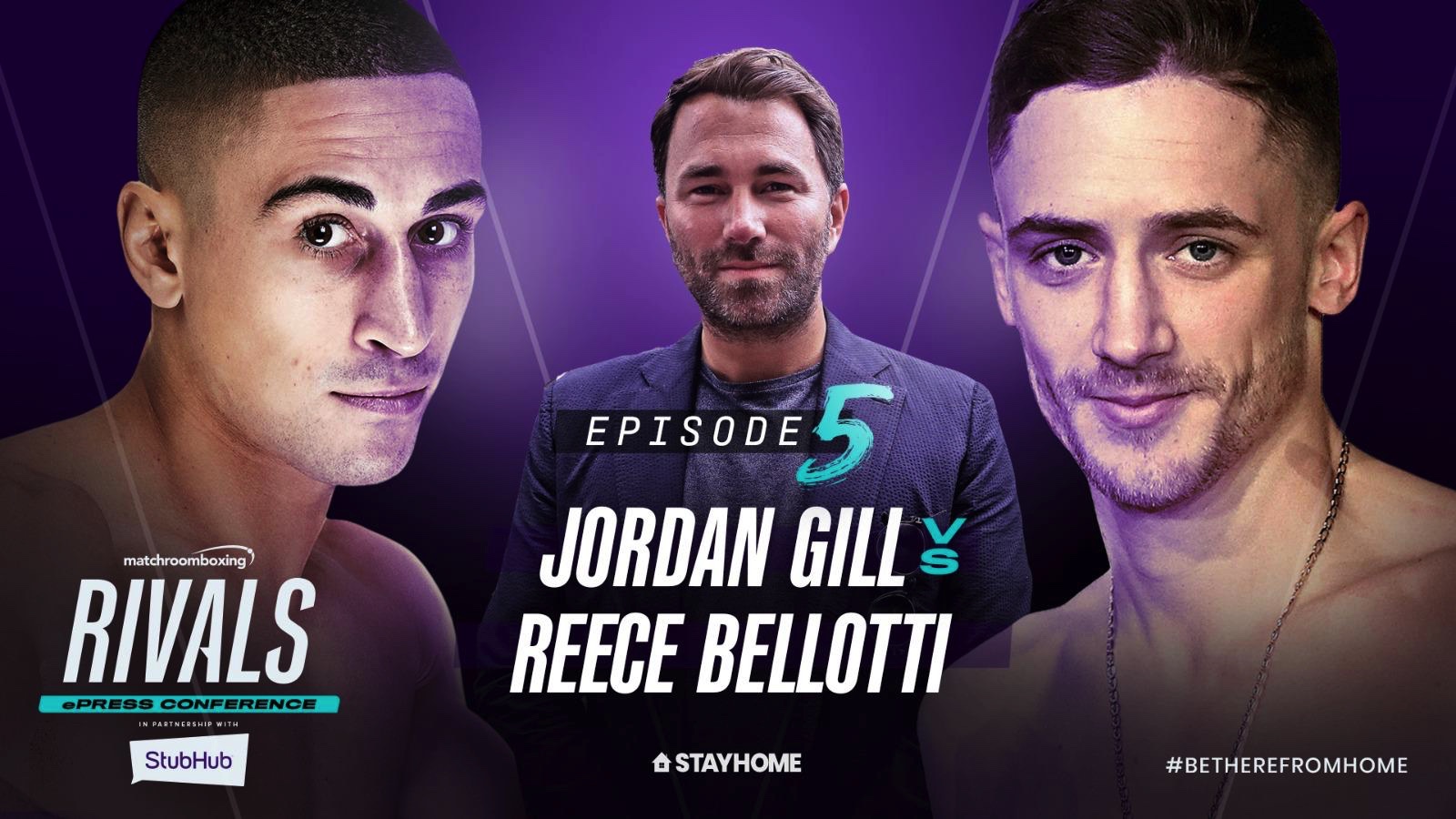 British Featherweight rivals Jordan Gill and Reece Bellotti will come together for a special ePress conference at 7pm (BST) tonight on Matchroom Boxing’s YouTube channel ahead of their proposed clash on the upcoming Fight Camp event.

Gill (24-1, 7 KOs) was due to return to action on UK soil on the cancelled David Avanesyan vs. Josh Kelly show at The O2 in what would have been his second fight back since losing his unbeaten record to Mexico’s Mario Enrique Tinoco last year.

Determined to make up for lost time and showcase the improvements he has made under coach Dave Coldwell during lockdown, ‘The Thrill’ jumps into an electric domestic dustup at 126lbs against Watford’s former Commonwealth champion Bellotti (14-3, 12 KOs).

“The main reason I took this fight is because if I win, it will catapult me back to where I want to be,” said Gill. “It’s a must-win for both of us! I’m not just going in there to do the business but to look good doing it as well. These shows behind closed doors are a new challenge. People around the world will be watching so we need to make the most of this opportunity.”

“Me and Jordan have both had recent setbacks, we need to get back in the mix and to do that you have to win fights like this,” said Bellotti. “I won’t need to get pumped up for this fight, it’s a must win and Jordan is a good fighter. I have to be on my game and you will see a different side of me in this one.”

Fans can tune in to Rivals at 7pm (BST) on the Matchroom Boxing YouTube channel here: Gill vs. Bellotti Rivals