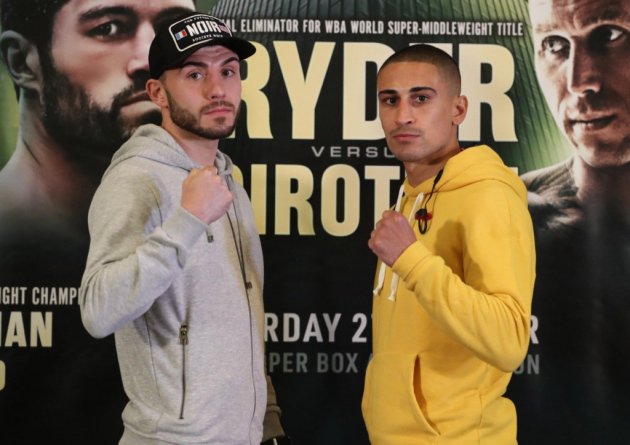 Gill: If I’m Not Ready Now Then I Never Will Be

Jordan Gill is determined to prove the hype is real when he challenges Ryan Doyle for the Commonwealth Featherweight crown at the Copper Box Arena this Saturday, live on Sky Sports in the UK and DAZN in the US.

‘The Thrill’ has been frustrated in waiting for a crack at his first title, but the Cambridgeshire man, who has cruised to 21-0, believes victory against Manchester’s Doyle will set up a huge 2019.

“I’ve been waiting for a big fight like this for the past two years, it’s a big test and a chance to win my first major title,” said Gill.

“I’m in boxing to be involved in the big fights and take on the best. This is a golden opportunity for me and I’m going to make it count.

“I had 18 months out of the ring where I was training non-stop, but I didn’t get a fight. I’ve made the move to Dave Coldwell and I’ve rebuilt for a year. I’ve had five fights, five wins and a British title eliminator and now thankfully I’ve got a big shot at the Commonwealth title against a very tough fighter in Ryan Doyle.

“As a fighter all you want is the opportunity to be involved in big fights and I’ve got that opportunity now, it’s down to me to deliver on the night. If I’m not ready now then I’ll never be.

Doyle, 27, believes he will be too “battled hardened” and experienced for Gill, but the Dave Coldwell pupil says he will be prepared for whatever comes his way on the night.

“I’m not sure whether it’s going to be a boxing match or a slugfest, but I’ve prepared myself to the best of my abilities,” he added.

“He’s a good fighter, he does everything well. He’s got a good jab, he’s fit and he’s strong, he’s good in every department and I think he’s getting better as well. It’s a big step up and I’m going to prove the hype is real.”

Doyle vs. Gill is part of a huge night of action at the Copper Box Arena topped by Islington’s John Ryder taking on undefeated Russian Andrey Sirotkin in a Final Eliminator for the WBA Super-Middleweight World title.