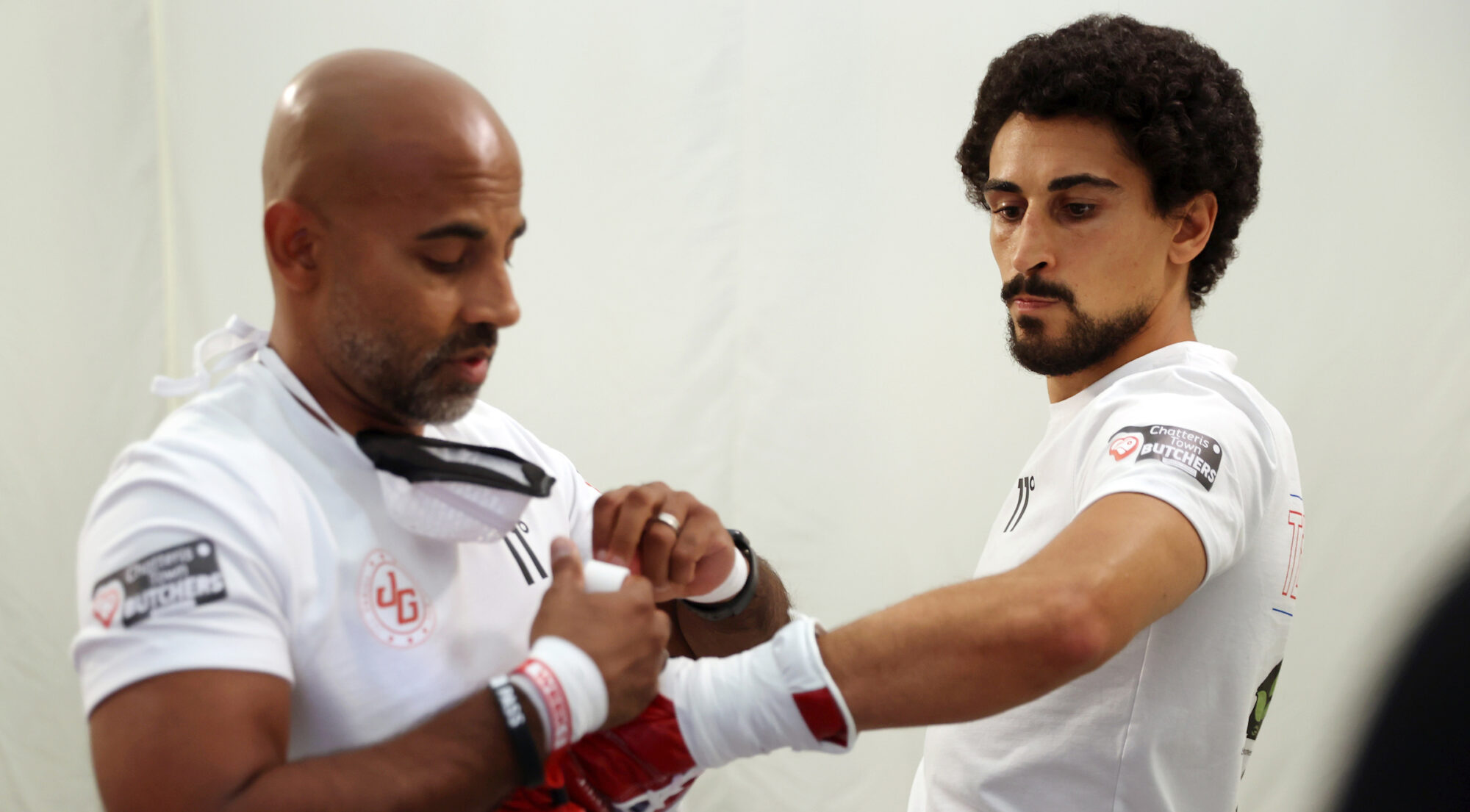 Gill: It’s going to be all-action

'The Thrill' prepared for toughest opponent yet

Jordan Gill is looking to throw himself back into Featherweight Title contention by beating Mexico’s former World Title challenger Cesar Juarez in style when they collide over ten rounds at The SSE Arena, Wembley on Saturday February 20, live on Sky Sports in the UK and on DAZN in the U.S. and more than 200 countries and territories.

This will be the second behind closed doors appearance for ‘The Thrill’, who was last seen dominating Reece Bellotti in the curtain raiser of Matchroom’s Fight Camp series last summer.

Juarez, an experienced operator who took fearsome puncher and then WBO Super-Bantamweight World Champion Nonito Donaire 12 rounds in 2015, may well be Gill’s toughest test to date on paper, something that the Dave Coldwell-trained talent has prepared for.

“This is a great fight against Juarez, it’s going to be all action,” said Gill. “You only have to look at his resume, he had one of the fights of the year against Donaire in 2015 and the only guys that have beat him are World Champions or top ten world ranked fighters.

“I know Juarez will be coming to win. He’s going to be tough!"

“I want to win and look good, I know it’s not going to be an easy task but it’s a challenge that I’m relishing. I’m expecting a tough fight but at this stage of my career this is the step-up I need. He’s the best fighter that I’ve faced.”

The only loss of Gill’s 26-fight career came against another Mexican in the shape of Enrique Tinoco, a stablemate of Juarez. Following Josh Warrington’s shock defeat to previously unknown challenger Mauricio Lara, there will be no risk of complacency for the Chatteris man.

“I know Juarez will be coming to win. He’s going to be tough! You hit Mexican fighters with the kitchen sink and they still keep coming forward. I’ve got to make it as one-sided as I can.

“Juarez is from the same camp as Tinoco, who beat me, so they will be licking their lips! I see this as a step-up from Tinoco, so when I beat this guy, and beat him in the fashion I’m going to, it will prove a lot of people wrong and be my career-best win.

“In my view, the win over Bellotti was a controlled but conservative performance. In this fight you will see a bit more of me!”