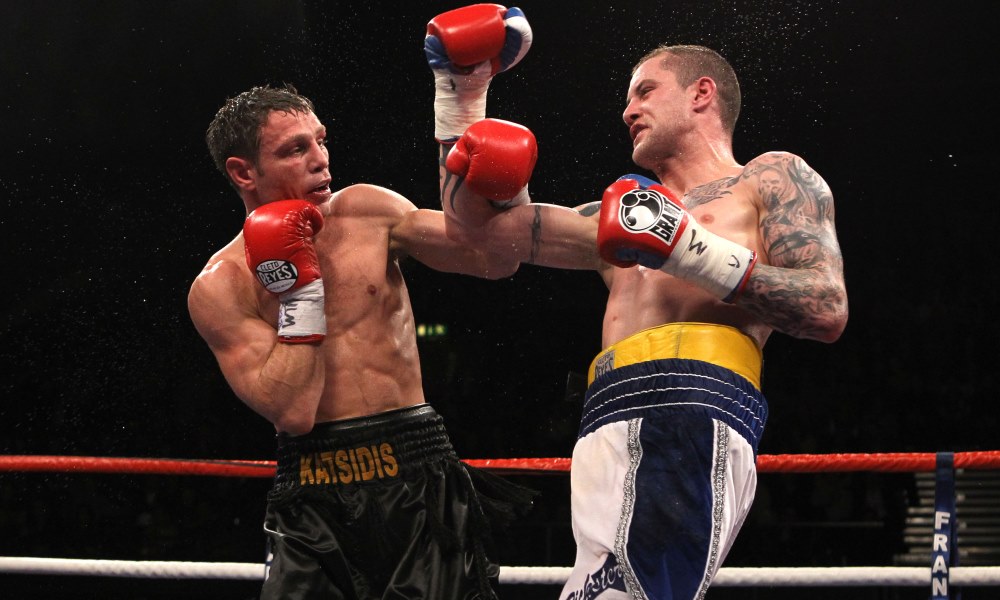 War Of Words For Cleverly And Bellew Stokes The Fire

Bitter rivals both predict stoppage wins in Liverpool on Saturday

Nathan Cleverly and Tony Bellew locked horns once again at today’s press conference – and both men predicted KO wins ahead of their rematch on Saturday at the sold-out Echo Arena in Liverpool, live on Sky Sports Box Office.

The bitter rivals addressed the media next door to the venue where they have met before and will meet again this weekend, and with the pair packing Cruiserweight power on Merseyside this time around, they are both in no doubt that the stakes couldn’t be higher for their long-awaited second clash.

“When you punch you are at your most vulnerable and I only need one punch to land, just one,” said Bellew. “I am technically better than him. He’s not that good, he’s actually pretty poor technically, and I can’t see how he can outbox me. The only thing he has got is that he could outwork me, but like I say, if you just want to work with me and fire shots at me, you’ll be going to sleep. I’m not going to die going down the stretch and if that’s what he is hoping for, he is very, very wrong.”

“There’s an incredible amount riding on this fight,” said Cleverly. “It’s personal between us but I know what will happen to the winner. This fight is a gateway to a World title shot and the chance for me to make that two-weight World champion dream a reality. That rarely happens in boxing, only the best fighters achieve it so for me to go on and do it, that’s what dreams are made of.

“I can’t imagine myself losing and it hasn’t crossed my mind because I am so confident of winning. I cannot allow this guy to beat me. I will meet him, trade with him, break him down and stop him – 2-0.”

DeGale faces Mexican danger man Marco Antonio Periban over 12 rounds with the Londoner choosing to take a risky fight despite his mandatory position for the IBF title – a risk the Olympic gold medallist says will pay off.

“The simple answer is that I want to box the best that I can. Fighting Periban and beating him – I’m going to get some credit after. I don’t have to take this fight, I could have taken a routine eight-rounder against a journeyman but I told Eddie Hearn ‘I don’t want that, get me someone I’m going to get credit for after’.

“This guy is going to come to fight but the better the opposition the better I’ll box. I’m really, really looking forward to it and I can’t wait to be in the ring again. This is a massive show, massive night of boxing in a brilliant city, a sold-out venue and live on Sky Sports Box Office so I can’t wait.”

Groves is in the same boat as DeGale as he meets the ‘Momma’s Boy’ while he waits on his shot at WBC champion Anthony Dirrell.

“This fight is a risky one if it doesn’t go to plan,” said Groves. “I would lose my mandatory shot, but I feel it was more important to keep the momentum going from the last fight.

“I’m looking forward to boxing well and getting more rounds banked ahead of my World title challenge.

“The Dirrell fight should take place before the end of March. That would be perfect for me. It would allow me to have a little break over December and to work on different things in the gym. Then come January, it would be full steam ahead.”

There are a pair of WBA World title bouts as Bury star Scott Quigg defends his Super Bantamweight title against Hidenori Othake and Jamie McDonnell defends his Bantamweight strap against Javier Chacon.