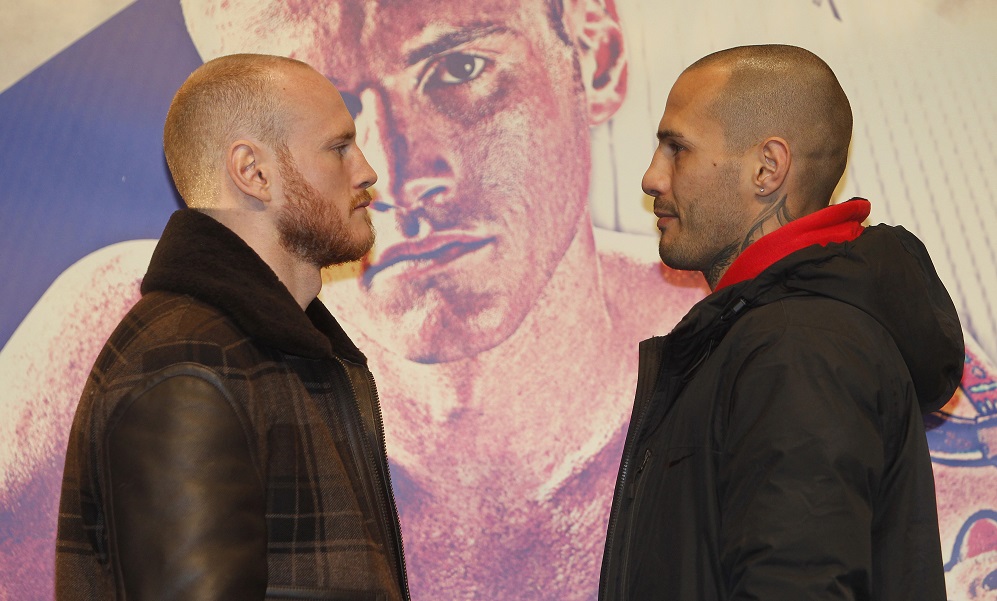 George Groves says he’s ready to meet his domestic rivals at Super-Middleweight as he returns to action at the Copper Box Arena in London’s Queen Elizabeth Olympic Park, live on Sky Sports – if the clashes lead to World title fights.

Groves faces Andrea di Luisa in east London in his first fight since his slender loss against Badou Jack in Las Vegas in September, and the three-time World title challenger accepts that it’s going to take a few fights to get back to the level he wants to operate at.

The Super-Middleweight division remains as vibrant as ever, and English fighters are at the forefront. Groves’ old foe James DeGale MBE holds the IBF crown, while Jack could soon come up against Liverpool star Callum Smith after his April clash with European champion Hadillah Mohoumadi was sanctioned as a final eliminator. Add St Helens’ Martin Murray into the mix, and the Brit pack are right in the mix for the major honours, and Groves believes he can emerge as the cream of the crop – but is in no rush to gain another win over DeGale.

“I’ll fight anyone that is put in front of me,” said Groves. “Right now, it’s January, it’s my first fight since the Jack fight and it’s Andrea di Luisa. He’s boxed at a high level and has wins and losses at that level, he’s here to present problems and he has a style that if you are not switched on he will take advantage of your mistakes. I believe he’ll ty and set traps for me but at the same time I think he’ll give me openings and I will take them and get a good knockout win to kick-of 2016 in style.

“I could’ve come back and had a fight down the bottom of an undercard and knocked out some nobody inside two or three rounds, but I haven’t done that. I’m topping the bill live on Sky Sports against an opponent that is going to be hungry, he’s live and he’s here to ask serious questions. Di Luisa is a good fighter and the perfect fight for me to get myself back into the mix. I want to get two or three fights before the summer and then we can look at where we are at ranking-wise and see what opportunities are open to me.

“I’ve got nothing but good will to James DeGale. He’s had his own tough times, but right now he’s riding high. A lot of people have said his last fight with Lucian Bute was closer than the six rounds he was given it by, but I didn’t see it. As long as he’s still winning, good luck to him. My time will come and I am not worried about him, I just have to concentrate on myself, get the win at the weekend to kick 2016 off in style.

“I should be in contention for another World title in the summer because I have the profile and the performances to match. If James is still World champion then maybe our paths will cross, but I am just focused on getting myself into range of a World title shot and that’s what I want.”

Tickets are on sale now priced £40, £60 and £100 available from www.seetickets.com by calling 08712307148 (Calls cost 10ppm plus your network access charge) £200 VIP tickets are available exclusively from www.matchroomboxing.com