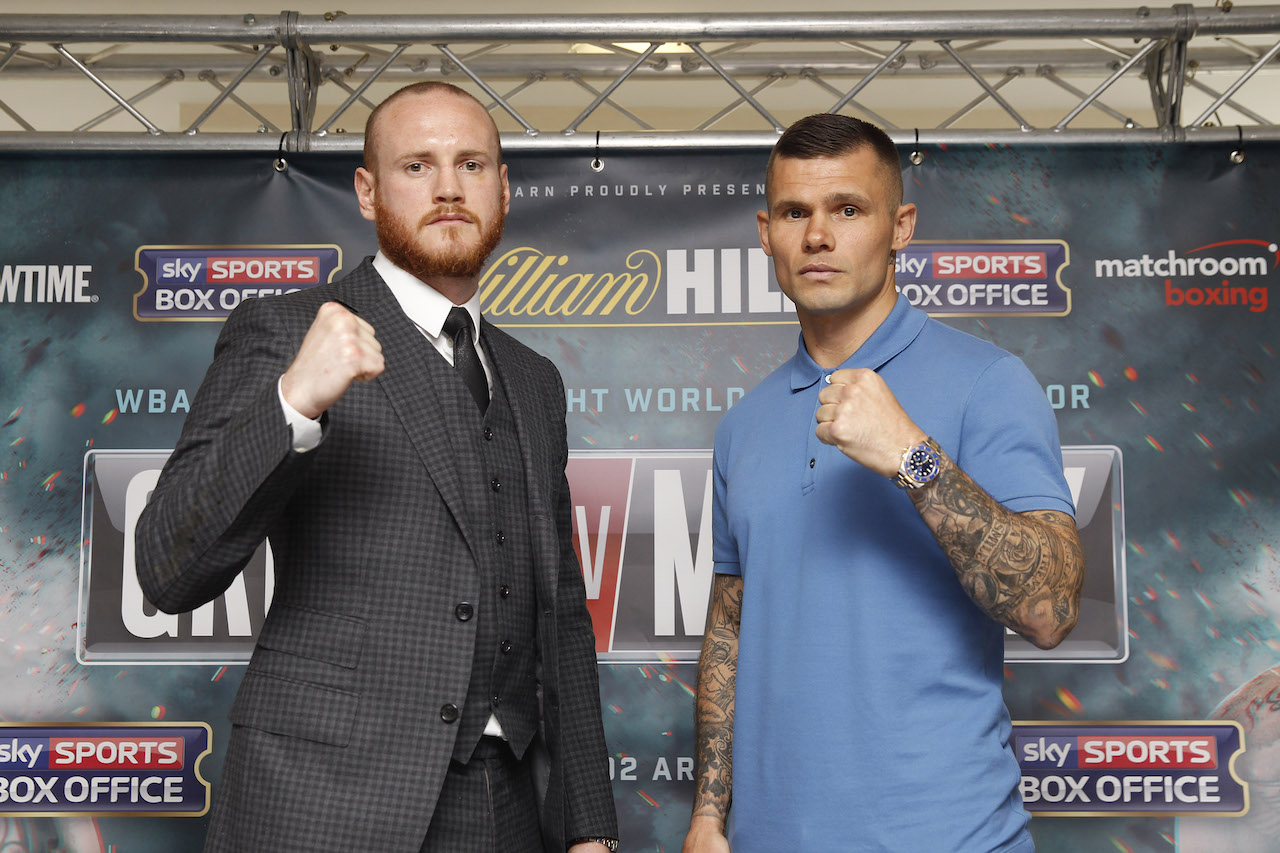 George Groves believes he will beat Martin Murray and send him into retirement when the pair clash in an eliminator for the WBA World Super-Middleweight title at The O2 on June 25, live on Sky Sports Box Office.

Groves and Murray meet on a huge night of action in the capital and ‘Saint’ George believes that with the stakes so high, their meeting could steal the show as both men look for a key win to land another World title shot.

Murray has had four World title shots – three at Middleweight and one at Super-Middleweight – and Groves has had three cracks at the big prize at 168lbs. The Londoner was quick to point out that Murray had been hand-picked for his shots, and believes he’ll dispatch the St Helens man in Greenwich and leave his career in tatters.

“I think if he loses he will think about packing it in,” said George. “I can’t speak for Martin but he’s older than me and he’s exhausted all the natural things that a fighter can do to win a World title. He didn’t pull it off at Middleweight, he’s moved up to Super- Middleweight and he’s had a crack at Arthur Abraham, and I think he let himself down there. He’s got the domestic dust-up that he’s craved and that’s what is motivating him for this fight, if he doesn’t win then I don’t know where he goes from there.

“Martin is the chosen opponent in World title fights; he gets picked as an opponent that looks good on paper but gets beat, I’ve never been that guy. Maybe Eddie Hearn, Carl Froch and Matchroom Boxing were confident in the first fight, but they didn’t want the rematch. We had to force the IBF to get that Wembley fight, we went down the mandatory route and give no options away and had to work to get there.

“So many big things are going to come out of this fight for me. I’m back in London again, I can sleep in my own bed the night before, it’s another training camp with Shane, and this is a fight that he can get his teeth into. He’s working at the highest level with Carl Frampton so this is a big fight for him too.

“I think that this fight could have sold The O2 out on it’s own, it’s the type of fight that fight fans want to see and it’s going to pull in casual fans too.

“You will see improvements from me. People will be watching to see what I have got left and what Martin has got left, and the winner goes on to take all I hope. I believe I have an awful lot left to give and achieve in boxing and I don’t want to fall at the first hurdle against Martin.”

Groves and Murray clash on a huge night of action at The O2, as Anthony Joshua MBE defends his IBF World Heavyweight title against unbeaten American Dominic Breazeale.