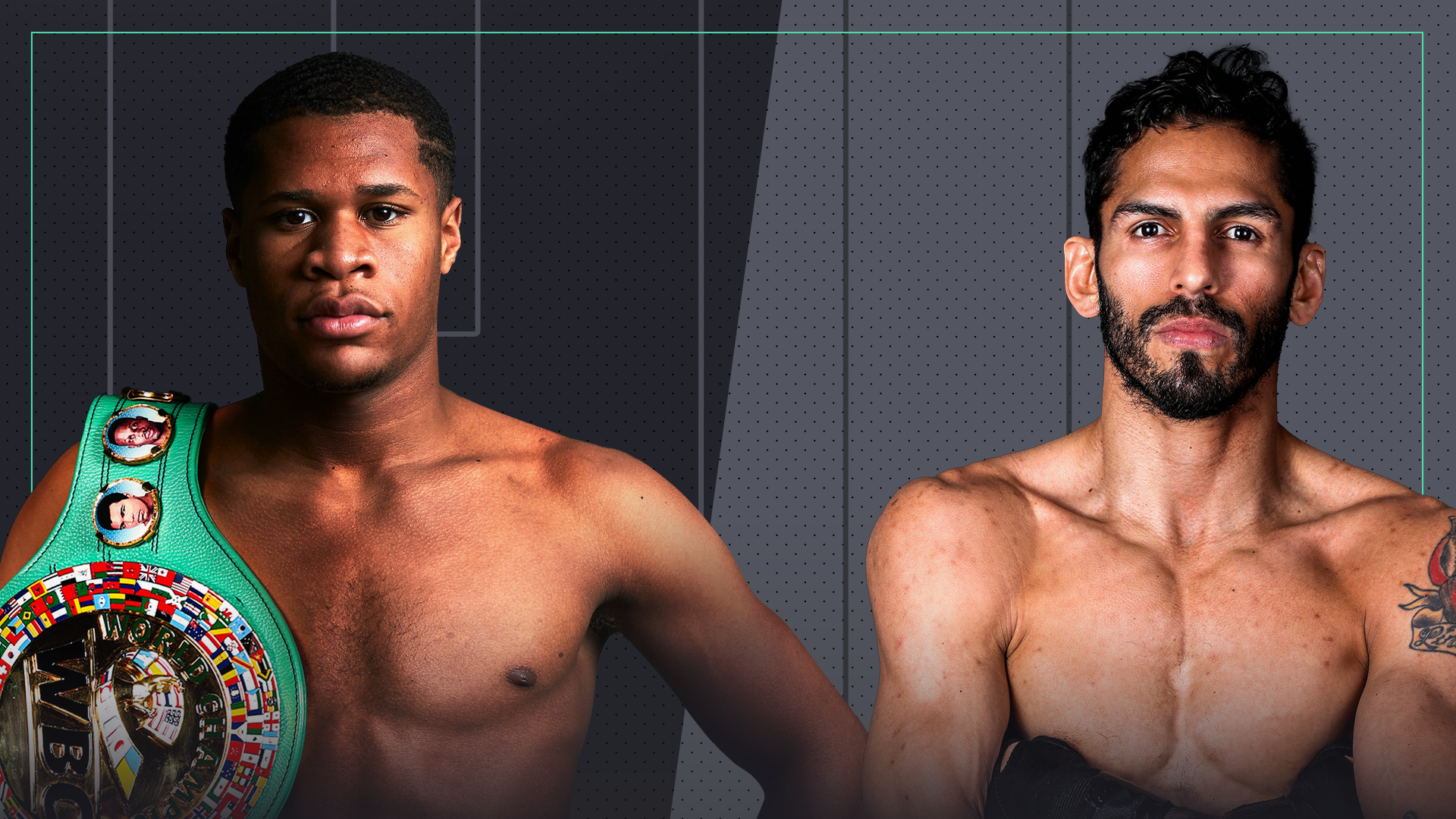 Devin ‘The Dream’ Haney will defend his WBC World Lightweight title against Jorge Linares at the Michelob ULTRA Arena at Mandalay Bay Resort and Casino in Las Vegas Saturday, May 29. The event will air live worldwide on DAZN in association with Devin Haney Promotions and Golden Boy Promotions.

Ticket information, including on-sale details and pricing, as well as the undercard will be released soon.

The spotlight will be on Haney (25-0, 18 KOs) over Memorial Day Weekend as he puts his belt on the line for the third time, this time taking on Linares who will provide the sternest test of the champion’s rich talents. The 22-year-old star will box in his Las Vegas backyard for just the third time in his career and first time since his sixth pro outing in May 2016.

‘The Dream’ was elevated to World champion after a destructive KO win over Zaur Abdullaev in New York in September 2019. He went on to defend his belt twice with comfortable distance wins over Alfredo Santiago in November 2019 and Yuriorkis Gamboa the following November.

"I'm going to show the world why I'm the king of the Lightweight division."

“I’m very excited to be making my third World title defense against a great fighter like Jorge Linares, who will be the best fighter I will have ever faced in my career,” said Haney. “He’s a three-division World champion who has fought at the championship level for the past thirteen years.

“I grew up watching Linares and the fact that this fight is happening in Las Vegas is incredible. Boxing fans around the world are eager to see me step up in competition which is great, and I know Linares is coming to fight. I’m ready to give the fans a spectacular performance. The better competition brings the best out of me. Against Linares, I’m going to show the world why I’m the king of the Lightweight division.”

Linares (47-5, 29 KOs) is looking to become a two-time holder of the WBC strap that he won in December 2014 against Javier Prieto. The fight was a catalyst to a four-year run where the Venezuelan ace beat Kevin Mitchell, Ivan Cano, Anthony Crolla twice, Luke Campbell and Mercito Gesta as Lightweight king before he faced defeat in a to-and-fro clash with Vasiliy Lomachenko in New York in May 2018.

"I will demonstrate that Haney made a big mistake by accepting a challenge that he is still not ready to overcome.”

The 35-year-old takes on Haney in his 15th World title battle and 53rd bout in over 18 years as a pro. Linares believes there are plenty more chapters to be written in his storied career.

Linares said, “This is my moment to show the world that I still have a lot more to give at 135 pounds. Devin Haney is a talented and quick-handed young man, but when I was his age, I had already become a world champion by snatching the title away from a real World champion like Oscar Larios. And now you can imagine how much more experience I have now at an age where I feel stronger and better than ever.”

“Without a doubt it will be a tremendous fight, but I will demonstrate that Haney made a big mistake by accepting a challenge that he is still not ready to overcome.”

"This is the breakout fight that shows the world that Devin Haney is the best lightweight on the planet."

Promoter Eddie Hearn said, “This is the breakout fight that will show the world that Devin Haney is the best lightweight on the planet. Jorge Linares is a tremendous fighter, a three-weight king that has speed, power and plenty of experience.”

“I’ve represented four fighters who have attempted to beat Jorge and failed, but this time I believe we have the future king of the division in Devin, and this is his moment. May 29, the bright lights of Mandalay Bay in Las Vegas, this is the moment.”

Oscar De La Hoya, Chairman and CEO of Golden Boy, said, “We have worked with Jorge Linares for a long time and any time the so-called experts count him out, he comes back with a vengeance. Haney has never confronted anyone even close to Jorge’s skill level, and at 135, he is still a force to be reckoned with for anyone in the division.”

George Kliavkoff, President of Entertainment & Sports for MGM Resorts International, said, “Mandalay Bay has been synonymous with boxing for more than two decades and we look forward to continuing the tradition with our event partners. The opportunity to host a fight of this caliber, and doing so safely, is another step in the return of championship events to the Sports Capital of the World.”

Ticket information for the Haney vs. Linares championship boxing event at the Michelob ULTRA Arena at Mandalay Bay, including on-sale details and pricing, as well as the undercard will be released soon.