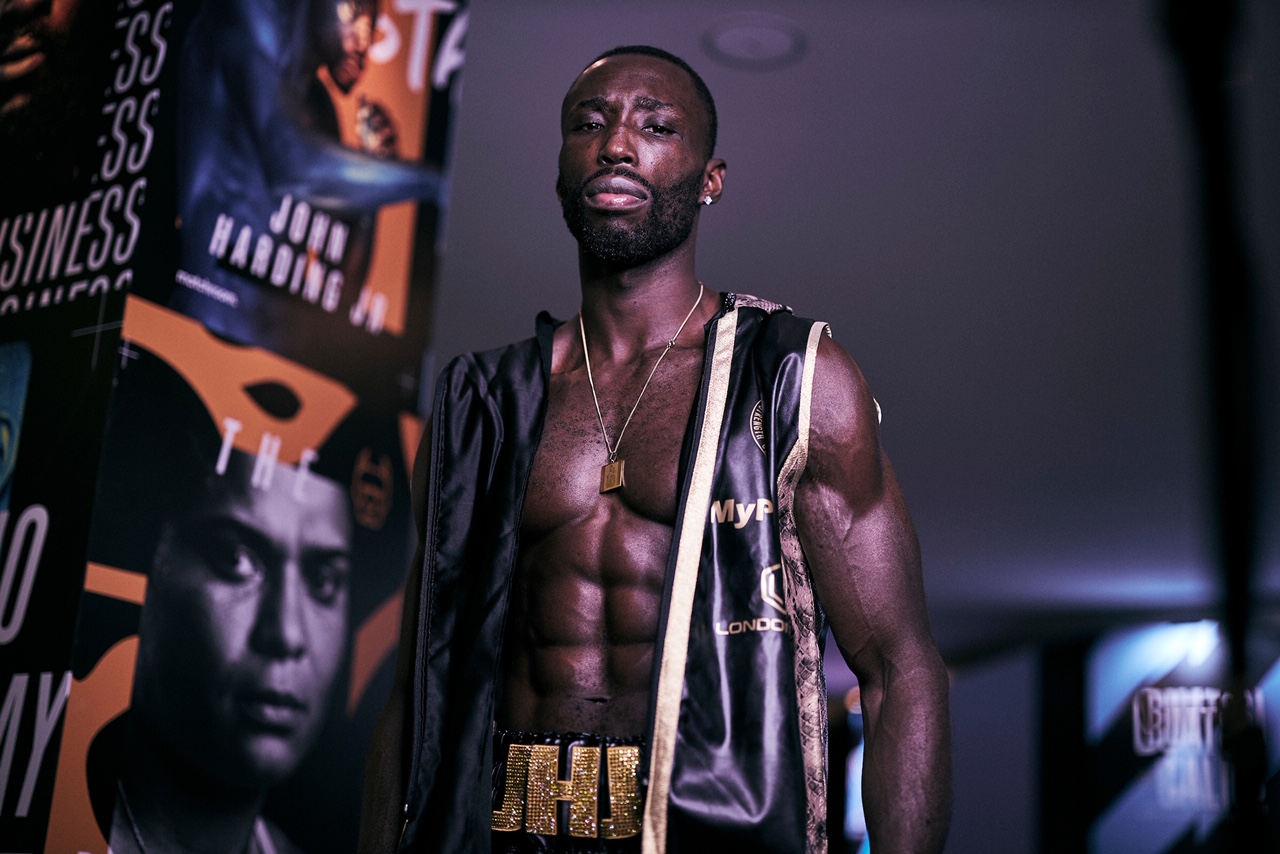 John Harding Jr is aiming to win the English Middleweight Title at the second time of asking when he clashes with Luton’s undefeated Linus Udofia in the opening bout of tomorrow night’s show at the Marshall Arena in Milton Keynes, shown live on Sky Sports in the UK and DAZN in the US.

‘Pester Superstar’ (8-1-1, 2 KOs) turned his life around after being released from prison for a third time in 2015 – and he says his journey is only just beginning with Heavyweight contender Dillian Whyte in his corner.

The Brixton fighter fell short in his first attempt at winning the English Title in August 2019 when he was stopped in eight rounds by Little Lever’s Jack Cullen at the Exhibition Centre in Liverpool after taking the fight at short notice.

Harding Jr has been training alongside his manager Whyte in Portugal as ‘The Body Snatcher’ prepares for his huge rematch with Alexander Povetkin on Saturday November 21, and with a longer camp behind him, the 36-year-old is predicting he will become the first man to defeat Udofia.

“My heart separates us,” said Harding Jr. “He ain’t got heart like me. He ain’t fearsome like me. He hasn’t been through what I’ve been through. He might have more experience than me in the ring, but there’s things that have happened outside of the ring that have given me so much experience.

"I am going to stop him, maximum violence!"

“My heart is too big. I’m not going to back down. I’m a real champion. I know there’s going to be an opportunity for me to land, and when I do land cleanly, he’ll go down. I visualise myself stopping him and the ref waving it off.

“I go into this fight with no fear in me, I know what I have to do to win and I will. I am going to stop him, maximum violence! Linus Udofia is tailor-made for me. He has a bag of tricks but nothing that concerns me, he has cherry-picked his opponents on his way to winning the title which is also why he is still unbeaten. This time he has picked the wrong opponent.

Udofia vs. Harding Jr is part of a big night of action that sees Croydon’s rising Light-Heavyweight star Joshua Buatsi (12-0, 10 KOs) defend his WBA International Title against undefeated Croat Marko Calic (11-0, 6 KOs), Chantelle Cameron (12-0, 7 KOs) lands a World Title shot in her very first bout as a Matchroom fighter as she takes on Brazil’s Adriana Dos Santos Araujo (6-0, 1 KO) for the vacant WBC Super-Lightweight crown, ‘The Savage’ Alen Babic (4-0, 4 KOs) returns to the UK looking to impress again as he locks horns with Irishman Niall Kennedy (13-1-1, 8 KOs) in an eight round Heavyweight contest, Aqib Fiaz (5-0) and Kane Baker (13-6) look to settle the score after their Fight Camp disappointment and recent Matchroom signing John Hedges make his pro debut at Super-Middleweight against Jan Ardon (2-4).